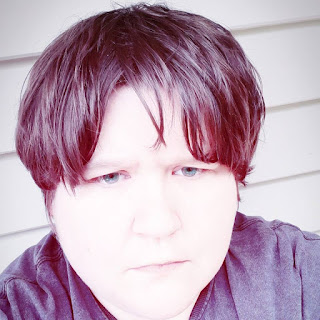 Andi C. Buchanan lives among streams and faultlines, just north of Wellington, Aotearoa New Zealand. Winner of a Sir Julius Vogel Award for their short story "Girls Who Do Not Drown" (Apex, 2018), their fiction is also published or forthcoming in Fireside, Kaleidotrope, Glittership, and more. Their 2019 novella From a Shadow Grave (Paper Road Press) uses a historical murder as a launching point into narratives of multiple possible futures, deploying urban fantasy, historical fiction, time travel and more. You can find Andi on Twitter @andicbuchanan or at www.andicbuchanan.org.

Today we ask Andi about their Six Books

I'm one of those people who always has multiple books on the go but to pick one: I'm really enjoying Under the Pendulum Sun by Jeanette Ng; it's this wonderfully rich writing and worldbuilding that at the same time avoids being too verbose, and the sense of atmosphere is incredible. It's also a novel that's very aware of its influences, even as it twists or rearranges or subverts them. I'm not very far through but I'm liking it a lot.

Oh no, this whole interview is going to have to be about choosing just one, isn't it? I am very much looking forward to R.B. Lemberg's The Four Profound Weaves. I've been following Lemberg's shorter work for a number of years; it's beautiful and warm and comforting, and hopeful without falling into the trap of skirting tougher issues or minimising them. The Birdverse verse (of which The Four Profound Weaves is a part) is filled with people you don't find as often as one might like in fiction, and yet resonate so strongly for me. I'm really excited about seeing what Lemberg does at novella length.

I'm writing this a day before the country goes into lockdown in an attempt to stem COVID 19, so I've been thinking of a childhood favourite, Charlotte Sometimes by Penelope Farmer, a lot. It's the story of two girls who swap places in time; one from the early 1960s, contemporary to when the book was published, and one from the end of World War One. I've been hearing a lot of people say they didn't really know about the Spanish Flu until they were adults (and there's a whole wider discussion there about why it was so infrequently talked and written about) but Charlotte Sometimes got me interested in that era of history at a very young age, and is proving a comfort now.
It's a gorgeously written book, filled with historical detail, but it also allows itself to be funny and adventurous and resonant. It does a lot of clever things with relationships, and the lack of them, and finding connection and while it's not a found family story includes many of the elements that I love that trope for. 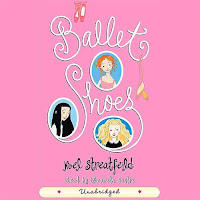 4. How about a book you’ve changed your mind about – either positively or negatively?
I can't think of one I disliked and now liked, or vice versa, but I've been finding myself far more conscious of the perspective of the adults in children's fiction, and in some cases it's changed my view of the stories. There's often so much subtlety, so much between the lines or left unsaid in how parents are written, and it's fascinating to go back and look at that. For example, Noel Streatfeild's Ballet Shoes remains one of my favourite books, but I can't say my adult self isn't more than a little horrified at the idea of a man giving a series of orphaned babies to someone because "women like babies" and then continuing on his travels.

I feel I could choose a different answer to this every day, but I'm going to pick Nina Bawden's Carrie's War (this interview is very much proving to be about the historical children's writing!). It's about siblings who are evacuated from - I think - London to Wales during World War II, and have to navigate living in an authoritarian (and sometimes, at least by modern standards, abusive) household, but also make friends with people who may or may not have magical ability.
I loved it as a child, but more recently I've come to appreciate just how expertly written it is. Bawden draws a lot of complexity into the antagonists’ character, where it would have been easy to leave him as a stereotype. There's so much complex stuff going on, about magical thinking and about guilt, and this very ambiguous magic that you're never quite sure whether to believe in until the epilogue (and maybe not even then). All of this is woven into a novel that on the face of it is about war and living with new people and school and grocery stores so well that it's sometimes hard to pinpoint exactly where in the writing it is - and yet it's definitely there.
There's a scene where Carrie is trying to tell her mother how unhappy she is and - not really through the fault of either party - cannot communicate that, and it's honestly a masterwork of writing, disguised behind a conversation about the counting of sweetener pills, and honestly if I could write a scene like that most of my ambitions would be fulfilled.

My latest book is From a Shadow Grave published by Paper Road Press. It's a novella inspired by the true story of a murdered teenager who is said to haunt a nearby road tunnel. Rather than treat her as a malevolent presence, I wanted to explore her life, and the possible - and impossible - futures she could have had. It's a ghost story, a historical story, an urban fantasy story, and - in places - a time travel story.
I was really pleased Paper Road Press were interested in something as experimental and structurally weird as this, and I've been delighted by the reception it's got. I'm also looking forward to novellas by two friends being released by Paper Road Press this year: No Man's Land by AJ Fitzwater which is a queer historical fantasy (with eels) about the deployment of women to New Zealand's farms during World War II, and Octavia Cade's climate fiction thriller The Stone Wētā.
You can purchase From A Shadow Grave from all the usual places, or direct from the publisher.