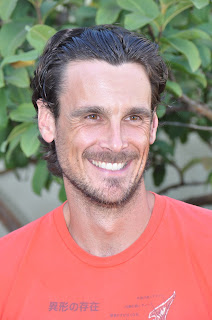 Chris Kluwe is the author of the acclaimed non-fiction collection Beautifully Unique Sparkleponies, a contributor to Press Start To Play, and the lead designer of the tabletop card game Twilight of the Gods.

A former NFL player, Kluwe has received wide attention for his TED talk about the future of technology, virtual reality, and empathy, and has been profiled in The New York Times, The Wall Street Journal, USA Today.

Today Chris Shares his Six Books with Us....

I just finished reading A Pale Light In The Black by K.B. Wagers,
which I enjoyed quite a lot. It's a sci-fi space military type story,
but with lots of excellent character building and representation. I do
book reviews for Lightspeed Magazine so I get lots of ARCs sent my way
:)

Alecto the Ninth, the third book in Tamsyn Muir's Locked Tomb trilogy
that started with Gideon the Ninth. The second book, Harrow the Ninth,
comes out in June, and both it and Gideon are spectacularly weird. I
haven't read an author that original in a long time. I'm also looking
forward to Rhythm of War, the fourth book in Brandon Sanderson's
Stormlight Archive.

Nothing springs to mind, but I'll usually go back and reread one of
Terry Pratchett's Discworld novels at least once a month. It's like
returning to an old friend.


4. How about a book you’ve changed your mind about – either positively or negatively? 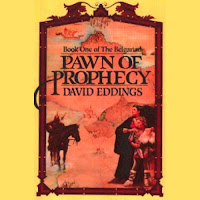 I don't know that I've ever read a book that I liked/disliked and then
went back later and had the opposite opinion. Usually within the first ten pages I know if I'm going to like it or not (I've read a LOT of books, and the only one I forced myself to finish was Atlas Shrugged just to say I'd read it (it's terrible)), and I can't think of any that have shifted. I will say there are definitely books I read as a
kid that I have a different perspective on as an adult (lots of Orson
Scott Card's stuff, David Eddings' work), but I still like them as
stories.

Probably Neuromancer by William Gibson. Up until then I hadn't really
read anything I'd consider seminal, but that one blew my mind. If I
can get even close to writing something that good I'll be fortunate,
as the way Gibson constructs characters and environments out of the
world we inhabit is amazing.

My latest book is called Otaku, and it's a love/hate letter to gaming
culture, along with some other ideas I wanted to explore about our
current society. I've been playing games all my life and if I'd been
born ten years later I probably would have become a professional video
game player instead of an NFL player. Otaku is a reflection on both
the positives and negatives of that world, as well as how that world
is usually portrayed in media, and I'm hopeful people will enjoy a new
perspective on what's traditionally considered a white male space
(there are definitely going to be some people who don't enjoy it,
because I'm, uh, not exactly shy with my feelings about the regressive
elements inhabiting it). Plus I got a nice blurb from William Gibson
so that's one of the highlights of my life so far.