'Venom: Let There Be Carnage' is a turd in the wind

One is reminded of that line that says "full of sound and fury, signifying nothing," but it's sacrilege to drag Shakespeare here 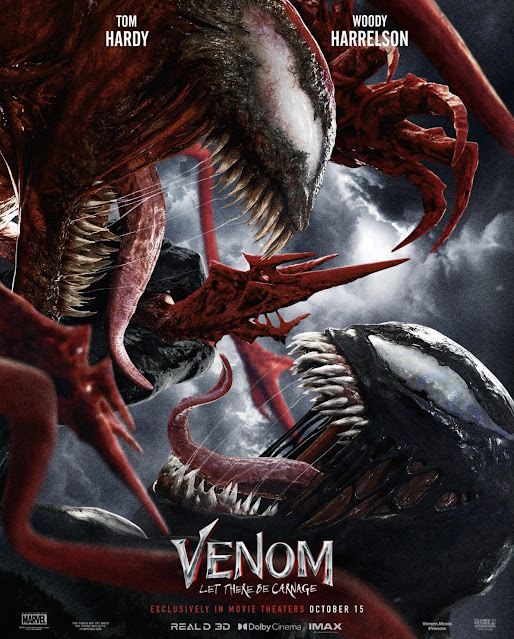 In an early scene of Venom: Let There Be Carnage, the titular symbiote attempts to make breakfast for its host. Pots burn, bottles crash, ingredients fly in all directions, dishes overflow with an unrecognizable mixture of whatever was at hand, and everyone involved ends up smeared in messy goo.

That's more or less how this atrocity of a movie was made.

The first Venom was enough of an embarrassment to watch. It didn't work as an antihero origin story, or as a corporate corruption caper, or as a body horror thriller, or as an alien invasion prelude, or as a buddy cop comedy. Part of the morbid pleasure of watching Venom was the unbelieving shock at how it tried on so many hats and failed to look good in any of them.

This second film manages to botch every part it plays too, but without the strange charm of the first one. You would think a movie directed by the actor who played Gollum would take advantage of all the dramatic potential of a classic Jekyll/Hyde duality, but Venom: Let There Be Carnage has no time for introspection. It rushes from the basic plot point of "heroes break up" to the basic plot point of "heroes get back together" without reflecting on what the separation and subsequent reunion say about the characters, other than the gloomy reminder that they would get promptly killed without each other.

There are glimpses of an attempt to develop a theme here, that being one of partnership, first through the random genetic compatibility that allows protagonist Eddie Brock to survive bonding with Venom, then through the contrived mismatch between our villain's biology and his girlfriend's sonic superpowers, and finally with a reference to Don Quixote and Sancho Panza, a partnership absurdly out of these characters' league. Still, that the final battleground is a wedding scene is no coincidence. The main story follows the beats of a bad breakup, with Venom trying other partners in quick succession and in the end finding it can only live with Eddie. We're not supposed to dwell on the fact that all those other partners had very painful deaths; what demands our attention is the undying bromance between Venom and Eddie, both looking placidly at the sunset, eating brains only occasionally.

This movie should be ashamed that Spider-Man 3 did a better job of presenting its theme of mirroring and double selves. What the character of Carnage brings to the story is not a foil to challenge the protagonist's moral stance, but merely a fleshy target with which to fill an overlong final fight. And its pretense at commentary on the responsibility of the press when reporting on mass murderers (hello, Natural Born Killers) amounts to just a toothy, slimy lip service.

Much like the symbiote, Venom: Let There Be Carnage cannot survive dissection. With a plot that commits the simultaneous crimes of too much spoken exposition and too little actual explanation, and a ridiculous role by Woody Harrelson, evidently hired to reprise his less accomplished Mickey Knox outtakes, the nonsensical hyperviolence that splashes onto the screen in between laughably self-serious dialogues makes you facepalm so many times you leave the theater with a broken nose.