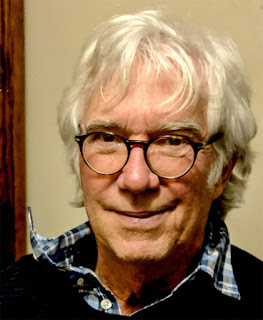 Rudy Rucker is an American mathematician, computer scientist, science fiction author, and one of the founders of the cyberpunk literary movement. The author of both fiction and non-fiction, he is best known for the novels in the Ware Tetralogy, the first two of which (Software and Wetware) both won Philip K. Dick Awards. Today he tells us about his Six Books 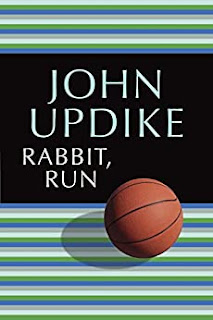 John Updike, the four Rabbit novels. I read them when they came out, nearly fifty years ago, then reread them when Updike died in 1992, and now I got them as ebook, and I’m reading them again.  He’s a master stylist, and his characters are so closely observed.  His main character Harry “Rabbit” Angstrom seems a more distressingly sexist this time around, although he was always meant to be a bit of stereotype in that regard.  Why Updike right now?  Well, I need a constant stream of things to read, and I enjoy highly literary work.  Last week, just before going back to Rabbit, I read the new Jonathan Franzen novel, Crossroads. Compulsively readable although. in the end. a letdown for me. I felt the characters were characters were so obsessively religious as to be  unconvincing.  And I got the feeling that even Franzen didn’t like them. I prefer a novel  where the author loves and sympathizes with his characters, even the villainous ones—and this is something Updike does well. 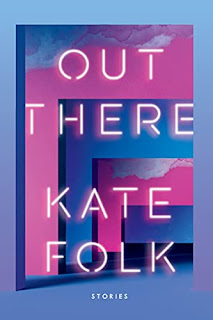 There’s a young woman named Kate Folk who’s publishing a book of stories called Out There in spring 2022. I learned of her via a story by her in the New Yorker, and I follow her amusing, deadpan Twitter posts. She’s an example of a young contemporary author who is essentially writing science fiction, at least some of the time—but who are not tarred with the SF brush. I call this genre transrealism, a word I’ve been using for a long time, to mean high lit that uses SF&F tropes to intensify the tale. 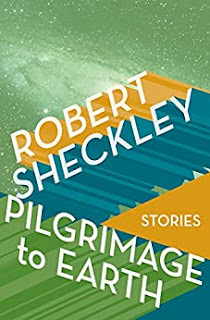 I reread Moby Dick and Gravity’s Rainbow every few years. And recently I’ve been rereading a lot of Robert Sheckley’s work.  He was the first SF writer whom I really and truly and unreservedly admired.  And later I was lucky enough to meet him and spend some time with him. A truly hip guy, a Beat SF author for sure.

4. How about a book you've changed your mind about over time—either positively or negatively? 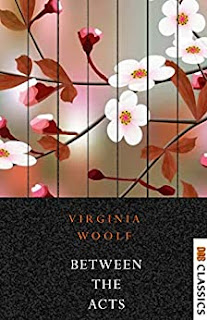 At different ages, you draw different things from books.  When I was in high-school, I admired Ernest Hemingway and J. D. Salinger, and by now their work strikes me as unreadable.  Conversely, I’m still discovering authors who I didn’t try before. I was on a big Dorothy Sayers kick this winter. And I picked up on Virginia Woolf’s final novel, Between the Acts, wonderfully surreal and right on the edge of madness. 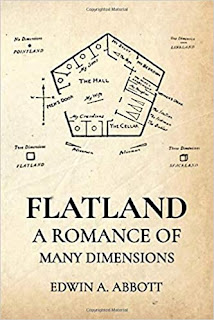 I already mentioned Sheckley as an early influence, especially his crystalline  anthology, Untouched by Human Hands. And Alice in Wonderland / Through the Looking Glass. And Abbott’s Flatland. William Burroughs was another big influence. In some ways Burroughs was an SF writer.  My big brother had a subscription to Evergreen Review, so I was able to start reading Burroughs at the tender age of fifteen—and I loved his voice. As the twig is bent, so grows the tree.

6. And speaking of that, what's your  latest book, and why is it awesome? 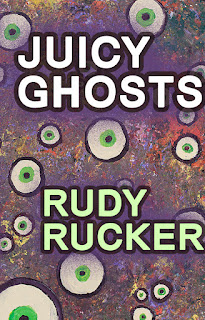 My twenty-fourth novel:  Juicy Ghosts.  It’s a wild ride, with an insane, evil President and a pandemic. Hip, dark, funny. Features commercial telepathy, and immortality as a digital soul that is linked to a living body: a juicy ghost! I got started on this book when you-know-who started saying he wanted to be a three-term President.  That pushed me over the edge.  So I wrote a story about assassinating someone like him. And the novel grew out of that. Perhaps unsurprisingly, I was unable to land a mainstream publisher this time around. I raised money with a Kickstarter and published it via my own Transreal Books. It could be my best book to date—with romance, tragedy, metaphysics, gnarly science, and lots of women point-of-view characters.