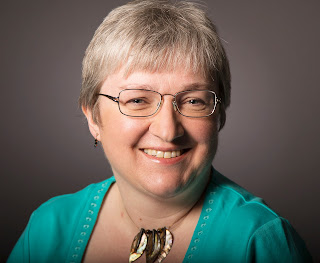 Juliet E McKenna is a British fantasy author living in the Cotswolds, UK. Loving history, myth and other worlds since she first learned to read, she has written fifteen epic fantasy novels so far. Her debut, The Thief's Gamble, began The Tales of Einarinn in 1999, followed by The Aldabreshin Compass sequence, The Chronicles of the Lescari Revolution, and The Hadrumal Crisis trilogy. The Green Man's Heir was her first modern fantasy rooted in British folklore, followed by The Green Man’s Foe and The Green Man’s Silence. She writes diverse shorter stories enjoying forays into dark fantasy, steampunk and SF. 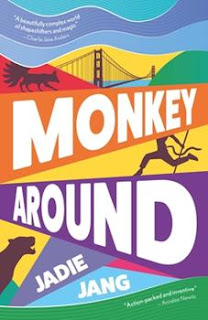 I’ve just finished Monkey Around by Jadie Jang. It’s a debut urban fantasy set in San Francisco and it’s really good! Maya McQueen is a barista, social activist and monkey shape-shifter who needs to find out why other supernaturals are disappearing and/or turning up dead. Jang has drawn on Asian and other myths to create a supernatural world that reflects the Bay Area’s multicultural population so she’s offering something intriguing and refreshing. The pace is fast, the plot is tight and the writing draws you in from page one. Maya and her friends – and enemies – are people you’re really going to care about. 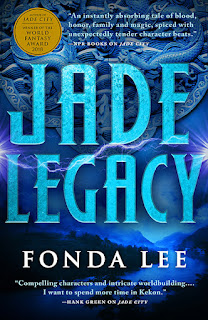 Jade Legacy by Fonda Lee. I read Jade City when I was one of the World Fantasy Award judges. It’s a modern secondary world fantasy set in the city of Janloon which has echoes of Hong Kong, Tokyo and any number of other places without being a copy of any of them. Janloon is the source of magical jade that confers superhuman powers, and it’s where the rival clans who control the jade live and fight for supremacy. I found the book utterly compelling. So compelling in fact that a tiny part of me wondered what she could possibly do with the second instalment that would have the same impact. Well, Jade War expanded this world in fascinating directions, so I am waiting impatiently to see what happens next. 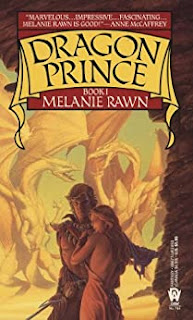 I’ve been meaning to reread Melanie Rawn’s ‘Dragon Prince’ books for ages now. These books had a real impact on me as a reader, what, thirty years ago now, and I’m convinced they helped steer epic fantasy in a new and positive direction at the time, alongside the writing of authors like Katherine Kerr and Elizabeth Moon. 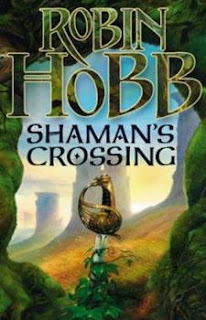 Shaman’s Crossing by Robin Hobb. This is the first book of The Soldier Son trilogy, and I had to make a real effort to persevere with it. I’m such a fan of the three ‘Realm of the Elderlings’ trilogies that came before this, that the very different setting, characters and themes really jarred. At the time, I didn’t think I would have stuck with it, if it had been written by any other author. Since then, I’ve wondered if I would have had those problems if some other author had written that story. I don’t think so. I’ve realised I was bringing far too many unfair expectations and preconceptions with me. I’m glad I went on to read the whole trilogy as by the time I had completed the story, I could appreciate Shaman’s Crossing on its own merits. 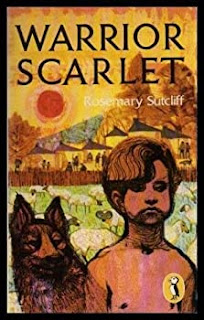 Warrior Scarlet, by Rosemary Sutcliff. She’s better known as the author of The Eagle of the Ninth, and I loved that, as well as her many other books. Warrior Scarlet though, that’s the one I went back to most often. Drem is a boy in Bronze Age Britain whose hopes of becoming a warrior seem doomed by his withered arm. If he can’t kill a wolf, how can he defend his tribe? It’s a story about coming to terms with the fact that life so often isn’t fair, that people can end up excluded through no fault of their own, and about rising above adversity for your own sake, not anyone else’s. That might sound a bit grim but it’s really a very humane and compassionate story about the realities of growing up. 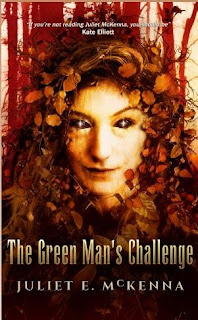 The Green Man’s Challenge is published on 28th September 2021, and it’s the fourth story about Daniel Mackmain, a hard-working carpenter who just wants to get on with making a living in modern-day rural Britain. The thing is though, Dan’s mother is a dryad and that means his life gets complicated because he can see supernatural spirits and creatures causing problems that ordinary people can’t explain. Who else is going to stop that sort of trouble before things get a whole lot worse?

This time, Dan’s girlfriend Fin, who comes from a family of swan shapeshifters, thinks she’s seen a giant. Normally, the first thing he would do is look for folklore about something he has to tackle. This time he soon learns that there’s not a lot to go on beyond children’s stories. No one can even explain where those fairy tales came from in the first place. Dan has to look for help elsewhere, from the supernatural inhabitants, and from other humans who have a foot in both worlds. It’s not easy to work out who he can trust. Everyone has secrets, and not everyone’s convinced they can trust him.

Why is this awesome? Because bringing British myths into the modern world offers such intriguing possibilities and some really dramatic clashes.