Monica Byrne grew up in Annville, Pennsylvania, as the youngest child of two theologians. She studied biochemistry at Wellesley, NASA, and MIT before pivoting to fiction and theatre. She is the author of the novel The Girl in the Road, winner of the 2015 Otherwise Award; as well as the plays Nightwork, What Every Girl Should Know, Tarantino’s Yellow Speedo, and Ohio!, which have been performed around the world. She also performed the first science fictional TED talk in Vancouver. You can visit her online at monicabyrne.org and support her work at patreon.com/monicabyrne. She is based in Durham, North Carolina, and loves a good thunderstorm. 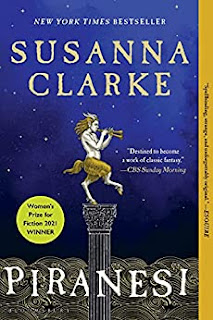 I just started Piranesi by Susanna Clarke and I adore it so far. It's very hard to do dream-fiction well--fiction that genuinely puts you in the headspace of, not only another world, but an exquisitely specific one that doesn't obey any of the rules we're used to. I wish more fiction took risks like that. 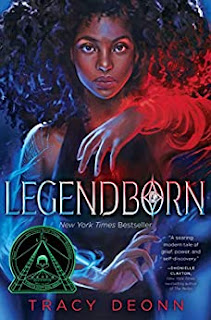 Bloodmarked by Tracy Deonn. It won't be out for awhile, but it'll be worth the wait. It's the sequel to Legendborn, her brilliant retelling of the Arthurian legend at the University of North Carolina, which was built by enslaved people. You'd think there'd be no connection--but she's an absolute magician.

Legendborn, now that I just finished kvelling about it!

4 A book that you love and wish that you yourself had written. 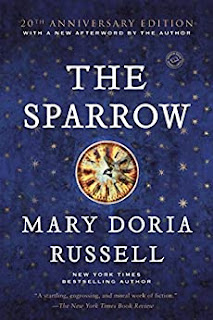 I wouldn't go so far as to say it's something I wished I'd written--one of the best things about great books is that they're wholly unique, that they could only have come from that author--but that said, The Sparrow by Mary Doria Russell comes very close to something I feel I'd have written. A Jesuit priest is traumatized by his first contact with an alien species. I mean come on, I live in that Venn intersection. 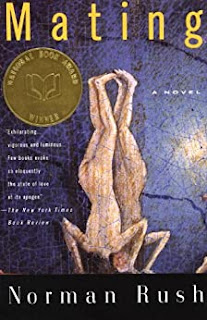 Mating by Norman Rush. He does such an incredible job of balancing density with clarity, and that's a balance I always aim for--to communicate big ideas in as simple language as possible. 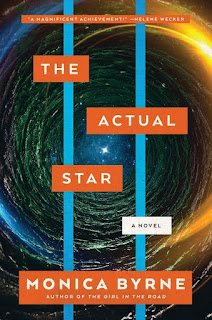 It's called The Actual Star. And as for why it's awesome, you have to read this aloud in the voice of Peter Falk at the beginning of The Princess Bride:

"Has it got any sports in it?"

*Okay, there's no fencing. But there are definitely spears.

You can find out more about The Actual Star right here at Nerds of a Feather, in a review by Arturo Serrano.
POSTED BY: Paul Weimer. Ubiquitous in Shadow, but I’m just this guy, you know? @princejvstin.
Posted by Paul Weimer at 10:00:00 PM