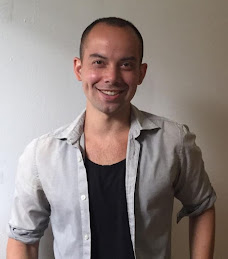 Congratulations to Simon Jimenez, who is nominated this year for an Astounding Award! Not a Hugo, but awarded at the same ceremony, the Astounding Award is given to the best new writer whose first professional work was published in the last 2 years.

Jimenez's debut novel, The Vanished Birds, was also nominated for the Locus award and was shortlisted the Arthur C. Clarke award.  In the space opera future of The Vanished Birds, faster than light travel is done through "pocket space". Much of the story revolves around freighter captain Nia Imani, who spends  months in pocket space while 15 years pass for the rest of us.  With time literally flying by, the chapters jump forward and backward in time, allowing the reader a larger view of Nia's universe. And what must it be like for Imani? She enjoys what she does, but everytime she touches down planetside, 15 more years have passed - children are adults, adults are older, elders have passed away.  And soon the crew of Nia's ship have new crew member - a mysterious young boy.   Their  life is peaceful for a few years . . .  until everything goes pear shaped.

Reviews of The Vanished Birds have compared Jimenez's it to the works of Samuel Delaney and Ursula K. Le Guin, with many reviewers calling it the best debut of 2020.

Jimenez was kind enough to have a short chat with me about his inspirations behind The Vanished Birds, how long it took to write this ambitious novel, among other topics. Let's get to the interview!

NOAF: Welcome to Nerds of a Feather! Can you tell us a little about yourself?

Simon Jimenez: Sure! My name is Simon Jimenez, and I am the author of the sci-fi novel The Vanished Birds.

NOAF: What were your inspirations behind The Vanished Birds?

S.J.: The emotional core of the book was influenced by my insecurities and obsessions surrounding time, aging, and intimacy, but a lot of the genre-level inspirations came from Simmons’ Hyperion series, Bester’s The Stars My Destination, and a ton of other seminal works that were not necessarily sci-fi. 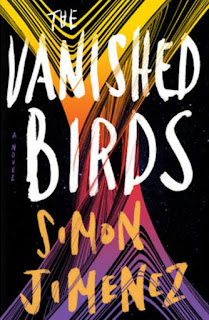 NOAF: Nia's ship travels faster than light, through pocket-space. For every 15 years of our time, Nia and everyone on her ship only experiences eight months. What does that do to a person, to barely grow old as their friends and family age and die? How has Nia's lifestyle affected her?

S.J.: I imagine it is a very isolating experience - probably has some emotional parallels to the classic tales of immortal beings doomed to watch countless lovers and, as you said, family and friends, grow old and pass on without them. There is a power to aging slower than others, but also a loneliness. The idea of mortality might be a constant and looming presence. It would also warp their relationship with nostalgia, and reminiscence.

Regarding Nia, this is a lifestyle she opts into – it doesn’t change her too dramatically, I don’t think, but rather further cements her already self-isolating habits.

NOAF: Who was your favorite character to write in The Vanished Birds? Which character was the most challenging to write?

S.J.: My favorite character to write was Sartoris Moth, a verbose socialite who is dropped into a situation that is out of his depth. He likes words, and talks a lot, which makes him easy to write.

The most challenging to write was the boy around whom the novel pivots. He has an unusual backstory - one that is not immediately relatable. It took me time to get comfortable writing him.

NOAF: How long did it take you to write The Vanished Birds? While you were writing the book, what surprised you the most?

S.J.: From the first chapter to final draft submission – say a little more than three years?

In terms of surprise, this may sound glib, but while writing the book I was most surprised by my capacity to actually write a book. Before then, the longest thing I had written was maybe thirty, forty pages. Writing more than a hundred seemed impossible.

Turns out it just takes time.

NOAF: What's next for you? Do you have any new or current projects you can tell us about?

S.J.: I am finishing up a mythic fantasy novel called The Spear Cuts Through Water. It should be out spring 2022.

NOAF: Thank you so much for chatting with me!