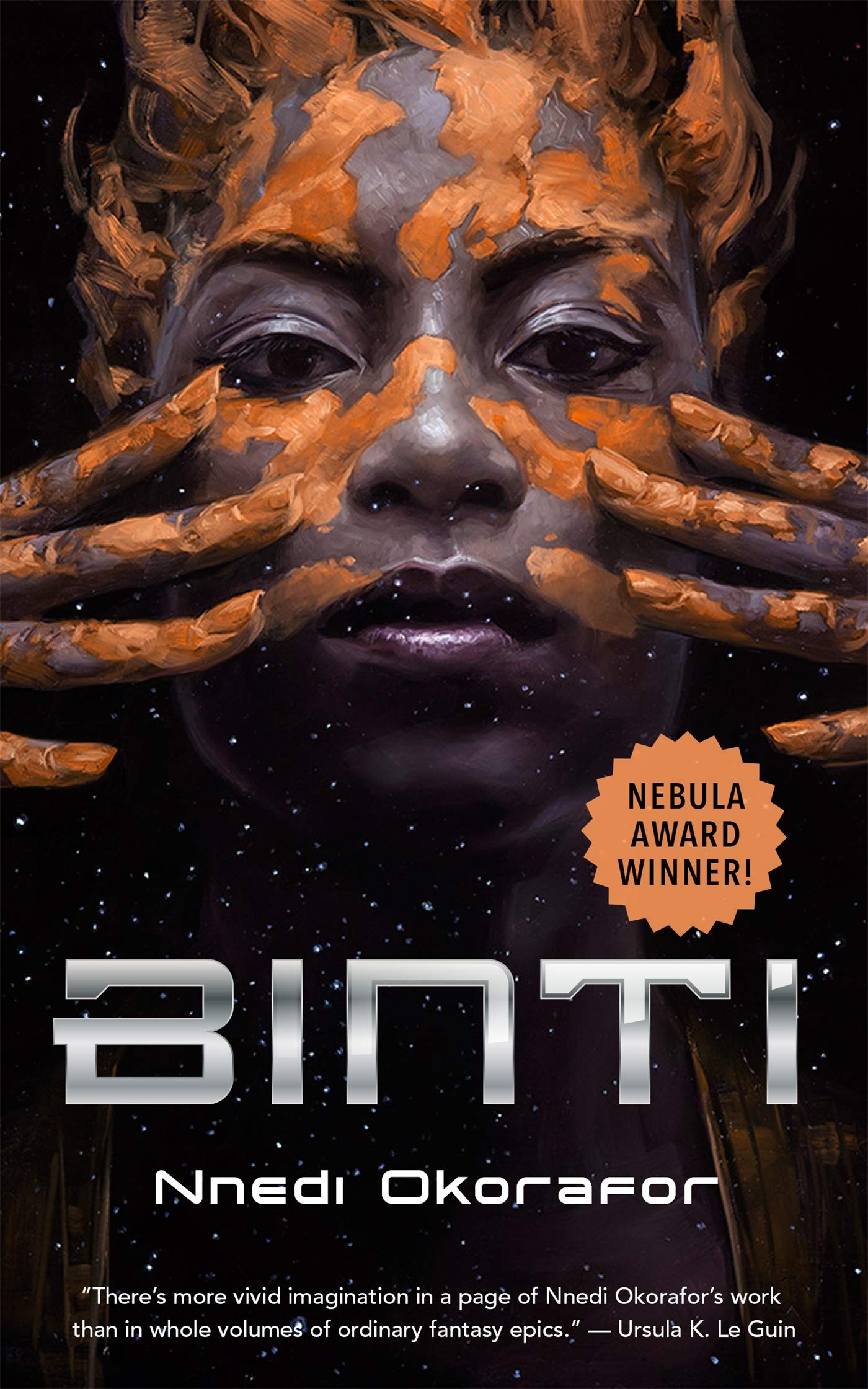 Executive Summary: Her name is Binti, and she is the first of the Himba people ever to be offered a place at Oomza University, the finest institution of higher learning in the galaxy. But to accept the offer will mean giving up her place in her family to travel between the stars among strangers who do not share her ways or respect her customs.

Knowledge comes at a cost, one that Binti is willing to pay, but her journey will not be easy. The world she seeks to enter has long warred with the Meduse, an alien race that has become the stuff of nightmares. Oomza University has wronged the Meduse, and Binti's stellar travel will bring her within their deadly reach.

If Binti hopes to survive the legacy of a war not of her making, she will need both the the gifts of her people and the wisdom enshrined within the University, itself -- but first she has to make it there, alive. (From Goodreads).

Assessment: Binti embodies the promise of the novella as a narrative form. It is a compressed novel, featuring all the plot, character and thematic development you look for in a novel, but hyper-economical in its delivery. We are thrust into a world where few of our current assumptions hold. It is afro-centric, in the sense that both Binti herself and the two named human peoples come from Africa and are rooted in African cultures, though only the Himba correspond to a named human people on our Earth. It is futuristic, in the sense that there are technologies far more advanced than our own, including star travel and mysterious devices like the ubiquitous astrolabe (which made Binti's people, and in particular her family, famous throughout the galaxy) and an ancient relic whose properties only Binti can unlock. But we are given no lengthy exposition on how these technologies work - or even, in some cases, what they are used for. The alien Meduse, for that matter, are suitably alien - in physical terms, they are nothing at all like humans.

Readers used to the techno-fetishism of "hard" SF will likely recoil at this approach, but as far as I'm concerned it's exciting. The air of mystery is enveloping and engrossing. We are treated like adults in this world, hearing a story delivered with all the assumptions someone would make if they were telling a mimetic story in our world. The focus is squarely on the characters and dramatic events, and Okorafor's prose is elegant yet unobtrusive. Binti is truly a standout among novellas, and worthy of all the accolades it has received.