Nanoreviews: The Witness for the Dead, The Worst of All Possible Worlds, The Liar of Red Valley 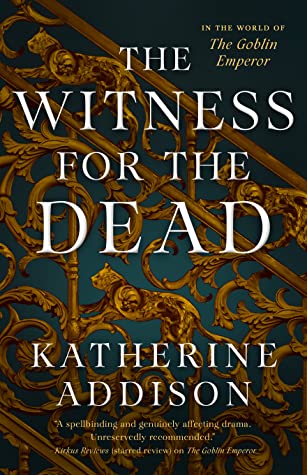 The long awaited continuation of The Goblin Emperor takes place far away from Maia's court and almost all of the characters of the first book, taking place mostly in the distant small city of Amalo where Thara Celahar - the witness for the dead who uncovered the truth of the previous Emperor's death in the first book - has ended up working. Thara's situation, already challenging during the events of The Goblin Emperor, got even worse over the course of the book, but he has maintained his attitude towards upholding his profession. It's his Witnessing that leads him to take on a series of tasks in Amalo and its surrounding areas - most prominently, the death of an opera singer in mysterious circumstances - and through that, take us on an adventure as an audience through more of this intricate, fascinating world.

The Witness for the Dead is a very different book to its predecessor, although much of the DNA carries over. While Amalo is a significantly more provincial setting, the fundamental worldbuilding quirks - this is a world full of elves and goblins (who are apparently different races of the same species rather than completely different species) who express emotions through their ear position, have "good hair" if it's white and accepts intricate braids, and in the parts where the series has been set, look down on goblins as less than elves in a much closer corollary to human racism than most fantasy worlds create. Thara, too, is a similarity, as a protagonist fundamentally interested in doing the right thing, although his professional calling and the way it is portrayed, particularly when it comes to making difficult decisions, feels different to Maia. There are small details in the development Amalo, too, which make it feel convincingly like a provincial capital whose political elites are far enough from the centre for it to affect the way their political ambitions play out, without being fully disconnected from the emperor's reach.

With intricate worldbuilding and cinnamon roll protagonist in place, The Witness for the Dead has an easy recipe for success, and it uses those elements to solid effect. My favourite parts of the book by far are those involving the mystery at the opera company, as Thara uncovers the mystery behind the death of Arvenean Shelsin, a mid-soprano whose behaviour quickly turns up plenty of reasons for someone to dislike her. Thara's scenes at the opera, and particularly his dynamic with Pel-Thenhior, its composer, feel tight and engaging. So too do the other cases Thara takes on - a disputed inheritance, a ghoul sighting in a neighbouring town, a marital poisoning that threatens to be the latest in a series - although none bring the vibrancy of supporting characters that the opera does. Where Witness for the Dead struggles is in interweaving all of these strands together into something that maintains tension and engagement throughout. The mid section, in particular, I found it harder to stay engaged (because there's no opera bits, are you seeing a theme here). In a book that didn't have such a high bar to live up to, this might not have been worthy of note, but it is worth setting expectations that Witness for the Dead doesn't quite hit the same magic as its predecessor, nor did it leave me with quite the same feeling of warm, fuzzy, heartwarming hope as I got from the end of The Goblin Emperor. For what it does do, though, this is a really enjoyable book, in a world that I'd read more from in a heartbeat. 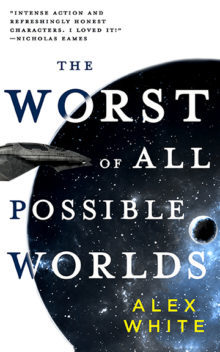 One of the best parts of long-haul storytelling, something that book series and TV shows have the opportunity to do that their more self-contained counterparts often don't, is the ability to play out character relationships over the long haul. Sometimes that's a relatively static process, trying to maintain a roughly consistent dynamic within a set of characters while balancing the stories on top of it. Sometimes, it makes space for lots of big reversals and redemptions and splinter arcs which keep the drama levels high while enabling the characters to react to events as they happen. And sometimes, you get a crew or a found family that just gets cosier and more enjoyable to spend time with the longer a series goes on. That's how I feel about Alex White's trilogy-ending The Worst of All Possible Worlds, which brings the adventures of Nilah, Boots, Orna and the crew of the Capricious to a close in an adventure that's fast paced, high stakes and full of character moments that I really enjoyed (the wedding being a particular highlight, because who doesn't enjoy a good spaceship wedding?)

The other great thing about this series - covered in my longer reviews of its two predecessors - is how seamlessly it blends magic into a fighty shooty space opera. Almost everyone in the Salvagers universe has some kind of magic power (and not having magic is a significant disability in a world where a lot of technology is built around it, as Boots can attest) but the way these range from small abilities like being able to keep things clean, right up to control over space and time, makes the things involving people who can do the latter legitimately terrifying and unpleasant for everyone whose powers are more modest. Even more than its predecessors, The Worst of All Possible Worlds seems to lean in to an "age of arcanum gone to space" feel, particularly given the quest objective in this one (which I won't spoil if you haven't picked up the series yet).

The Salvagers series might not be as flashily extraordinary as some of its peers on the space opera shelf, but it more than holds its own as an adventure that blends space opera with fantasy tropes. The Worst of All Possible Worlds really sticks the landing for these characters too, and I'm very glad I stuck it out for the full trilogy. 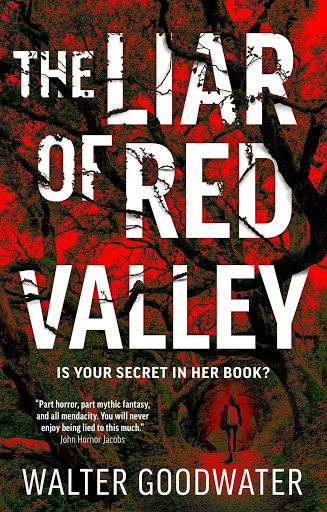 Is the American Gothic genre supposed to be this much fun to read? I feel weird saying it, and yet that's the first thing I think about Walter Goodwater's fast-paced small-town novel, in which the residents of Red Valley apparently maintain the most petty, small-town mindset in the face of bizarre rules and events which govern their home. After the sudden death of her mother, Sadie inherits the title of the Liar of Red Valley, a woman responsible for keeping people's darkest secrets so that they don't have to live with their reality (for a price, of course). The only problem is that Sadie's mother never really prepared her for her role, or taught her what it means to be part of the magical fabric that keeps Red Valley - and its mysterious King - in balance.

The Liar of Red Valley is effective in its creepiness - the recurring presence of the Laughing Boys, young men who invite demons to live in their skulls for the high it brings, is a particular highlight - but because Sadie is such a resourceful protagonist (albeit one with an isolated, complicated past), it never feels like it wallows in that creepiness. Instead, the story is pacey and fast-moving, introducing us to a range of weird and wonderful characters on the fringes of Red Valley's society and putting her on a path to figure out, you know, the town's whole deal, and whether the folk who don't fit in to the population's narrow view of respectability can do anything to build a community there. The result is - oh no, I'm going to say it again - a great deal of fun, which seems odd for a "chilling" Gothic but I enjoyed the hell out of reading this book and that's what's important here.