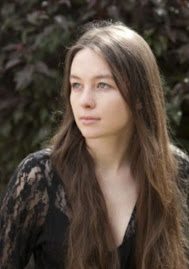 When Nommo award finalist Kerstin Hall said she was writing a dark fantasy, she wasn't kidding. A short story that became a novella that became a novel, Star Eater is a harrowing story of inherited power, magical bloodlines, political intrigue,  and who can sacrifice the most.   Oh, and ritualized cannibalism.

After the death of her mother, Elfreda joins the other acolytes in the Sisterhood. A nun-bureaucrat-priestess, she's about to learn more than she ever wanted about how the government of this floating city works. And she wants out. When another nun asks her to become a spy, Elfreda leaps at the chance, thinking this could be her way out.  Head over to Tor.com to read an excerpt of Star Eater.

Based in Cape Town, South Africa, Hall's work has appeared in Strange Horizons and Fireside and the anthology Terra Incognita, and she is the author of the novella The Border Keeper.  She has worked at South African literary magazines and is a first reader at Beneath Ceaseless Skies. You can learn more about Hall at her website kerstinhall.com, or by following her on twitter where she is @Kerstin_Hall.  Hall was kind enough to answer a bunch of my questions about the world of Star Eater, the worst possible way to acquire power, and the joys of a fancy pen and nice stationary.

NOAF: As a Sister, Elfreda is a guardian of the nation of Aytrium. What exactly does a Sister do? How do they do it?

Kerstin Hall: Aytrium is a continent suspended over a monster-plagued wasteland — so one of a Sister’s most important functions is to keep the continent floating. This is achieved by means of hereditary magic passed from mother to daughter.

Given their fundamental role in safeguarding the continent, Sisters also wield tremendous sociopolitical power, and their Order controls every branch of Aytrium’s government. Within that system, Elfreda is a minor but enthusiastic bureaucrat; she researches alternate food sources such as bugs and mushrooms.

NOAF: Elfreda doesn't want to be a Sister. Once you are in that Order, is it possible to leave?

KH: Oh no, all Sisters are born into the role. Elfreda resents this, but also recognizes that the Sisterhood serves as her nation’s only defense against the eldritch creatures below.

NOAF: A magical bloodline, spies and deception, cannibalistic magic. What is the significance of the title, Star Eater?

KH: The Sisterhood practices ancestral worship, and the titular ‘Star Eater’ is the woman who first raised the continent of Aytrium into the sky.

NOAF: Cannibalism? Yikes. Where did the idea for that come from, and how is it worked into the story?
KH: Like all Sisters, Elfreda is a cannibal. Not in a “fava beans and a nice chianti” sort of way, but her magical power is derived via endocannibalism. She’s not thrilled about this.

When I was originally planning the novel, I was thinking a lot about power and its costs, and I wanted to extend that consideration to the magic system. Like: what would be the worst way to acquire power, and then how would using that power be justified?

I landed on: “eating your family members in order to prevent the obliteration of your society.” 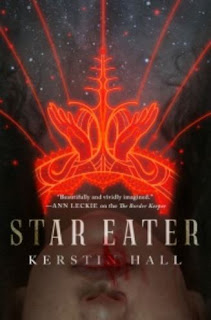 NOAF: You wrote on your blog that Star Eater started out as a 30 day writing sprint, and that your first shot at it was, well, a first draft. What was the story's journey from that original manuscript to the final finished book?

KH: The 30-day version of Star Eater was a novella, which was technically the expansion of a short story idea for a now-defunct publication. It just kept getting bigger!

I don’t know, every time I got to the end of a draft, the story felt incomplete. So I would go back to the start and rewrite it. And five years later… well, I hope it’s finished now! It’s gone to the printers, so it had better be!

KH: I love Beneath Ceaseless Skies!

Because there’s such a diversity of markets, audiences, and writers, I’m not sure I can offer much in the line of global advice. But I will say that rejection is usually the price of admission — in most circumstances it’s better to submit and fail, than not submit at all.

For people wanting to become slush readers? I highly recommend it, but invest your time wisely. I’ve been badly burned working for unprofessional publications, and walked away from those experiences with considerable bitterness. Value and safeguard your time, and if you’re unhappy, quit.

NOAF: What do you enjoy most about writing? What frustrates you?

KH: I’m not a fast writer, although I used to be. That frustrates me. I wish I could throw out a finished draft every six months, but unfortunately that’s not happening right now.

On a positive note, I enjoy most aspects of writing, from worldbuilding to character development to prettying up my prose. And on a purely mechanical level, I also like using nice stationary. I’m an absolute sucker for a fancy pen.

NOAF: Thank you so much Kerstin!