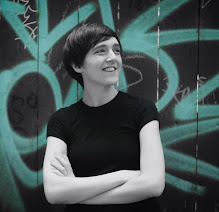 An extroverted and scandal prone noble and a shy diplomat have to make things work through an arranged marriage.  How do you trust someone you barely know?  How do you talk about "family", when your family is sort-of horrible?  Throw in political machinations, power vs kindness, and Everina Maxwell's debut novel Winter's Orbit just turned into the queer space opera I've been waiting for since I read Lois McMaster Bujold's Captain Vorpatril's Alliance.  Added bonus - Winter's Orbit isn't book twenty-whatever!   Over at Locus,  Liz Bourke said of Maxwell's debut "Well-paced and deftly written, it’s one of the most enjoyable space (or planetary) opera romances that I’ve had the pleasure to read".

Maxwell published an earlier version of Winter's Orbit on Archive of Our Own, which allowed her to post the story chapter by chapter, with cliffhangers and fast paced banter and action.  I was so curious about Maxwell's experiences with moving from online publishing to traditional publishing, that I asked her! Along with a million other questions she so thoughtfully and patiently answered about the inspiration behind the novel, awkward "first meetings", (my favorite!), why a far future society would need something as archaic as arranged marriages, and more.

Maxwell grew up reading all the doorstopper space operas and Georgette Heyer books she could get her hands on, and she currently resides in Yorkshire, where she balances a day job, her writing career, and a love of watching "Let's Play" videos.

Looking at the tag line on that cover art, I find myself singing Rachel Platten's "Fight Song", which I'm hoping turns out to be a just-right earworm for this book. 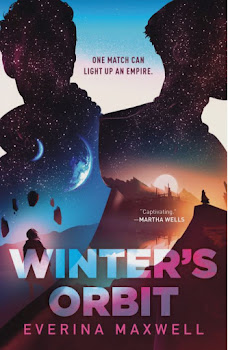 NOAF: Congratulations on your debut novel, Winter's Orbit! There's a lot going on in this book that I know readers will love sinking their teeth into . . . can you give us the quick elevator pitch?

Everina Maxwell: Prince Kiem is an extroverted scandal magnet and the Emperor’s least favorite grandchild. Jainan is a quiet diplomat from a vassal planet who’s just lost his first husband. They’re ordered to marry to secure a vital treaty and keep the peace between their planets. Kiem is horrified that Jainan has been forced to marry during his mourning period, while Jainan is determined do his duty whatever the cost. But when he finds out his late husband’s death was no accident, he needs Kiem’s help to avert an all-out war.

NOAF: My first thought was “Jainan's husband died? That's so sad!” and then I read some reviews to learn, well, it's wasn't the best relationship in the universe. And Prince Kiem walks right into that! How in the world did you write their dialog and the scenes when they first meet?

EM: Hah, yes, Prince Taam’s death was no great loss to the world. The new couple’s first meeting was one of my favorite scenes to write, actually – I love it when one character is dreading an encounter because of all the rules they think they have to abide by, and the other character hasn’t got the faintest idea what is going on and is just there to be friendly in a normal way (or, since it’s Kiem, in the same way as a golden retriever puppy on his best behavior). Jainan and Kiem are both trying their absolute best! They’re just working from very different assumptions about what the other one wants from them.

NOAF: What inspired you to write Winter's Orbit, and what kinds of things were you thinking about while you were writing it?

EM: It grew from the core of that scene above – that dynamic of carefully treading around each other while growing to rely on each other is catnip to me. The book was a great source of comfort while I was writing it, both the actual writing and sharing it online, because it let me live in the heads of two characters who are both healing and trying to be kind.

EM: There’s probably too much diversity to nail down one thing, on Iskat and across the other planets, since I think like anywhere else different people would want different things – stability, belonging, adventure, companionship, power. In the palace, where the story takes place, most people are aiming for power. It’s common for royals to achieve official positions and influence in government. Prince Kiem, at the start, has failed out of that career track; the work he does with press and charities wouldn’t be considered particularly impressive. Much of his arc deals with achieving his own version of happiness.

NOAF: Winter's Orbit is a far future space opera complete with interplanetary politics and the rumblings of a system wide war for resources and political might. And yet it starts with a very old fashioned notion – an arranged marriage. How did you balance the ultra-traditional idea of arranged marriage with the futuristic sci-fi trappings of a space opera?

EM: I’m pretty fascinated by the fossilized traditions we keep in modern societies—some would say marriage itself, even the familiar form of it, is an archaic tradition. Iskat isn’t a purely logical society, by any means, but it’s meant to be illogical in the same way as most human societies. They’ve kept a small handful of arranged marriages as a political tradition. The royals and diplomats involved are generally volunteers, and in normal times they’re expected to work the relationship out between themselves, whether that ends up being friendly camaraderie, romantic affection, or ruthlessly arranging their schedules so they’re always on different planets. But Iskat is currently in a political crisis, and the problem with dictatorial heads of state having powers is that, given a problem, they’re inclined to use those powers. Hence, at the start of the book, Prince Kiem being summoned to the Emperor and told he has to marry Jainan the next day.

NOAF: You published an early version of Winter's Orbit online at Archive of Our Own. What was the experience like, going from publishing it online, to then working with a traditional publisher?

EM: Pretty terrifying, honestly! Throughout editing I was nervous of what the people who read it as original fiction on AO3 would think of the new version, which has more worldbuilding and a plot with a much wider scope. Also, on AO3 people were very kind and didn’t tend to ask awkward questions like “why is this thematically inconsistent” or “why haven’t you explained how this worked” or “can you please pick one spelling of this character’s name and stick with it” – which the traditional publishing process absolutely asks and makes you fix. I think it’s a much better book now; I certainly love the new material myself. I hope both old and new readers will enjoy it!

NOAF: Like many writers, you also balance a full time day job. How do you make time to write, and find time to do all the other “writerly things” such as editing, working with your agent, and doing publicity activities?

EM: I could definitely do with another six hours in the day (who couldn’t). I’ve always written around the edges of my day job, particularly in the mornings, and that time can easily get sucked up by other ‘work’ things. But I’m drafting the next book now, which is not a sequel but set in the same universe, and I’m just taking it at the speed I need to in order to write the best book I can. I wish I was faster, but ultimately I want to do the characters and the story justice.

NOAF: Thank you so much for this wonderful interview!