We are only one month into 2021 and thanks to primarily sheltering in place at home my New Year's resolutions are off to a pretty good start.  I was able to remove one board game from my pile of shame, continued on my Manga journey, and made a family trip to my local comic book store.  My son and I played Back to the Future: Back in Time from Funko Games.  This game oozes theme as you assume the roles of various characters in your attempt to get Marty's mom and dad to fall in love in time.  It was a delight and is a good mix of the luck of the dice and strategically working together. 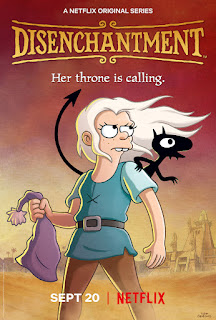 What I am Watching:

Two weeks ago we were treated to the first two episodes of Wanda Vision and the bar for original content on Disney + has been set extremely high. On the surface it is a campy homage to sitcoms I used to watch on Nick and Night, but under the hood is a mystery that my entire family has enjoyed speculating about. The sheer amount of Easter Eggs packed into each episode makes it well worth your time.

My kids and I also went down the Disenchantment rabbit hole after the third season launched on Netflix and it is a series that gets better with each episode. What started as a series that featured a lot of low brow humor that wouldn't fly on the networks, has grown into an interesting universe with surprises around every corner.  The series started to come together towards the end of the first season, but we have enjoyed the first three episodes of the new season that we have seen thus far. 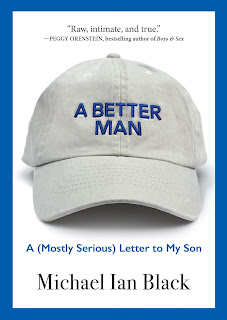 What I am Reading:

As I noted earlier, I have been enjoying Fairy Tail minus the misogyny and sexism.  It has led to some good conversations with my son and I love how welcoming and accepting the Fairy Tail guild is of everyone.  People who were once villains are welcomed with open arms and they truly care and support one another.  I just wrapped reading Volume 21 and still have quite a bit left.  It has been great sharing this series with my son.

I have also been reading A Better Man: A (mostly serious) Letter to my Son by Michael Ian Black.  As a father it really resonated with me and addresses topics like toxic masculinity, empathy, and vulnerability. I have been a fan of Black's since his Stella days, and have always enjoyed his approach to issues like this.

My Plans for February:

I hope to continue doing well on my New Year's Resolution.  Godzilla: Tokyo Clash is next on my list of games to play and I really hope to cross off Unmatched: Jurassic Park as well. Next on the Manga list is going to either be Black Butler or to revisit the Promised Neverland.  A former student worker of mine was obsessed with Black Butler and I think I owe it to her to check it out.  I will continue to shop at my LCS and think I will make multiple trips with the entire family so my kids can pick out some fresh comics as well.  Last time my son bought some back issues of Mad Magazine and my daughter got some Archie Comics.