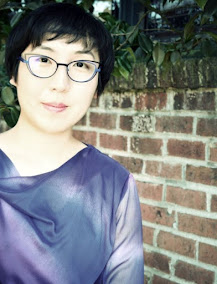 E. Lily Yu has been publishing short fiction for over a decade. Her debut novel, On Fragile Waves has been described as poetic, heartbreaking, and masterful. NOAF's own Adri described it as an excellent read that she found deeply satisfying.

On Fragile Waves follows the story of an Afghani family as they flee war-torn Afghanistan in hopes of a safer life elsewhere. Told mostly through the eyes of their young daughter Firuzeh, there are things she is too young to understand, and even more things her parents desperately try to shield her from. As the family attempts a desperate and dangerous sea crossing, and ends up in a filthy refugee camp, how much can they really shelter her and her younger brother from?  Needless to say, On Fragile Waves is not an easy book to read. And yet it is a gorgeous story filled with moments of joy and wonder and imagination.

Yu won the  Astounding award for best new writer in 2012. Her short fiction has appeared in Uncanny, Clarksworld, Tor.com, Lightspeed, Apex, and been reprinted in multiple "best of" anthologies.  She's been nominated for the Hugo, Nebula, Sturgeon, Locus, and World Fantasy Awards.  If you'd like to sample her fiction before diving into a novel, many of her short stories are available to read online.

You can learn more about Yu and her work, and access her newsletter The Paper Airplane,  by visiting her website, elilyyu.com. She was kind enough to talk with me about what inspired On Fragile Waves, the book's journey to publication, how long it took to get the drafts just right, and more.  Let's get to the interview!

NOAF: The main character in the story is Firuzeh. Tell us about her. What kind of person is she? How did she come to love storytelling?
E. Lily Yu: I think she is the kind of person who dislikes being talked about when not present. I will let her speak for herself.
NOAF: Where did the idea for On Fragile Waves come from?
E.L.Y.: I was in Canberra for the 2010 federal elections. The issue of asylum seekers was one of the top five policy issues under debate. That surprised me. The deeper I looked, the more fractal the issue became, involving private prison companies around the world, including Wackenhut in Pennsylvania and G4S in the UK. More surprisingly, very little was being written about the subject in the US or even the UK at the time; I don’t think I saw coverage in the NYT until 2013, when I had already finished a first draft of the novel. But Australia’s 1992 policy of indefinite detention of asylum seekers, unique among advanced nations at the time I began writing, was adopted by Israel in 2012, then attempted in the US in 2013, though a federal judge in Texas struck it down.
NOAF: The family is fleeing war-torn Afghanistan, and faces barriers everywhere. Smugglers, refugee camps, ridiculous immigration policies, and then the expectation that they will instantly assimilate. What research did you do to understand what Firuzeh and her family would go through?
E.L.Y.: I traveled to Jakarta, Melbourne, and Kabul, visited detention centers, interviewed detainees, advocates, and refugees, read stacks of books and papers, and learned some Persian. I had written the journey from Jakarta to Ashmore Reef before Luke Mogelson and Joel Van Houdt published their account of the asylum seekers’ route in the NYT, and I felt satisfaction and relief in getting that part right, at least. 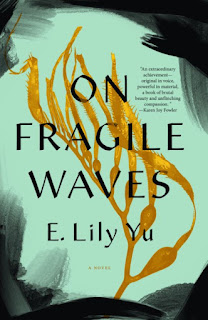 NOAF: This book took many years to see publication. What can you tell us about your own journey to publication for On Fragile Waves? How is the final version different (if at all) from the idea you first started with?
E.L.Y.: The first draft didn’t work. I tossed it and wrote a second draft that didn’t work for different reasons. Same thing with the third. The fourth draft worked. That is the clearest and most distinct difference, for me. I could tell you I cut 50,000 words between drafts, or that the structure and POV changed repeatedly, but that’s paint and ornamental plasterwork. The book didn’t work, and then it did.
I am grateful to the friends and colleagues who suffered through drafts 1, 2, or 3 in order to tell me it didn’t work.
NOAF: You've been publishing short fiction for over ten years now. How has your writing process and your style changed over the years, if at all?
E.L.Y.: I have become gentler with myself.
NOAF: In your newsletter, The Paper Airplane, I got a chuckle out of your list of fungi that you “take personally”, and I especially don't ever want to smell something that feels like getting hit on the head with a baseball bat made of garlic. How did you get into mycology? Any fun or funny stories about mushroom hunting?
E.L.Y.: Thank you for reading my odd little project. For the record, garlic pinwheels are delicious on crackers.
I have always been interested in mycology—my college admissions essay was on boletes and Mussorgsky’s “Gathering Mushrooms”—but it’s unwise to go mushroom-picking without a local expert, and I didn’t have that until I moved to the West Coast.
At one point I thought I’d try preserving the Pseudohydnum with the common name of cat’s tongue in vodka, because the common candying recipes left me with gummy bits smaller than M&Ms, at the cost of a great deal of labor. That was a terrible idea.
NOAF: Now that On Fragile Waves is out in the world, what's next for you? Do you have any current or new projects you can tell us about?
E.L.Y.: Various drafts of various things are in flight, most pressingly revisions for a libretto for a short opera I’m collaborating on with Steven K. Tran for the Seattle Opera.
NOAF: Thank you so much!
POSTED BY: Andrea Johnson lives in Michigan with her husband and too many books. She can be found on twitter, @redhead5318 , where she posts about books, food, and assorted nerdery.
Posted by Andrea Johnson at 12:00:00 AM