This week, we're excited to welcome two new members into the flock! The first is Arturo Serrano, who joins us a reviewer. Arturo is a creative writing student, still in recovery from obtaining a business degree. He's been a newspaper feature writer, a data entry typist, a call center tech support representative, a pharmaceutical ad editor, and an educational app test driver. Once he sewed a full-body Cookie Monster costume and wore it for Halloween and the universe won't let him forget it. He's a member of the translation team of the bilingual magazine Constelación and lives in Bogotá, Colombia with his husband, poet Tucker Lieberman. 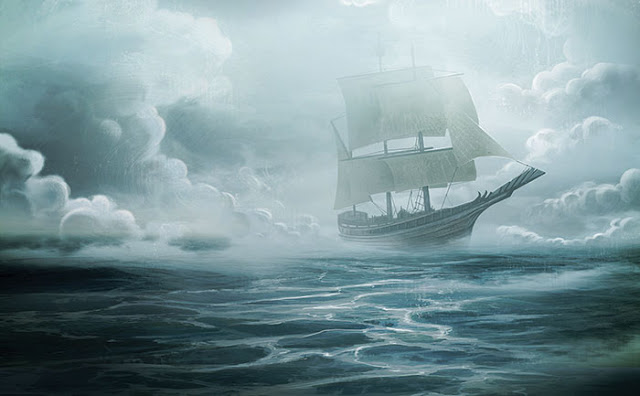 Secret undisclosed location: My lair is a magical school in a wooden sailing ship. There are hundreds and hundreds of decks below the surface, but they're not visible from the outside.

Nerd specialization: Quarantine has given me the perfect excuse to gulp down all the Star Trek that exists (outside of novels), so I've acquired conversational competence on it. I favor D&D 3.5 over 4e and Pathfinder 1e over 2e, but I'm on a hiatus from roleplaying because I'm tired of combat. I'm also an unapologetic defender of Sailor Moon, and I keep hope for Doctor Who to hire a competent writer next time.

Pet peeves: The Matrix is incomplete without the sequels and it's rude of people to pretend they don't exist. In Star Trek, there's zero reason for replicated food to have an inferior taste. Chemistry is chemistry. Also, Han shot last. Get over it.
Vampires, werewolves, zombies, aliens or robots? Robots, obviously.

Right now I'm reading: Heh, funny question. Goodreads says I have 66 "currently reading" titles, but the ones I'm making actual progress on these days are: The World until Yesterday by Jared Diamond, The Name of the Rose by Umberto Eco, The New American Militarism by Andrew Bacevich, A Column of Fire by Ken Follett, Cry to Heaven by Anne Rice, and Lion's Blood by Steven Barnes.

New two on queue are: Only two? My scattershot reading habits protest against the terms of the question, but in the immediate future I expect to read Bear Head by Adrian Tchaikovsky and the anthology Farewell, Fantastic Venus! edited by Brian Aldiss.

When the weather sucks outside: First of all, you need to understand I have photophobic migraines. Your bright sunny shiny happy daylight is exactly my definition of "sucks." So, when the weather sucks (i.e. when there's not a single cloud to mitigate the sun's punishment of mortals), I'm inside, with the curtains closed, taking analgesics.

My superpower would be: Precognition.

Best comic film of the past 5 years: Logan.

Worst comic film of the past 5 years: Suicide Squad.

I just watched The Expanse and it was awesome.

I just watched Revolution of the Daleks and it was terrible.

Everyone should see Babylon 5 before it's too late.

Book I need a movie of: Infomocracy.