Interview: Samuel Marzioli, author of Hollow Skulls and Other Stories 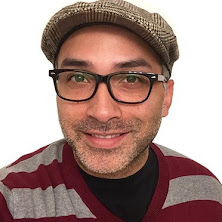 Samuel Marzioli is an Italian-Filipino writer who specializes in dark fiction and horror.   His short fiction has appeared in Apex Magazine, Shock Totem, Perihelion, Urban Fantasy Magazine, Intergalactic Medicine Show, and multiple anthologies.   In 2018, his short story "Multo" was featured on LeVar Burton Reads, you can listen to it here, and read it here.

Hollow Skulls and Other Stories is Marzioli's debut collection, and if you like eerie tales, urban legends, and folklore that is very real, this is the collection for you! The thirteen stories in the collection showcase Marzioli's best work of the last ten years, featuring stories inspired by his experiences becoming a father, an unusual medical condition, and the author's own Filipino heritage.  These stories will tease you with hope, and then take you to the edge of dread.  You may want to read them in the middle of the day, with all the lights turned on.

You can learn more about Marzioli by checking out his blog Tales from Marz and by following him on twitter, where he is @Marzioli. He was kind enough to chat with me about how Hollow Skulls and Other Stories came together,  weaving his Filipino roots into his fiction, what it was like to hear LeVar Burton read "Multo", and much more.
Let's get to the interview!

NOAF: Congratulations on the publication of your short story collection Hollow Skulls and Other Stories! How did you decide which of your works would appear in the collection?

Samuel Marzioli: Thank you! I dreamed for years about releasing a collection and without the good people at JournalStone Publishing—especially Scarlett R. Algee—it may have remained a dream. As far as how I chose my stories, I had several favorites in mind which I felt best reflected who I am as an author, whether because they mean something to me, or because they were thoroughly steeped in my voice.

“Multo,” for instance, may be the story I’m most known for, at least among the small group of short story enthusiasts who know me at all. It was also the first of several I wrote inspired by Filipino folklore and urban legends. “A Pocket of Madness” highlighted an unusual condition I’ve had since my 20’s: hypnopompic hallucinations. Both “A Pocket of Madness” and “She Who Would Rip the Sky Asunder” were based on my experiences with fatherhood, albeit rendered into fiction, and filtered through the dark lens of my mind.

Ultimately, with all my selections I wanted Hollow Skulls and Other Stories to be dark, depressing, and scary, but also introspective and hopeful, with just a glimmer of light peeking from an outer edge. I hope I succeeded, but I recognize that’s entirely up to the readers to decide.

NOAF: Once you decided to do a collection, what was the process like and how long did it take to go from “here's what I want to do!” to holding the finished product in your hands?

SM: Some writers get invited to submit collections based solely on the strength of a few stories, or perhaps their reputation. I had to do it the old fashion way: by slogging waist-deep through the slush pile marsh. A few years back, I came across a notable publisher open to collection submissions, so I assembled my lineup, read their guidelines, and shot them an email. Months before I got a response. A “nope,” but one with a flattering personal rejection. That gave me enough encouragement to try again, and, in this case, second time’s the charm. Between submissions, the contract, and slipping me into the publication schedule, it took a little under two years—though technically, I still haven’t held a copy of my book yet. 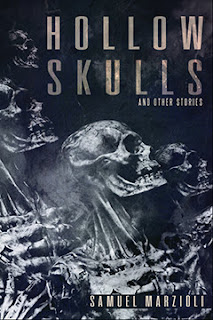 NOAF: Which stories in the collection are you most proud of?

SM: Obviously “Multo” for reasons already stated, but also "Pagpag.” For “Pagpag,” I had to do a lot of research, and while ultimately the locations were fictionalized to serve the story, it does address real living conditions and struggles within poor communities of the Philippines. I never had Filipino protagonists in the novels and stories I grew up with. As a third generation immigrant from the Phillippines, including Filipinos and Filipino experiences in my stories means a lot. I’d count “The Last Great Failing of the Light” in the proud column too as it was very loosely inspired by pre-colonial Tagalog societies.

NOAF: And that cover art, wow!  Did you have input on the cover art? What did you think of the cover art when you first saw it?

SM: My editor Scarlett and I brainstormed ideas for what we thought the cover should look like. She sent these notes to the artist, Don Noble, who then sent back a design. The results were well done, a great example of the quality Don is known for, but went in a direction I hadn’t expected. I offered a few additional notes, and Don absolutely nailed it on the second go. The final cover has personality, sets a mood, and I feel it represents the content of the collection well.

NOAF: Are there particular things in your own life that terrify you?  Do you ever weave those things into your fiction?

SM: If I had to choose something, I suppose it would be death. It doesn’t matter how often it happens because new death never “gets old,” is still as sad and debilitating as the last one. It’s ubiquitous, the only true, lasting terror for anyone with the capacity for love. I incorporate it into my fiction, of course, both because it happens to be a fascinating subject, and because it helps me deal with my own grief and loss.

NOAF: I hear you have an ongoing series of Filipino Monster stories?  Please! Tell us more!

SM: They’re only a series in the sense that I’ve written several, though none are explicitly connected. I’ve mentioned “Multo” and “Pagpag,” which are included in this collection, but the others are as follows. “Servant of the Aswang” is about a girl who is forced to select young victims for her aswang master. This was my first aswang story, and is far more faithful to the folklore than “Pagpag.” “Everything Mimsy” is a portal fantasy about a man who travels to a world inhabited by Filipino monsters of all kinds. Because this was meant to be lighthearted, I got to play with beasties I wouldn’t normally write about, like the duwende (goblin/elf) and the kapre (giant). “Devil on the Night Train” is about a girl and her grandfather, and the peculiar devil who stalks his victims from a phantom train. This one is inspired by the Devil Cigar Man urban legend, and gave me a great excuse to research World War II from a Filipino point of view. I’m pleased to say all of them have been published, and several of them podcasted too. I work by inspiration, so I can’t say when I’ll write another one, but I have every intention of doing so. I’d also love to include “Servant” and “Devil” in my next collection, but that’s getting ahead of myself.

NOAF: As luck would have it, your story “Multo” was one of the first episodes of Levar Burton Reads that I listened to, and what an experience that was!  And rereading that story, all I can hear is Levar's velvet voice pulling me into Adan's past. What was it like to hear Levar Burton read your story? As the author, did you have any involvement in providing pronunciation notes or production notes?

SM: When the show’s producer Julia Smith approached me about the audio rights to “Multo,” I was gobsmacked. I’m reminded of a line from Romeo and Juliet: “It’s an honor that I dream not of.” Though I mean this only in the sense that I didn’t know it was something that could happen so dreaming about it never crossed my mind. I grew up on Reading Rainbow and Star Trek: The Next Generation, and LeVar Burton was my favorite in both. To hear him speak words I wrote? I might as well have been a clock melting over a tree branch, it was so surreal! Since I can only say a few words in Tagalog, I relied on the expertise of my Aunt Judith White for all translations and pronunciations. Though when I sent Mr. Burton audio of the story’s Tagalog content, I provided one pronunciation (“kumusta kayo”) just so I could say he heard me speak. Weird? Probably a little, but also kind of cool, right?

NOAF: Who are some of your favorite writers and artists? How has their work influenced you?

SM: I have too many, and quite a few of them the usual suspects, but this is a selection of excellent writers who I believe deserve far more recognition than they get: Ramsey Campbell, Mercedes M. Yardley, Michael Wehunt, Laird Barron, and David G. Blake. They’re all so different both in style and focus, but I’ve probably sampled all of them on the way to finding my own voice, Campbell most of all. He may disagree—and since he’s the expert of his style, he’s probably right—but every once in a while, I’ll notice a phrase sneak into my stories that I’ll feel has Campbell smeared all over it.

As for artists, Adrian Borda is a Romanian surrealist painter and photographer whose work I adore. I own some of his paintings, and was even lucky enough to appear in an anthology (The Best of Apex Magazine) where one of his paintings was used as the cover. Isaac Marzioli is an illustrator and prop designer on Spongebob Squarepants. He focuses more on adorable than creepy, but he’s an incredible artist who just happens to be my brother. We’ve done a few projects on spec that combined the best of both of our talents, and they were a blast to work on.

NOAF: Thanks Samuel!
POSTED BY: Andrea Johnson lives in Michigan with her husband and too many books. She can be found on twitter, @redhead5318 , where she posts about books, food, and assorted nerdery.
Posted by Andrea Johnson at 12:00:00 PM