Welcome to our continuing presentation of the Nerds of a Feather 2021 Hugo Award Recommendation List (see part 1 here). Today will look at Graphic Story, the two Dramatic Presentation categories, and the new one time Video Game category.

As before, we here at 'nerds of a feather, flock together' are presenting a collective longlist of potential Hugo nominees that we think are worthy of your consideration. These selections represent the spectrum of tastes, tendencies, and predilections found among our group of 14 writers.

As a reminder, this list should not at all be considered comprehensive. Some outstanding works will not make our longlist for the simple reason that we have not seen, read, or played it. We encourage you to think of this as a list of candidates to consider alongside works which you are already familiar, nothing more and nothing less.
Nerds of a Feather 2021 Recommendation List Series: 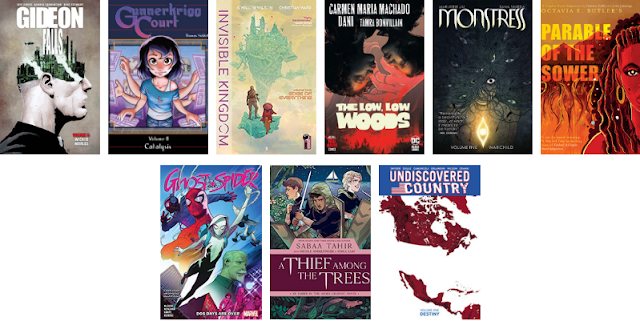 Dramatic Presentation
Note: we would normally split this list into short and long, reflecting the category boundaries. However, like last year, we felt that there were a number of great TV show seasons which deserve consideration as a whole, although individual episodes for all of these are also eligible in short form. We've therefore split the list into movies and TV, and encourage you to make your own call about standout episodes from the latter. 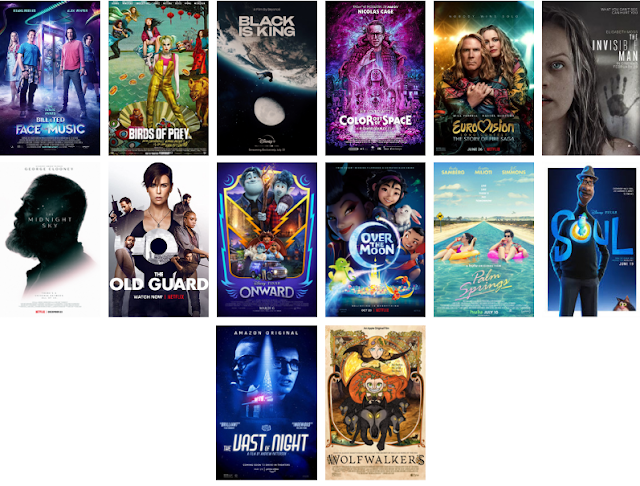 Movies
Bill and Ted Face the Music
Birds of Prey (and the Fantabulous Emancipation of One Harley Quinn)
Black is King
Color Out of Space
Eurovision Song Contest: The Story of Fire Saga
The Invisible Man
The Midnight Sky
The Old Guard
Onward
Over the Moon
Palm Springs
Soul
The Vast of Night
Wolfwalkers

Video Games
Note: Video Game eligibility may be affected depending on whether a game was released in beta/early access and how the Hugo Committee views the release or "publication" of a particular game. We have made our best attempt to recognize games which were either released in 2020 or had significant narrative changes to their 2020 editions, which we believe should make them eligible in the same way works released over multiple years in other categories are eligible in their year of completion.

*NOTE: An earlier version of this list mistakenly included Spider-Gwen: Ghost Spider (2019) instead of this first volume of the most recent run. While we were fixing that error (sorry!), we realised there are two volumes of the current Ghost Spider run. The first was released in 2020 but compiles issues all released in 2019, and the second second (Ghost Spider Vol 2: Party People, by Seanan McGuire and Ig Guara) was released in 2021 and compiles issues released in 2020. Both raise some questions about eligibility, but on reflection and after informally consulting with a friendly former Hugo administrator, we would like to specifically recommend this first volume for consideration in the 2020 Hugo Awards.