As we inch closer and closer to putting 2020 behind us, I thought I would wrap up my Thursday Morning Superhero posts with my annual gift guide.  I wanted to include a variety of items that would be appropriate for a variety of nerds, so here goes!

For the nerdy sports fan:

Defector subscription - Like most of the sports fans I know, I was heartbroken when a change in leadership caused a mass resignation at Deadspin.  While fake Deadspin is still up and running, it is filled with imposters and no longer has the editorial freedom and heart that made Deadspin such a special site.  There has been a void in my internet browsing that has finally been filled with Defector.  The authors who left Deadspin recently launched Defector and its creator owned model is worth applauding. I subscribed prior to its launch and am delighted that the writers that I have enjoyed for so many years have a platform to amplify their voices.  Sports coverage is best when politics and humor are sprinkled throughout.   Despite working in sport, I enjoyed the NCAA and NFL getting called to task on issues like their handling of COVID and the treatment of NCAA athletes.  This is literally a gift that will keep on giving all year.

For the nerdy gamer: 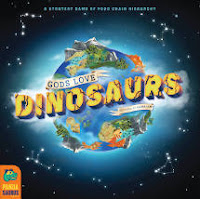 Gods Love Dinosaurs - This title puts you in charge of the food chain as you attempt to dominate the board with a combination of dinosaur eggs and actual dinosaurs. You will populate the game board with prey, predators, and of course, dinosaurs.  Dinosaurs need to eat prey to survive, and predators to lay eggs. Gods Love Dinosaurs is a terrific middle weight game and will appeal to a wide range of nerds.  If the sale is still on, you can also snag it as part of a bundle with the cooperative puzzle game Mental Blocks, and the pattern creating Passtally. 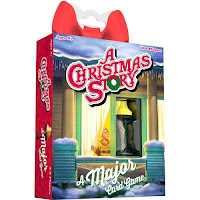 Funko Games stocking stuffers - I am a sucker for licensed games that are actually fun to play.  When Funko entered the game market I wasn't sure what to think, but after spending over a year playing the addictive Funkoverse series, placing my workers to secure routes in Pan Am, and collecting ghosts in the Haunted Mansion, I am confident in the product that Funko games produces.  This year they have a wealth of licensed games that are asking to be put into stockings.  I already picked up the Christmas Vacation Twinkling Lights games and enjoyed it, but there is a Frosty the Snowman game, an Elf game, and more!

For the nerdy comic book fan:

Kent State: Four Dead in Ohio - Having previously recommended this title earlier in the year, it should not be surprising that is the book that I recommend gifting to your comic book reading friends.  Or better yet, your literary friends that don't currently read comics.  This book is an example of how the medium of comic books can effectively educate readers from first hand accounts surrounding this tragedy.  Derf Backderf is masterful at immersing himself in a topic to really inform the story with a personal touch that is often missing. I recommend anything by Backderf, but his newest offering is one that should not be missed. 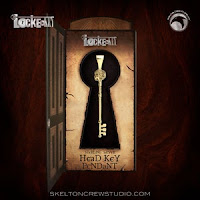 Locke and Key pendants - If you are looking for a classy comic book themed gift, you cannot do better than the new Locke and Key pendants from Skelton Crew Studios.  I already have a few pins and replica keys from Skelton, but these sterling silver pendants are truly stunning.  I am not much of a jewelry person myself, but you might catch me wearing a head key necklace once the convention scene reopens.