A mystery within a mystery 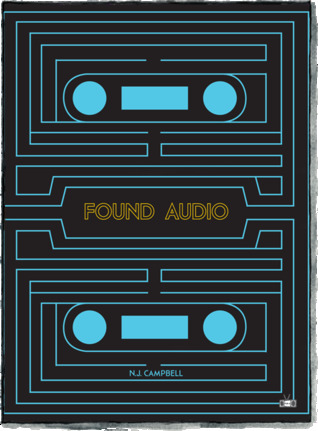 I discovered Found Audio serendipitously, as part of a bulk purchase to help save New York's Strand Bookstore. But it is, by far, the best book I read in 2020. This led to another bulk purchase, this time from the Ohio-based small press that released the novel: 2 Dollar Radio. More reviews from them to come.

Found Audio is a work of literary metafiction but which you could also classify as speculative or imaginative fiction. This is probably my favorite niche genre, a category that also includes works by David Mitchell, Roberto Bolaño, Joan Didion and Marcel Theroux. It may also bring Inception to mind.

The plot is a bit hard to describe, but more or less goes like this: Amrapali Anna Singh, an academic expert in forensic audio analysis, receives a visit from a mysterious foreigner, who asks her to authenticate and analyze two cassettes. He isn't concerned about the content, but wants to know any details that can be gleaned about where it was recorded, when and so forth. This is Singh's peculiar and almost alchemical area of expertise, so she agrees.

On the cassettes an American speaker describes his globetrotting search for a mythical City of Dreams. Very little about the recordings makes sense - the interrogators speak with accents that combine traits from far-flung locales, and background noises suggest locations that can't all be true at once. And then there is the American's story itself, which I will not spoil for you.

Despite being explicitly instructed not to, Singh transcribes the cassettes, contacts the library from which the tapes supposedly originates and sends preliminary findings to her publisher. After a short preamble, written as a letter from Singh to her publisher, the transcriptions are presented with notes from Singh.

Found Audio is highly engaging, and despite the complex and obscure plot device, is a very brisk read. This is what I appreciated most of all: Found Audio manages to be high-brow without being a slog. I found it very hard to put down, and when it was done, I wished there was more to consume. It is also very well written, with artful, highly evocative prose. Highly recommended.

Bonuses: +1 this is the book I've been looking for but didn't know it

Penalties: -1 for it's over too quickly