The Nerds Guide to Voting in the Hugo Awards, Part 1: Nominations 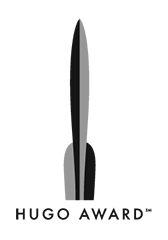 You might have noticed that we here at Nerds of a Feather are big fans of the Hugo Awards: the genre award voted on each year by the members of the annual Worldcon convention. Now in their 65th, or 67th year, depending on how you count, the Hugos have recognised some of the most outstanding work in genre fiction, and the community around it (and a fair amount of forgettable stuff). The award may have had its ups and downs, and even the occasional (well, OK, “regular”) full-scale fandom controversy, but for us, each year the awards represent an opportunity to engage in a conversation with SFF fandom about the best stuff in the community that year.
If you’re new to the community, getting involved in the Hugos might seem like a difficult task: how does nomination in all these categories work? What about voting? What’s this about a constitution? Where can I go to see other people’s opinions? And, most importantly, how will I find time to read (or watch) all these things? While we can’t help with that last one, this guide is designed to give you all you need to know about being part of the Hugo awards, and why we think it’s a cool thing to do. We’ll be splitting For the official lowdown on the awards, the official website is here.

Who gets to vote?

Members of the World Science Fiction Society - which is comprised of those signed up to that year’s Worldcon. If you’re planning on attending you can get an attending membership, which gets you in to multiple days of panels, author chats, events and miscellaneous fandom fun. In 2020, Worldcon went virtual for CoNZealand, opening it up to anyone around the world. While 2021’s Worldcon, DisCon III, hasn’t directly confirmed the format of their event, it’s looking certain that there will be some significant online components, even if an in-person event is able to go ahead.

If an entire con - even a virtual one - sounds a bit much, you can sign up as a supporting member for a much lower fee. This entitles you to nominate and vote in the Hugos (including access to the Hugo packet, which offers a selection of samples and full works from that year's finalists at the discretion of the individuals and/or publisher), and do a few other things like vote on the site for the next-but-one Worldcon. You can also start out as a supporting member and then upgrade to attending later, if you choose.

If you are reading this in 2020, the deadline for signing up for the 2021 Worldcon (DisCon III) in time to nominate is December 31! Get your membership (starting at US$50) here: https://discon3.org/

What categories are in the Hugo Awards?

The Hugos are, first and foremost, an award for those who love science fiction and fantasy literature. That means there’s awards for stories at four different lengths (novel, novella, novelette and short story), as well as other formats (e.g. graphic story), specific publications and editors. TV and movies get a look in too, through the awards for Best Dramatic Presentation, split into long form for movies and TV series, and short form for TV episodes or anything else that clocks in under 90 minutes (recently, concept albums by Janelle Monae and Clipping have also hit the ballot).

What sets the Hugos apart from many other awards is that, as well as having awards for media, there are also fan categories, awarded by the community for the best fan collectives (e.g. fanzines, the websites and zines which report on fandom news and reviews, and fancasts, including podcast, Booktube and lots of other multimedia) and individual writers and artists. We think that honouring the work and talent of fans is extremely cool for a major genre award, and we’re not just saying that because Nerds of a Feather has picked up a couple of nominations for Best Fanzine over the years.

Alongside the Hugo Awards themselves, there are two more awards that are technically not Hugos (for Reasons, which basically amount to “we don’t want work to overlap between multiple categories”) but which are administered and awarded and usually talked about in the same breath as the Hugos themselves. Those are the Astounding Award for Best New Writer, awarded to someone whose first professional publication was in the last 2 years; and the Lodestar Award for best Young Adult book, which encompasses YA novels, anthologies and graphic stories.

In 2021, with Discon running a special category for Best Video Game, there’s going to be a cool 20 different areas to nominate and vote on, meaning your favourite genre thing of 2020 is probably eligible somewhere!

How do I nominate?

As mentioned above, you’ll need to be a member either of the previous year’s Worldcon, or the current year’s, by 31 December in the year before you want to get involved.

Once you’ve done that, sit tight! All the instructions for nomination, including a handy online form, will rock up in your inbox at some point in January. You’ll usually have until the middle to end of March to think of up to 5 things per category, enter them into the handy form, and send it off. The online system can usually be updated right up until nominations close, so you can fill in a bit at a time as you read/watch more or new things come to you.

5 things in 20 categories? That’s so many things! I don’t know what to nominate!

Yes! Isn’t it wonderful? Luckily, this isn’t a graded test: you don’t have to nominate in every category, and you don’t have to fill out all spaces in the categories you are nominating in. And if you’ve got some time on your hands, this is the perfect time to go searching for your new favourite eligible thing:
I haven’t read enough this year!

Listen, nominate whatever you think is awesome. It doesn’t matter if you’ve only read five books published this year. If you think any of them are excellent, nominate them! If enough people agree one (or more) of them might make the ballot and your vote might be the one that pushes it across the line.

What is up with [x category], this makes no sense
The Hugos have been around for a long time and because of the way WSFS is set up, category boundaries and eligibility doesn’t always move with the current media landscape. On top of that, some categories are just a little bit weird. For example: what’s a semiprozine? Well, it’s a genre fiction magazine that fits a very specific model about who in the team gets paid (i.e. the writers do, some of the editors don’t). For the average reader, knowing the difference in internal structure for Clarkesworld vs. FIYAH vs. the Tor.com website is a lot less important than the stories they are putting out, but for the sake of nominations, it helps to know what isn’t eligible even if you don’t know why. Luckily, the Semiprozine directory keeps tabs on eligible publications each year: http://semiprozine.org/semiprozine-directory/. In general, cross checking against other peoples’ recommendations or lists is easier than trying to figure out the ins and outs of the WSFS constitution for yourself.

I don’t know if this thing is in the right category!

So you’ve got a favourite story, but you have no idea how many words it is? Not sure how to ask your favourite artist whether they made over 25% of their income from their art last year to sort them into pro or fan artist? You are not alone. Again, recommendation and eligibility lists are your friend when this happens: the Hugo Spreadsheet gets cross checked for eligibility, with questionable works moved out or opened for discussion, and authors often make it clear what categories their work fits into.

There is some fuzziness between certain categories: for example, if a short story is technically just over the word count, but enough people nominated it as a short story but not a novelette, it will be entered into the short story category regardless. When this happens, votes in the second category can be moved at the discretion of the administrators, but only if you have an open slot on your ballot in the more appropriate category.

Of course, the worst case scenario is that you vote for something that’s ineligible, and it doesn’t count. That sucks, but it doesn’t invalidate any of your other votes in the category, so if you’re not planning to fill out the category, it’s worth adding in that uncertain favourite anyway. If you’re trying to choose between lots of stuff in a single category… well, that’s harder.

OK, we can go a little bit into how the sausage is made: feel free to skip if you’re not a voting systems nerd. Rather than using a first past the post system to create the final ballot, the Hugo Awards use a preferential voting system called E Pluribus Hugo. This was implemented due to a little fascism problem a few years back. Basically, all of your nominations in a category are worth one total point. How that point is split up during the nominating stage depends on the number of works you are nominating (2 works = 0.5 points each, 5 works = 0.2 points each), but as a work you nominated is eliminated from contention the value of your remaining nominations increases until 6 works are selected for the final ballot - those with the most nominating points. It’s a little complicated, but it helped with the particular fascism problem Worldcon and the Hugos were dealing with. More broadly, it’s a system that prioritises selecting works from a broad range of ballots with different opinions, rather than allowing a small subset of voters with homogenous tastes to dominate the results. (TL;DR, see here http://www.worldcon.fi/wsfs/hugo-new/#tally)

Basically, nominate the works you think are best, math will sort everything out in the end.

No but, seriously, now what?
Well, after the magical WSFS robots are done crunching your nominations, along with those of thousands of other voters, they will create that year's Hugo ballot. Finalists get notified (and given an opportunity to decline and pass the honour on to the next work on the list), and then the ballot is announced! 6 works in each category, all waiting to be voted on... but that's for next post!
Posted by Adri Joy at 12:00:00 AM