Interview: Cole Nagamatsu, author of We Were Restless Things 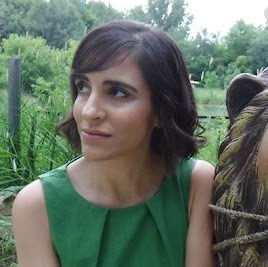 Cole Nagamatsu and I have something in common: we have enjoyed writing down our dreams, to be able to remember the interesting ones.  Nagamatsu uses her dream journal as a writing exercise, and on the other hand I haven't done a dream journal in years and I should really start one again (submitting dream to Daily Nightmare doesn't count as dream journaling!).   I bring up dream journaling because it's fun, and because it is a goodly part of Nagamatsu's debut novel We Were Restless Things, which came out in October.  An atmospheric contemporary fantasy, We Were Restless Things is a coming of age story where teenaged friends are dealing with the mysterious death of a friend, along with all the other things that make a coming of age story so engaging.

With and ensemble cast and multiple points of view, We Were Restless Things is perfect for readers who enjoy stories that unfold slowly, as the characters put the pieces together. We all have secrets we keep, things we don't even know about ourselves, which can make the puzzles of our family and community even harder to put together.  Among other things, We Were Restless Things touches on how we communicate our needs, when we don't know how to communicate, and aren't sure what we need. That last phrase, if you were wondering, is me in a nutshell.  (which makes me really, really want to read this book!)

While this is her debut novel, Nagamatsu is no stranger to the art of writing well. Her short stories have appeared in West Branch, Tin House, Podcastle, cream city review, and elsewhere, she has been involved with Pitch Wars for a few years, and is also the co-founder and editor-in-chief of Psychopomp Magazine. You can learn more about Nagamatsu by checking out her website colebn.com and by following her on twitter at @JuniperJazzz.

Nagamatsu was kind enough to chat with me about We Were Restless Things,  her writing process, dream journals, the adventures of Pitch Wars, and more!

NOAF: Congratulations on We Were Restless Things! What is this story about and where did the idea for this story come from?

Cole Nagamatsu: Thank you! The book takes place in a small, fictional Minnesota town in the aftermath of a local high schooler’s death. Link Miller was found drowned on dry land in a small forest, miles from the nearest body of water. The book follows a few characters as they deal with the loss and piece together what happened. Link’s friend, Noemi, believes his death is tied to a lake only she is able to find, which disappears and reappears in the woods unpredictably. She’s fairly certain of this because she’s getting text messages from Link’s ghost, telling her so.

As for the story idea, it came from a few places. I’d moved to Minnesota for work not long before starting the novel. I’m from the east coast, so living somewhere so far from the ocean made me homesick in a way I hadn’t anticipated. In part, creating the setting of the book may have helped me settle into my new home. The antagonizing force of the woods in the novel was somewhat inspired by reading Angela Carter’s “The Erl-King” from The Bloody Chamber. Following reading that story, I read more European fairy tales about forest and freshwater entities, so to some extent the plot of my book was sparked by the question of what it might be like for one such entity to live in the modern day midwestern US. Finally, my main character, Noemi, keeps a dream journal that eventually influences the plot. I’ve always written down my dreams as well, so I can better remember the really interesting ones. It’s a sort of writing exercise for me, so I started to recreate that same exercise for my novel: crafting dreams the main character might have and deciding how they reflect her feelings about the tensions in the novel.

CN: Link may have been my favorite to write. He is not one of the predominant POVs, so it was a refreshing change of pace when I got to explore his voice. Also the fact that he’s a ghost, narrating the story in first person was fun. He had access to a lot of information other characters did not.

The POV of Amberlyn, Link’s sister, was probably the most challenging to write, just because her role over the course of revising the novel changed a bit, whereas the other characters stayed closer to what I had outlined for them in the beginning.

NOAF: I kept a dream journal for years, so I love that you include Noemi's dream journal as part of her chapters. Dreams can be meaningful, metaphorical, peaceful, but they can also be completely absurd. Why did you decide to include whole sections about her dreams?

CN: There were even more of them originally, but not all of them were necessary. Some just explored different anxieties Noemi had about aspects of her life—not knowing her father, for instance—but those entries that didn’t center on the major plot were the ones I cut. The ones I kept tied directly into the woods imagery. They’re all sort of bizarre metaphors for how she’s feeling, and the woods then interprets them literally. She stages photographs inspired by her dreams, and that’s all the woods knows of her. So what would something as intimate and surreal as a dream look like to a person who doesn’t even know the dreamer? I thought that was really interesting. It let two characters who both have trouble communicating their feelings to others connect in an unexpected way, even though Noemi doesn’t realize that’s what’s happening for most of the novel. Since they end up impacting the plot, it made sense to me that readers be able to read them. Plus, as a reader, I often enjoy when books incorporate different textual artifacts as an element of storytelling. 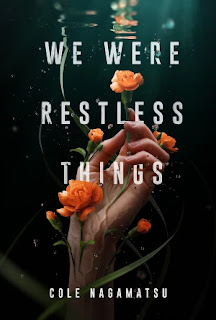 NOAF: A major theme in the story is “coming to terms” with a variety of things – grief, loss, accepting yourself. But this story is also a supernatural mystery involving an impossible death. How did you balance the mystery elements with the coming-to-terms elements?

CN: I gravitate toward stories where the supernatural elements start out as subtly bizarre because I enjoy piecing ideas together as I read—not just in terms of gathering clues, but also interpreting metaphors. This story has elements of mystery, but I think it’s driven more by the characters and their feelings. I wanted the supernatural elements in the story—in addition to just being interesting on their own—to stem from the characters. For instance, Link’s ghost texts Noemi throughout the novel. Her grief haunts her, and his ghost is, on one level, a literalization of that grief.

Also, Noemi is asexual, but she’s very aware of when guys are interested in her. I think a source of her stress when navigating relationships with people who show romantic interest comes from trying to make both her desires and boundaries understood, when she is still very much in the early stages of figuring those out for herself. The woods are a physical manifestation of a male gaze, and dealing with the woods mystery means navigating a supernatural version of a relationship with someone who inherently wants things which conflict with Noemi’s wants. I see the supernatural aspects of the book as intrinsically linked to the “coming-to-terms” aspects.

NOAF: What was your writing process like for We Were Restless Things? Did you know from the start you'd be including multiple points of view? Did you plot it or pants it (or something in between?)? Since this is a mystery, did you write the end first?

CN: I plotted it out very thoroughly beforehand. I did always know I would have multiple points of view, and there were originally even more in the first draft than survived the editing process into the final book (though the plot events remained close to how I envisioned them). I usually plot things out in advance when writing, but for this book I stuck to my outline more closely than I usually do, which actually made writing it less stressful. Even though I had the ending planned out in advance, I didn’t write it first. I always have to write the scenes in the order I plan for them to occur. That can create a barrier if I hit a scene that’s tricky and ends up stalling the writing process, but I’ve never been able to write scenes without already have written the ones that lead up to it.

NOAF: You're also the Editor in Chief of Psychopomp Magazine. How did you get involved with that magazine, and what is your favorite thing about being involved with short story publishing?

CN: I co-founded the magazine with my partner and co-editor back in 2013. I don’t really write many short stories, but I enjoy reading them (even though novels are my first love). My favorite thing about being an editor is when I come across a short story among our submissions that I fall in love with. Some of my favorite line-level writing happens in short stories. They’re a very compressed form of narrative. When I read, in addition to enjoying characters and story, I like to pay attention to word choice and the rhythm of sentences. Because of their length, short stories lend themselves especially well to that approach.

NOAF: You've been a mentor at Pitch Wars since 2018. As a mentor, what do you do? Why did you get involved with Pitch Wars, and what’s been your best experience with the program so far?

CN: I originally got involved in Pitch Wars as a mentee in 2016, and I had a good experience, so I wanted to pay it forward, so to speak, as a mentor. The best experience has been working with my mentees. I’m kind of a shy person, even online, and Pitch Wars has helped me connect with other writers. I get to read manuscripts that are emotionally moving and stay immersed in them while helping the writers revise. Querying agents can be stressful, and rejections discouraging. Mentoring with Pitch Wars means I have the chance to support writers who are going through that process.

NOAF: Do you have any exciting current or forthcoming projects you can tell us about?

CN: I just finished writing an adult manuscript, and I’m now working on another YA for Sourcebooks Fire. It’s set to release in 2022. I don’t have a title yet, but it’ll be another standalone novel with elements of fantasy. It’s set on the east coast, and it started out as a fairy tale retelling, but that turned out to be more restrictive than I expected, so it’s moved in a different direction. It’s still very much in the drafting stage, as I tend to write slowly.

NOAF: Thank you so much for this wonderful conversation!