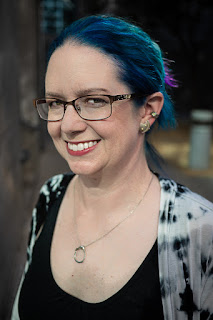 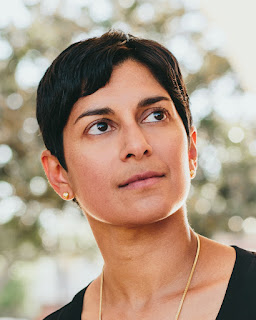 Podcasters and Writers Mur Lafferty and S B Divya, in addition to their own CVs of novels and novellas are the co-editors of Escape Pod: The Science Fiction Anthology, in celebration of the fifteenth anniversary of the Hugo-nominated podcast, Escape Pod.

Together, they tell us about their six books.

SBD: I just finished Consider Phlebas, by Iain M. Banks, and I’m currently beta reading a draft novel from another writer. Of my recent reads, my favorite is The Space Between Worlds, by Micaiah Johnson.

ML: I feel guilty not saying science fiction - but I’m reading some isolation murder mysteries. Just finished An Unwanted Guest by Shari Lapena and then started One by One by Ruth Ware. Then I’ll be moving to Even if We Break by Marieke Nijkamp. Recent genre books were Harrow the Ninth by Tamsyn Muir and Savage Legion by Matt Wallace.

SBD: Next up in my TBR are The City Born Great, by N.K. Jemisin and Chosen Spirits by Samit Basu. I’m also looking forward to Architects of Memory by Karen Osborne.

ML: Excited to read the Nijkamp book mentioned above, and then I’m looking forward to reading Beneath the Rising by Premee Mohamed and catch up on my T. Kingfisher books (Paladin’s Grace and Wizard’s Guide to Defensive Baking).

SBD: I have so many great new books to read that I can’t keep up with! But I would love to have time for a re-read of two of my favorite books from my teenage years: The Snow Queen, by Joan D. Vinge, and Dune, by Frank Herbert.

ML: I’d love to re-read Gideon the Ninth by Tamsyn Muir and I am often listening to an Agatha Christie book for dissection and inspiration.

SBD: I used to love Asimov as a kid, but I’ve found that I don’t care for his style anymore. Some personal behaviors of his have also put me off of recommending his books to others.

ML: I remember loving the puns and adventure of the Xanth books as well as the concept behind the Incarnations of Immortality by Piers Anthony, even while feeling that discomfort when reading about the depictions of women. I can’t even imagine recommending any of those to my daughter right now.

Divya: if I have to choose just one, I’d probably say Cyteen, by C.J. Cherryh. I greatly admire Cherryh’s prose as well as her ability to blend character-driven fiction with science.

Mur: The Hitchhiker’s Guide to the Galaxy. I think it was Neil Gaiman who said that there wasn’t a word for what Douglas Adams did, and novelist was the closest thing. He was a rare, absurd voice and possibly the person who I regret never meeting the most in my life. He showed me how space and absurdity could make for some amazing storytelling.

SBD: my latest is also my first novel! It’s called “Machinehood,” and it explores the meaning of intelligence as it relates to the conflict between human and machine labor. The elevator pitch is, “Homeland meets Zero Dark Thirty.” It’s also full of cool near-future tech, including tabletop biochemistry, microdrone swarms, self-organizing materials, and private rocket clubs. It’ll be out March 2, 2021.

ML: My book has no title yet! Waiting on marketing for that. I refer to it as “Murder She Wrote meets Babylon 5.” I hang a lantern on the fact that if there was a woman around whom murders happen and she had to solve them, no one would ever want to be around her. She escapes humanity to an all-alien space station, but eventually humans, and more murder, follow her.

Joint Answer: we are, of course, very excited about the Escape Pod anthology, which we co-edited. It’s full of amazing authors whose stories have appeared at Escape Pod or who are otherwise connected with the podcast. It’ll be our first print anthology, and we hope our fans will enjoy having a book that represents 15 years of the fun science fiction that we’re known for. It’ll be out on October 20, 2020, in the U.K. and November 17, 2020, in the U.S.A.