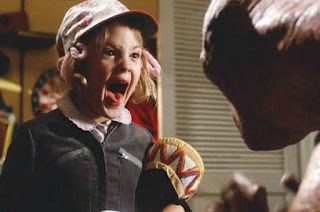 You’re a parent. You love horror. But horror is scary. So how to share this love of horror with your young, innocent, in-love-with-the-world child?

Sure, you can Google “best horror movies for kids,” and get the usual results, which you kinda already knew anyway. But for myself, as a parent who has tackled this question four times over, I’d like to take a deeper dive into this idea. So today I’m introducing our “Let’s Frighten Children!” series, which I hope will at least prompt some discussion about how we grown-up nerds can indoctrinate our tiny replicas into the genre we love, without sending them, screaming, into therapy.

Over the years, I have documented on this site the way I came to love horror, which was through screenings of classic Universal monster movies on over-the-air TV back in the 1980s. But the world has moved on. No 21st-century kid is getting their creepy from UHF channels, so how do we, as loving, responsible parents who know the joys of floating skeletons and disembodied laughter, bring our little kids with us into the warm embrace of darkness?

Friends, I have ideas.

The Language of Horror

For me and my family, the first step to introducing horror was to introduce the language of scares without, really, the fear. It’s hard to be a little kid. You are tiny, and surrounded by giants. Nothing makes sense, and every outcome is uncertain. Mom’s leaving...Will she come back?! How long is an hour?! It’s unknowable. And worse, there might actually be a monster under the bed. Or in the closet — you just don’t know. 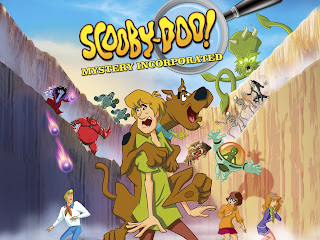 This is where Vincent Price and Scooby-Doo came in handy. It’s pretty unlikely any kid is going to be legitimately frightened by an episode of Scooby-Doo. And yet, there are ghosts, goblins, witches, vampires, werewolves, creepers, and more, all running about. I’m actually not a huge Scooby fan, but I found the Cartoon Network Scooby-Doo Mystery Incorporated series to be excellent. I watched a big chunk of it with my kids, who were five and seven at the time. They loved it, and still do. We re-watch episodes regularly. In a world where asking a kid who has grown up with an iPhone to watch Bela Lugosi’s Dracula seems like a bridge too far, this is a show that is fast-paced, conversant in horror tropes, dabbles in grotesque/frightening imagery, and is funny, smart, and good. It’s also a show that prominently features Vincent Van Ghoul, who is a not-at-all-disguised representation of Vincent Price. 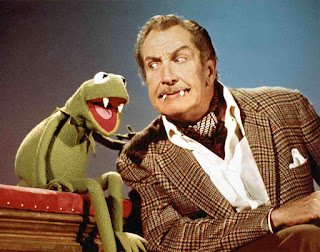 I think the world of Vincent Price. And while you might shy away from some of his 1970s work when it comes to screenings for young kids (things got pretty bloody), he spent the majority of his career as a boogeyman in a system that shied away from realistic violence. The result is a trove of movies that are neck-deep in Gothic imagery, but that aren’t actually frightening. I showed my daughter the Roger Corman/Vincent Price The Pit and the Pendulum when she was five, and she was all in. Several years later now, I’m taking her to theatre performances about the life of Edgar Allan Poe, and she’s reading her first Stephen King novel.

Introducing horror tropes in a way that wasn’t actually threatening helped to get my kids familiar with mythologies, characteristics, and images that would come to have more meaning later on as they got a little older and began seeing more things. Bride of Frankenstein is, believe me, easier for a kid to understand after they’ve seen Edward Scissorhands (featuring, of course, Vincent Price).

If you have little kids and want to introduce them to horror iconography in a relatively subdued presentation, you’d do well to consider the various iterations of Scooby-Doo and the Roger Corman/Vincent Price Poe films of the 1960s.

Every kid is different, and what excites and engages my kid might not be perfect for yours. But one of the lovely things about starting with the sillier end of the horror spectrum is that a kid can experience the fun of a Halloween vibe without actually getting scared out of their wits. After all, not everybody is going to graduate to enjoying The Texas Chainsaw Massacre or The Exorcist or The Babadook, but everybody can enjoy a creepy, spooky aesthetic on their own terms.

For young kids, I recommend:
Scooby-Doo Mystery Incorporated
Scooby-Doo on Zombie Island
The Haunted Palace
Fall of the House of Usher
House of Wax
The House on Haunted Hill
Ghostbusters

Posted by Vance K — Emmy-winning director and producer, cult-film reviewer and co-editor of Nerds of a Feather since 2012.
Posted by vkotrla at 12:00:00 AM