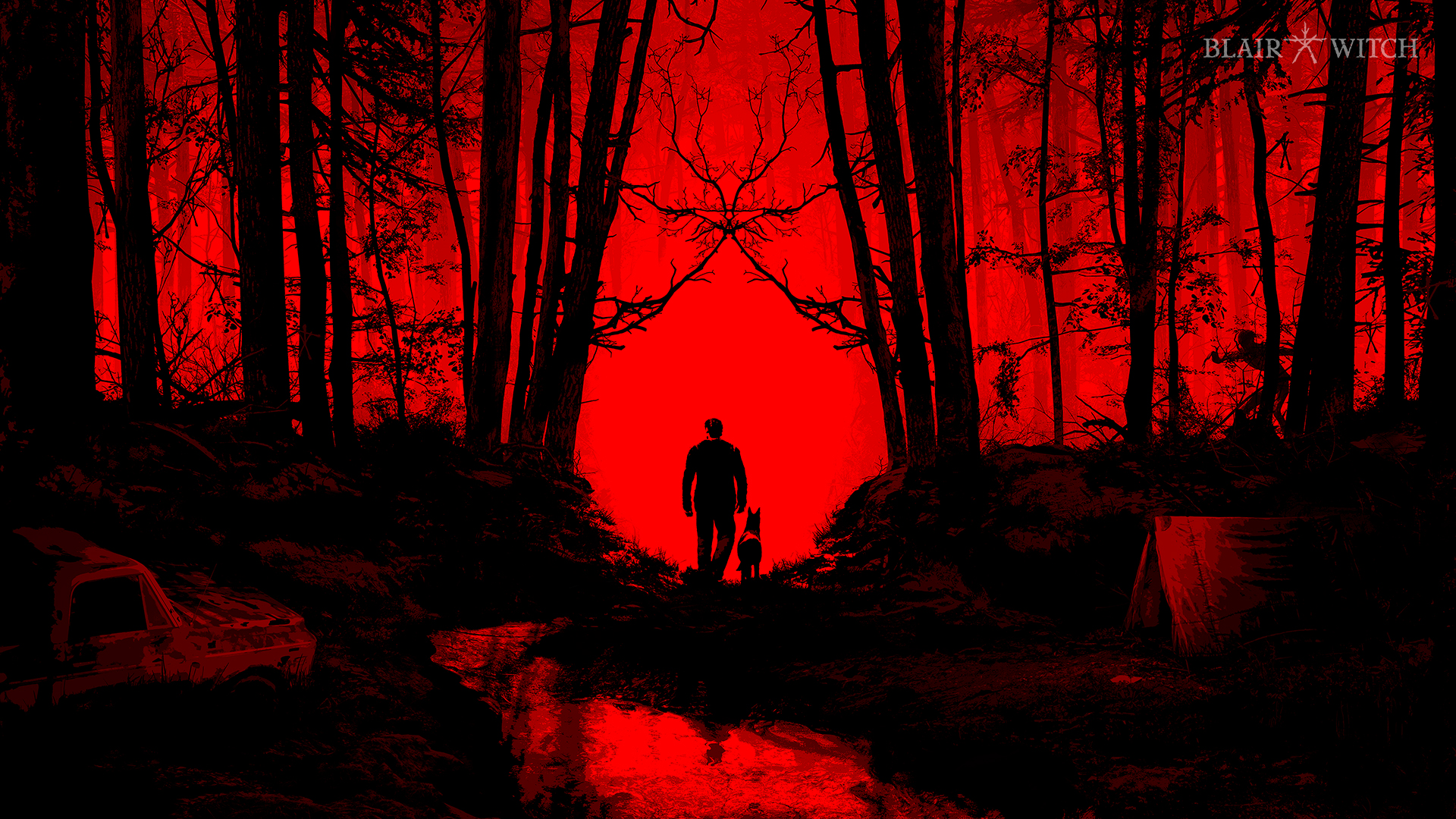 I’m the rare person who likes everything about The Blair Witch. I like Book of Shadows. I like Blair Witch. If I had a chance to play the first trilogy of The Blair Witch games, chances are that I would have liked those too. Imagine my surprise when the game Blair Witch was revealed at E3 this year. It had what I wanted. Woods. Darkness. Dilapidated buildings. Even a dog! But, much like my feelings about 2016’s Blair Witch movie, this game doesn’t quite coalesce until you get to the end.

Blair Witch is a first person horror game in which you play Ellis. You have volunteered to scour the Black Hills forest for a missing boy. You brought your dog Bullet and little else. As you make your way through the woods, you find a trail of breadcrumbs that lead you closer to the boy and further into the forest.

Blair Witch follows Bloober Team’s recent forays into horror, namely Layers of Fear (a haunted house) and Observer (a cyberpunk haunted house). Layers of Fear‘s did a lot with atmosphere and loud noises because there wasn’t a whole lot of capital G Gameplay, but Observer added in some monster avoidance sections, ala SOMA, in which you could run face first into some kind of monster and die. Blair Witch throws in some portions where you are expected to look where your dog is barking and blast tree monsters with your flashlight. It’s clear that Bloober Team is trying to expand their horror horizons, but this felt kind of hokey. These parts weren’t terribly difficult or frequent, just sort of annoying.

If most of the gameplay is a progression of Bloober Team’s prior works, the rest is carried by the Blair Witch movies, namely wandering around in the woods and spooky rundown buildings. There’s no map and the feeling of being lost in the woods is really effective. Minus the hokey tree monsters, the horror mostly works. It builds effectively and, even with a companion dog, it’s hard to feel safe. This is what Bloober Team did well in Layers of Fear and Observer.

Where this game falters is in its narrative. Ellis never really becomes a sympathetic character and the story is built around slowly revealing his dark past and whether or not he can be saved. Bullet is a more sympathetic character here, and he’s a dog. The game also sort of relies on the player having seen some parts of the movies, leaning heavily on the most recent film. I knew what was going on because I’ve seen all of them, but I think a non-fan would be rather confused about a lot of the things that go unsaid. There’s also a laundry list of collectibles, and no way to go back through the game after you’ve beaten it to collect them or alter your ending. You can make game saves mid-game and return to those, but there’s no chapter select. Once you finish it, you’re going to have to play it again from the start if you’re chasing achievements.

I’m a tad disappointed. I saw a little Silent Hill 2 in the trailer, and I see a sliver of it in this game, but it’s not quite there. Hard to recommend for those who haven’t seen the Blair Witch movies, which I obviously enjoyed, but even fans may not enjoy this because of the weak antagonist and silly tree monsters. The scares are here, the tension is here, but it’s far from perfect.

Bonuses: +1 captures a lot of what makes The Blair Witch Project scary