Good morning and welcome to my cataloging of all of the books I read in the first six months of 2018. I started this feature last year (see here and here) and it's something I really enjoy doing. I love making lists of books and I only review or even write about a small fraction of what I read in any given year. Doing all twelve months in one go would be overwhelming, but six months seems about right to me.

As with every year, I've read some pretty spectacular novels - though this time very few of them are 2018 publications. Readers who have followed me from Adventures in Reading will not be surprised that I absolutely loved Elizabeth Bear's The Stone in the Skull (my review). I've been a huge fan of her work for years and this is Bear operating at the height of her mighty powers. An Unkindness of Ghosts is a searing generation ship novel. It is uncommon to read a generation ship novel that takes that conceit and drives a knife straight in the gut by running the ship like a plantation. This debut novel marks Rivers Solomon as an essential writer to watch. It is difficult to maintain a high level of quality and excitement for a novel seven books deep into a series, but Persepolis Rising is one of my favorite novels from The Expanse. It resets the deck and expands the story in a natural way and still delivers a fresh story.

I still need to make it a point to read more novellas published in other venues, but I have been following and reading nearly every book put out by Tor.com Publishing over the last several years. This year has been no different. The thing is, they publish some fantastic books that are quickly becoming some of my favorites. I've read 17 books from Tor.com this cycle.

Taste of Wrath (my review) wraps up Matt Wallace's Sin du Jour series, damn, he goes out with a bang. Sin du Jour has been one of my favorite things running and if there is any justice, Taste of Wrath will be a Hugo finalist next year and Sin du Jour will also make the shortlist as Best Series. I love these books and they deserve the widest possible audience. Black Tides of Heaven received a exceedingly rare 10/10 score from me (my review), and anything Lois McMaster Bujold writes and publishes is of the highest quality. She's not yet one of the SFWA Grandmasters, but that should only be a matter of time.

One thing I look forward to every year is The Tournament of Books (here's a link to this year's offering). I've mentioned it before here, but think of it as March Madness for novels. Literary bloodsport. The good people at The Morning News recognizes and acknowledges the absolute absurdity in judging books in a competition and then leans in hard on that concept. The winners are chosen by the capriciousness of a single judge for each match up and half the fun is trying to read as much as possible before the tournament starts and half of the fun is reading the judgment and arguing (or agreeing) with that judgment.

Some of my favorites from this year's tournament were Manhattan Beach, Pachinko, and The Animators. Naturally, none of them made it to the final. If you're curious about how it all shook out, spoilers, but here's the final between Lincoln in the Bardo and Fever Dream. I didn't really care for either novel, but I pretty much hated Lincoln in the Bardo. Between that and Civilwarland in Bad Decline, I think I'm done with George Saunders.

Speaking of being done with George Saunders, there were a few reading disappointments (besides George Saunders). I'm a huge fan of Steven Brust's Vlad Taltos novels, but Good Guys just did not work for me. Likewise, I've enjoyed previous books from Caitlin R. Kiernan, but her last two works from Tor.com Publishing felt, to me, to be disjointed messes. I'm still confused as to what story is being told and what's going on. Black Helicopters did nothing to help me out. Finally, even with all of the conversation about how Andy Weir's Artemis does not live up to The Martian (a tall order), I was still disappointed in the novel. I appreciate Weir looking to tell different science fictional stories, and I look to see what he does next in the hopes that he'll be able to equal the excellence of The Martian, but Artemis just wan't it.

Finally, I would like to take a look at my reading statistics for the first half of 2018 as it relates to gender. This is something I've been thinking about and working on for a number of years now and I have found that I tend to do a better job at meeting my goals when I check in after every month and continually monitor my progress. Even with four years of thoughtful reading choices, it is so easy to find myself reading fewer women than I would like.

It should go without saying, but I know there will be misunderstanding if I don't. This isn't about denying one set of books (written by men) for another (written by women). It's not. This is about embracing as much as possible. This is about discovering new favorite books and new favorite authors that I never would have discovered if I didn't make a point to see out authors I've "always meant to read" but never have. How many of these women have written my favorite books, if I only I took the smallest amount of effort to find them?

Ultimately, I want to read everything. All the books.

I should also note that I am only counting those writers who use female pronouns in my count of female writers versus male. Any mistakes in this count are mine alone and I apologize for any misunderstandings I may have propagated.

Now, on with the lists! 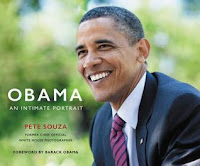 February
13. The Warrior Within, by Angus McIntyre
14. The Animators, by Kayla Rae Whitaker
15. The Barrow Will Send What it May, by Margaret Killjoy
16. The Idiot, by Elif Batuman
17. So Much Blue, by Percival Everett
18. Obama: An Intimate Portrait, by Pete Souza
19. Memory’s Blade, by Spencer Ellsworth
20. Lucky Boy, by Shanthi Sekaran
21. Gods, Monsters, and the Lucky Peach, by Kelly Robson
22. Time Was, by Ian McDonald
23. Autonomous, by Annalee Newitz

April
36. Void Black Shadow, by Corey J. White
37. Discount Armageddon, by Seanan McGuire
38. The End We Start From, by Megan Hunter
39. Black Helicopters, by Caitlin R. Kiernan
40. The Red Threads of Fortune, by JY Yang
41. The Mongrel Mage, by L.E. Modesitt, Jr
42. Artificial Condition, by Martha Wells
43. The Hate U Give, by Angie Thomas
44. An Unkindness of Ghosts, by Rivers Solomon