Today we’re continuing our series on the Hugo Awards with a look at the Related Work category.

3.3.6 Best Related Work: Any work related to the field of science fiction, fantasy, or fandom, appearing for the first time during the previous calendar year or which has been substantially modified during the previous calendar year, and which is either non-fiction or, if fictional, is noteworthy primarily for aspects other than the fictional text, and which is not eligible in any other category

Related Work is a bit of a catch-all category. It’s for work that is primarily non fiction and that is related to science fiction and fantasy, and which is not otherwise eligible elsewhere on the ballot. This is how you can have an encyclopedia compete against a folk album against a podcast against a collection of essays about movies (this was in 2012 when the Fancast category had not yet been created. That particular lineup of finalists can’t happen today. You may also note that albums and songs have been included in Dramatic Presentation – because the two Clipping albums in question are narrative driven whereas Seanan McGuire’s Wicked Girls was not.). There may also be a single blog post competing and winning in the category. Or a series of blog posts focusing on the women of Harry Potter. In the case of this year, there is a biography, a scholarly examination of a writer’s career, a memoir, a series of essays / letters to a deceased writer about the importance of her work, a collection of book reviews, and an essay collection of blog posts.

I believe this is the first year I have read all of the Related Work finalists, though I came close last year. As a general rule, most of my reading is fiction – though I’ve been meaning to hit that stack of biographies I have on my bookshelf downstairs (a statement at which my wife would roll her eyes at given how many years I’ve been saying that). Related Work is an interesting cross section of another side of the genre and another side of fandom.

Let’s take a look at the finalists. 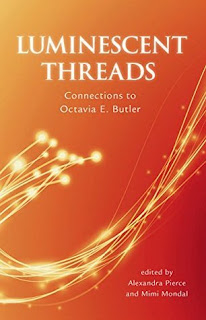 Luminescent Threads: I'm of two minds about Luminescent Threads. The first is that this is an incredible selection of essays and criticism about Octavia Butler and her works. The love and connection so many readers felt with her novels is undeniable. Many of the essays, the "letters", are deeply moving and compelling. The second mind is that when taken as a single work in larger bites, the letters often feel like more of and perhaps too much of the same. Many letters hit the same beats, aim at the same targets, reach the same conclusions. Unfortunately, I attempted to read Luminescent Threads as a book, rather than taking one essay at a time. Doing so muted some of the power of the work. On the plus side, our own Paul Weimer has an essay / letter in the book. 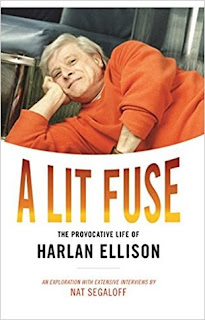 A Lit Fuse: Here’s my genre confession: I can’t be sure if I’ve actually read Harlan Ellison before. I’m sure I’ve stumbled across a story of his in some older anthology or another, but I can’t say what or when. I don’t know if I’ve read his most famous stories. I have copies of both Dangerous Visions anthologies and I may still own Shatterday, but I haven’t read them. Harlan Ellison has mostly been this towering figure shouting “Pay the Writer” from the clouds. I know him from his modern reputation, which includes his groping of Connie Willis during the 2006 Hugo Awards. I don’t know him from his work. Now that he has passed away, I know him from his eulogies and his reputation.

Nat Segaloff’s biography is necessarily a slanted one, biased towards Ellison. Segaloff doesn’t hide Ellison’s flaws, but he does minimize them and give them Ellison’s context and Ellison’s shading. As a biography, it’s a fairly well written and comprehensive one. If I were a fan of Ellison, I would probably be thrilled by detail of the man’s life. Also, a person doesn’t need to be likeable to be interesting or to be worth writing about. This is good, because I’m not sure I would have liked him much. I’m quite sure he wouldn’t have liked me. The problem is that there is a bit of tedium to the writing and the recounting of Ellison’s life. Time will tell if A Lit Fuse turns out to be an important science fiction biography in the long run, but it is certainly a less vital and immediate work on the Hugo ballot. 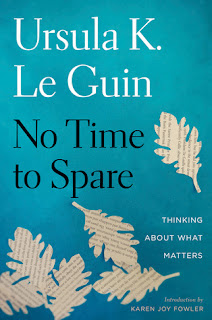 No Time to Spare: While I understand that what we're doing here in evaluating the finalists for Related Work is racking and stacking them against each other and not comparing to finalists or winners in previous years, I can't help but briefly compare No Time to Spare to last year's Related Work winner, Words Are My Matter. Both are essay collections from Ursula K. Le Guin, but where Words Are My Matter was more focused on writing and also came from the text of speeches given and other essays published in various places, No Time to Spare is much more general and appears to be taken completely from Le Guin's blog.

Also, apparently Ursula Le Guin had a blog, which is one of those most basic and astounding facts that I would not have considered (sort of like when Frederick Pohl started blogging and won a Hugo Award for Best Fan Writer in 2010). That's beside the point. Much moreso than her speeches in last year's winning collection, the essays in No Time to Spare are focused on whatever topic she chose to write about. This will come as no surprise given that we're talking about Le Guin, but the writing is strong and compelling. The compelling part is important here because last year that's what I felt was lacking. Again, I'm not really comparing No Time to Spare to Words Are My Matter in terms of this year's category, but I do find it an interesting contrast.

Regardless, No Time to Spare is a strong collection of essays and would be a worthy winner. I have it a bit farther down my ballot this year, but that's just a mark of the strength of the category than it is a statement against the collection. No Time to Spare would be a strong contender in any year, but Ursula Le Guin passed away in January and I have to think that is the sort of thing that might push No Time to Spare a little farther up a few ballots and maybe enough to award Le Guin consecutive Hugo Awards. Of course, I thought that about Carrie Fisher's Princess Diarist last year and, well, Le Guin won for Words Are My Matter. 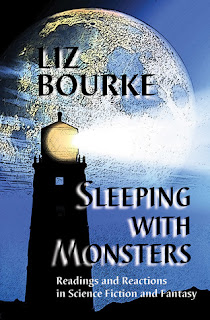 Sleeping With Monsters: I knew I was in good hands when I kept telling myself “one more review” rather than just reading two reviews a night like I had originally planned. I kept adding books to my “To Read” list on goodreads and reveled in Bourke’s excitement and appreciation for books which were already my favorites. Sleeps With Monsters is a collection of Liz Bourke’s previously published reviews, whether from Tor.com, Strange Horizons, Ideomancer, or her own blog. A very small number of reviews are original to this collection.

I’ve followed Bourke’s column since it started on Tor.com. For me, it’s essential reading and adds to my exponential reading list. Her reviews are well considered and accessible. I wouldn’t normally go back and read a collection of reviews that I’ve already read, but Sleeps With Monsters is exactly what I didn’t know I wanted. Bourke’s commentary on science fiction and fantasy is a vital perspective on the genre. 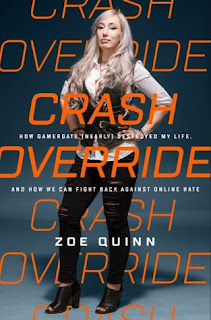 Crash Override: If you're reading Nerds of a Feather and have engaged any any sort of online activity over the last several years, you've likely heard of Zoe Quinn. Quinn is now an activist, crisis hotline operator, a woman working in tech. She has worked with law enforcement, social media companies (and other tech companies), Congress, and the United Nations to address online abuse and harassment. You probably know Zoe Quinn's name because in 2014, an abusive ex boyfriend targeted her with a widespread campaign of lies, threats, doxxing, and ultimately launched Gamergate. I wish  I didn't know Gamergate exists, but I also live on the internet.

This is fucking terrifying. This is Zoe Quinn's story, but her expose on Gamergate and the methods of online harassment (which extend beyond "online harassment" to physical intimidation and assaults, harassing employers, friends, families, everything) are absolutely terrifying and heartbreaking and this is a necessary book. Crash Override is a book that made me angry with almost every page, but I didn't want to put it down either - and the work Quinn is doing with her advocacy is nothing short of heroic. Crash Override is a testament to that. 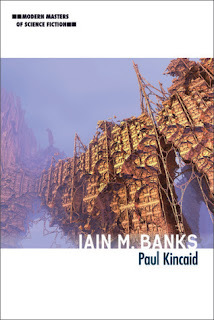 Iain M. Banks: Confession time. I've only read two of Iain M. Banks' Culture novels, Consider Phlebas and The Player of Games. It took me years to pick up Consider Phlebas, and that was almost enough to stop me from reading anything else Banks published. I know the place Banks holds in the science fiction / space opera cosmos, but that first novel did not work for me at all. Or maybe I didn't work for it. Either way. The Player of Games hooked me right off.

I led with that bit of introduction because I'm not sure if the audience for a scholarly work of the career Iain M. Banks is for those who are well familiar with and love his fiction or if it is for readers who may barely be familiar with his work. I'm the second category. I expect reading through Kincaid's relatively slim volume spoiled some things in Banks's novels, but at this pace it will be  years before I encounter them.

This book, from the Modern Masters of Science Fiction series, gets at why (and perhaps how) Banks is important as a writer (and not just as a science fiction writer). It ties together how and when the books were written, what Banks might have been responding to, and some of the critical responses to his work. Perhaps more than anything else, this book made me want to read more of Iain M. Banks (and of the more mainstream work published as Iain Banks). It is an important scholarly work on a major science fiction writer.