While there are still a lot of gaps in the schedule, with only two weeks out to San Diego Comic Con, I thought I would share the panels I hope to attend with my son. It will be different this year attending panels with a preteen's interest at the top of my list, but I am looking forward to experiencing this from his perspective. 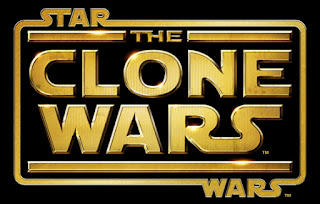 Thursday:
Star Wars: The Clone Wars 10th Anniversary (11:45-12:45, Room 6BCF): This is a series that I shared with my son, even though we didn't quite complete it. He knows the characters well and I would love to share the experience of looking back at this series with him.

Marvel Games (1-2, Hall H): Both of us are stoked at the prospect of catching footage of the new Spider-Man game for the PS4. While we don't have a huge interest in some of the other games that are going to be featured, I feel I owe him at least one Hall H experience in his first year at SDCC.

Marvel Animation Presents: Marvel Rising (3:15-4:15, Room 6DE): Party due to the number of comic books I have laying around the house and the fact that my wife and I take our kids to the MCU films, my son is a big fan of Marvel. While he isn't a big Squirrel Girl or Ms. Marvel fan, I hope that a show like this has the chance to bring these characters to a wider audience.

Friday:
DuckTales (3:30-4:15, Room 6A): My entire family has really enjoyed this reboot and this has quickly risen to the top panel he wants to attend. While it would have been nice to have David Tennet at the panel, his absence might increase our chances of making it in.

Saturday:
The Simpsons (12-12:45, Ballroom 20): I have shared a few of my favorite episodes with my son and he definitely loves the idea of winning prizes, but I don't know if we will follow through on this one. We haven't seen any of the recent episodes, but are both fans of The Simpsons.

Sunday:
Our schedule is currently wide open on Sunday

Rumored panels not on the schedule:
The Goldbergs: I will admit selfishly that this would be in my interest and not my son's. This is one he might have to suffer so I can report back to my wife on one of our favorite shows.

Spotlight on Jeff Smith: I feel that this is on the schedule every year. My family loves the Bone comics and it would be great to take my son to hear directly from one of his favorite creators.

Notable Comics:
In addition to getting a new Captain America #1 in honor of the 4th of July, the big wedding between Batman and Catwoman is here! The big news is that we have the first issue of Joe Hill's The Cape: Fallen!! Based on Hill's antihero, Jason Ciaramella is penning the latest chapter in this extremely disturbing series.