For the second year, KPCC in Pasadena, California, has made a public radio bracket for NPR shows. Some of my favorite podcasts, like 99% Invisible and Radiolab are in it (and Radiolab might be cruising to victory), and that gave me an idea. What about a bracket for Sci-Fi TV Shows? When we put it to a vote, what would the fans decide is/was the greatest Sci-Fi TV Show of All Time?

What say we find out?

I've taken 32 shows, and grouped them into four regions, Classic North, Classic South, Modern North, and Modern South, with the four No. 1 seeds The Twilight Zone, Star Trek, Dr. Who, and The X-Files, respectively. The "modern" line was drawn somewhere around 1995, encompassing the last 20 years. It's all entirely unscientific, but hopefully fun. Participate by voting in the polls below, and every few days we'll tally the votes and the winners will advance to the next round. There's also a printable bracket so you can play along at home. Vote as often as you'd like. Painting the show's colors on your body is optional. 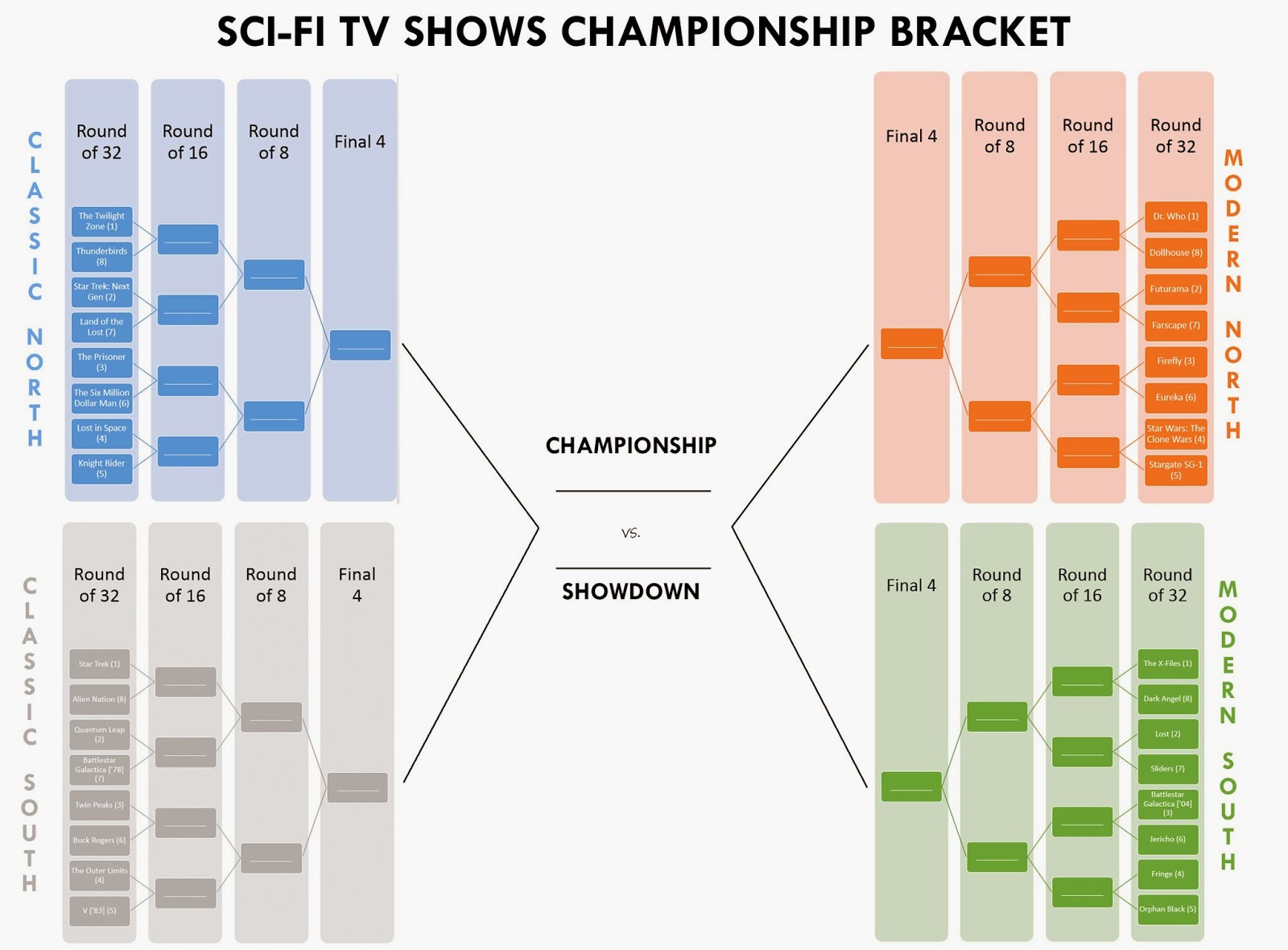 
Happy bracketing! And if you start any office pools or anything, let us know. We'd love to hear about it.

Posted by Vance K - Cult film aficionado, unapologetic lover of terrible movies, and Nerds of a Feather contributor since 2012.
Posted by vkotrla at 4:44:00 PM