Review: The Book of Tea Duology by Judy I. Lin

These are books you can safely judge by their covers: gorgeous in their concept, rich with symbols, all the more exquisitely detailed the closer you look 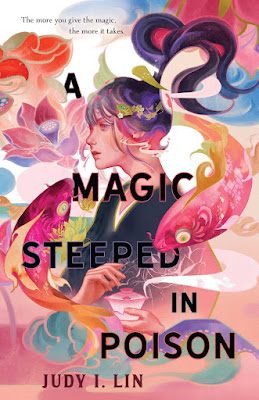 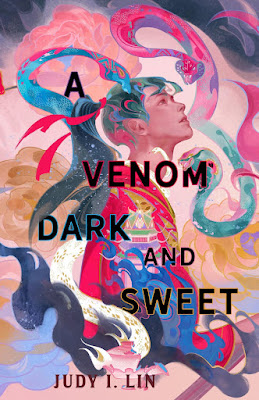 In the gods-touched land of Dàxī, the delicate art of Shénnóng can heal and comfort, reveal secrets and connect hearts, weaken and kill. By pouring boiling water over the right mix of herbs, a practitioner of Shénnóng magic can hold the fate of entire kingdoms in a cup of tea.

But someone has tainted the magic: all over Dàxī, some batches of tea leaves have turned out to be lethal. Shénnóng apprentice Zhang Ning accidentally kills her mother and makes her sister gravely ill with a recipe made from the adulterated tea. Without her mother's guidance, she must rely on her incomplete training to figure out an antidote before her sister dies. When a message arrives from the capital city, summoning all Shénnóng apprentices for a competition to appoint a new court mage, Ning thinks that may be her chance to learn from more experienced tea brewers and study the advanced manuals that she can't find in her village. For her sister's sake, she'll try anything.

However, when she arrives at the imperial palace, she finds that the government has its own problems to deal with: princess Li Ying-Zhen has been placed in charge of the empire because her father is suffering from an unexplained sickness, and her tenuous hold on power creates an opening for schemers and opportunists to gain favor by all means. Meanwhile, the emperor's banished brother is rumored to be gathering forces to make a daring move for the throne. As Ning laboriously advances through the competition, she becomes more and more entangled in the dirty games of politics, and falls for the charms of an enigmatic young man who seems to be pursuing his own agenda in the imperial court. Will Ning survive the rounds of cutthroat intrigue and unexpected backstabbing in time to solve the case of the poisoned tea and save her sister?

Judy I. Lin's debut novel A Magic Steeped in Poison is a quick, effortless read, but it packs a surprising amount of high-stakes drama within its short page count. Through Ning's eyes, we're introduced to a political system on the brink of abrupt change, a setting molded by centuries of complex history, and a mystical world fertile in possibilities.

That last element is the strongest hook of the story. The author has created a magic system based on the selection and combination of ingredients taken from real-world Chinese medicine, but endowed with otherworldly powers. The steps of each recipe are narrated in loving detail and constitute the main anchor from which the tone of the prose emerges. Even the most violent scenes are filtered through a dreamlike style that maintains the reader's sense of wonder. Descriptions are meticulous; dialogues are heartfelt; spells are extraordinary. This is powerful magic, but it doesn't produce any flashy explosions. It requires subtlety, patience. All the ingredients of a cup of tea need to interact harmoniously and in the right amounts. Just sharing a cup is an intimate ritual with lingering effects.

The other elements of the story are handled with no less mastery. The imperial court harbors ambitious sages and ministers whose trustworthiness can be best summarized as fluid, and the head-spinning chain of betrayals toward the end of the novel escalates the danger to world-spanning proportions.

The sequel and conclusion, A Venom Dark and Sweet, follows Ning after running away from the palace, and alternates her story with that of Kang, the son of the banished pretender, who is now mere steps from securing the throne. This time, Ning needs to travel to the northern provinces of the empire to find soldiers who are still loyal to princess Zhen and are willing to retake the capital city for her. As she explores landscapes ruled by ancient and unpredictable magic, Kang conducts his own inquiries, spurred by the suspicion that his father's military campaign may be under the influence of someone with more sinister intentions.

In this second book, the author takes Shénnóng magic beyond what seemed to be its limits. Ning's empathic connection to herbs grows deeper and more versatile, and when the true nature of the threat to the world is revealed, divine forces begin to get involved in the plot. (Here you need to take your Western eyeglasses off, because the deus ex machina trope does not apply to other narrative traditions.) Once it is fully presented, the focus of the conflict refers back to a question briefly mentioned in the first book: Is human nature good or evil? In a refreshing move away from the Protestant concept of inborn taint we're familiar with, the conclusion of the story delves into both the strength and the frailty of humanity, and sets these qualities in contrast with the timeless battles between gods. All this time, Ning and other mages like her have been drawing power from the divine realm, but is the reverse possible? Is there something about humanity that would lure a god?

What's certain is that there are abundant ideas in these two books to lure the reader. Every story about magic is, deep down, a story about power. And against the power of tyrants who would sacrifice thousands of lives to expand their dominion, the Book of Tea duology rejects the easy route of fighting fire with fire. Instead, it proposes the humble power of gathering with your chosen family around a table, having drinks poured from the same teapot, and creating a moment of true connection. The weapons are right there in the pantry. Every seat added to the table is one fewer enemy. Togetherness is the measure of victory.

Bonuses: +1 for an enthralling feat of worldbuilding.

Penalties: −1 because, after dozens of dangerous situations solved with the quiet charm of tea, the big final battle leans closer to flashy explosions.