You may not have a collar, but you'll never get lost. 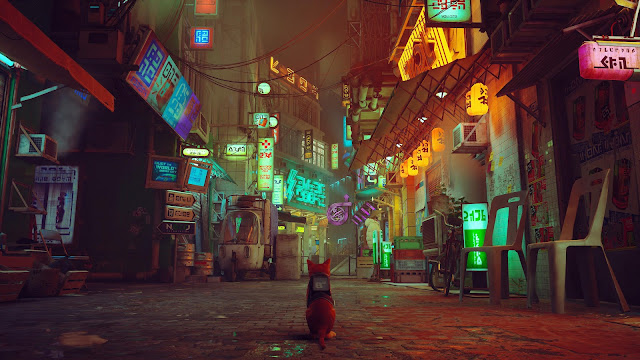 Stray, the long-awaited game in which you play as an unnamed ginger cat, has finally arrived. Explore the grungy walled city with its vibrant cyberpunk dystopian setting and robot citizens. Discover the mysteries behind Walled City 99 and assist its citizens in their tasks as you pitter-patter around on your little pink toe beans. Knock stuff off of surfaces, nuzzle friendly folks, tear up every scratching post you see, or use the dedicated meow button to get attention. Stray does justice to its main character and ensures that the novelty of controlling a cat is not only enjoyable but remains so for the duration of its playtime. 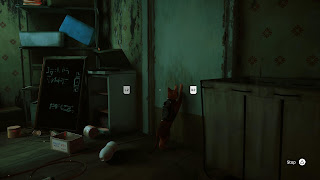 Toward the beginning of the game, our cat protagonist finds themselves separated from their clowder and is flung down into the depths of Walled City 99. The primary objective of the game is to return to the surface. With your newfound floating robotic friend, B-12, you embark. Through B-12, the protagonist can understand what the robot citizens are saying, Not only that, but much of the journey with B-12 is about recovering memories from its past; Who were they? What happened to the city? What happened to humanity? 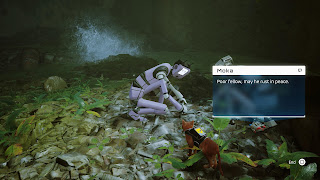 Keeping an eye out for collectible memories is important if you're going to get the most out of Stray’s lore. The robotic citizens don’t share too much and are rather sheltered, only really knowing their direct surroundings, or if they do know something, are afraid to do something or speak about it. The primary collectibles in the game aren't superfluous and add to the overall experience, unlike most other games out there. Stray does collectibles right and doesn't have very many of them, which helps keep the game on pace. 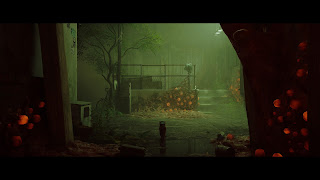 The unfortunate thing about Stray is that it is a very short game, and while it doesn't overstay its welcome, it does charge the premier price for an indie game ($30). The game's quality is high, and Blue Twelve Studio did well in ensuring that the vision for Walled City 99 was met. The neon lights and garbage-filled alleys create a great sense of atmosphere, which in turn pique curiosity in the game’s world and lore. The high price point is surely to deal with the effort put into visuals, and while I have no issue with that, I like the level of substance to match that of the style. 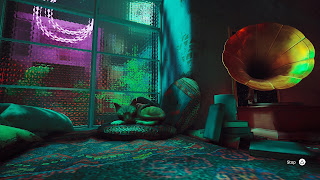 The gameplay is simple. It's a platformer, but without the challenges of a platformer. You don't have to time jumps or land accurately, the game does all of that for you. You simply press the jump button when you see a prompt on a ledge and bingo! Sometimes the game would auto-detect the wrong ledge at the last second and I had to jump back to where I was before, but it’s not a huge problem considering you don't have to manually make the jumps. There are a few chase sequences and dealings with Zurks to change the pace, and some simple puzzles along the way to shake things up. The game never truly offers a challenge, I’d put it in the same category as something like Journey or Gone Home, where the adventure or story is the primary focus, not the gameplay. And while it doesn't quite hit the highs of either of those games, it’s more enjoyable to control. 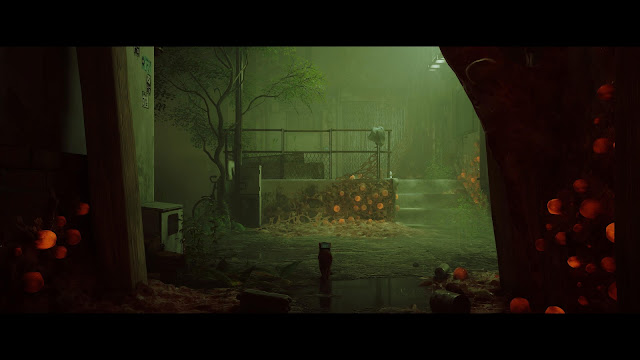 Playing as a cat is a treat. The animations are cleverly done, the sound effects match up, and you can make the cat do the zoomies. You can even use the dedicated meow button during some cutscenes! Blue Twelve Studio made controlling the cat exactly what one could have wanted. Large vertical leaps, little paw slaps when knocking things off ledges, and purring (which you can feel through the DualSense controller) are all accounted for and the developer has stayed true to the experience they envisioned, even if it was at the expense of more gameplay freedom and challenge. I think it was the right decision. 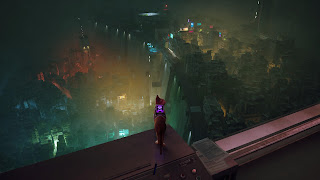 Stray’s story is straightforward, never wowing, but consistent and enjoyable. The game doesn't ask too much of the player emotionally or mentally, and when it does have a warm moment, I find it halfway succeeds. You don't spend very much time with any specific characters in the game to grow an emotional attachment to them. As well, not enough is done with the time given per character to create an attachment between the player and the characters. The affecting moments are surface-level, but they do their job.

When I wrapped up my first play-through of Stray after about five hours, I was pleased with the overall experience. I went back and cleaned up the few remaining collectibles and even did a speed run and beat it in under two hours. The game was never stale and I enjoyed playing as a cat and meowing at all of the robot denizens of Walled City 99. I liked finding out about the history of the world and the humans that once inhabited it. Stray isn't a very deep game, but it is enjoyable. If you like cats and simple adventure games with cool settings, Stray may scratch your itch. 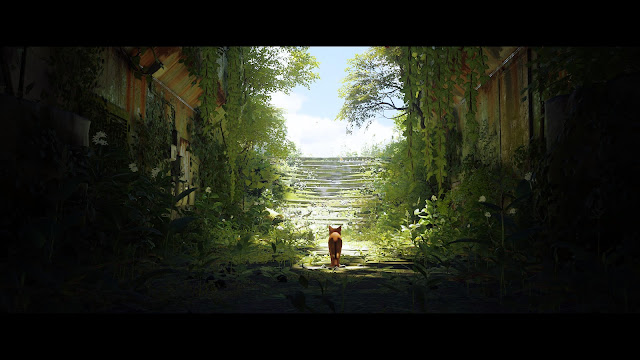 The Math
Objective Assessment: 7/10
Bonus: +1 for purrfect cat animations and sound effects. +1 for good pacing and never overstaying its welcome.
Penalties: -1 for being more style than substance. -1 for almost no challenge.
Nerd Coefficient: 7/10
Posted by: Joe DelFranco - Fiction writer and lover of most things video games. On most days you can find him writing at his favorite spot in the little state of Rhode Island.
Posted by Joedelfranco at 12:00:00 AM