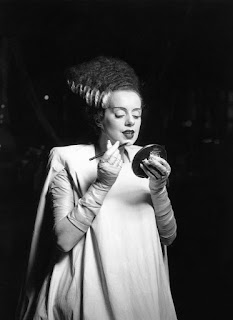 Welcome to the second installment of my series rounding up some key horror and sci-fi movies of a particular era, forcing them stare right at each other while standing too close together, and then making them duke it out. When last we met, the horror and science fiction genres were heading back to their respective corners, after horror decisively won Round One: the silent film era (1900-1929). The bell is ringing for Round Two — will science fiction even the score in the first full decade of sound film? Or will horror once again dominate the judge’s scorecard? Might there be controversy?

Let’s see who comes out ahead.

Sci-Fi: 1936 gives us a very interesting artifact — Things to Come, directed by William Cameron Menzies and written by H.G. Wells, himself. I discovered this movie many years ago and actually re-cut it into a music video for the first song on the first album by my then-new musical project, Sci-Fi Romance. I’m biased, I have a soft spot for it, but also, it’s a really cool movie. It envisions the coming of World War III, and the worldwide destruction that follows, sending civilization back to little more than the Stone Age. But from the ashes, mankind rises to ever greater heights, and the film features some top-shelf retro-futuristic visuals.

The 1930s overall give us something else that becomes a formative component of the visual landscape of sci-fi: the theatrical serial. Buck Rogers, Flash Gordon, and even the gadgetry of Dick Tracy may not have filled out feature films of the 1930s, but they were a key part of the moviegoing experience — along with newsreels and cartoons — and they helped shape the narrative and visual aesthetic of James Bond and Star Wars films to come, under whose shadows every big-budget tentpole movie of today lives.

But let’s be honest. The genre that is most closely associated with the 1930s — thanks primarily to two performers, a producer, and a studio working in concert — is horror.

Horror: There's no mystery, here — the performers are Boris Karloff and Bela Lugosi, and the producer is Carl Laemmle, Jr., head of production for Universal Studios, which his father had founded. Working with directors like Tod Browning and James Whale, Laemmle made the decision to focus Universal's output on relatively inexpensive genre films during the early years of the Great Depression, and the studio produced a string of films that became synonmous with Classic Horror. Dracula (both the English and Spanich versions), Frankenstein, The Bride of Frankenstein, The Invisible Man, and The Mummy. I mean, books have been written about the Universal Monsters...many, many books. I don't need to elaborate. 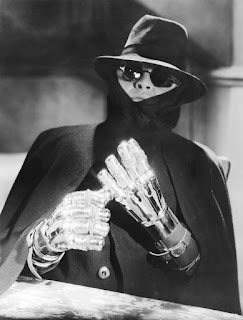 But that's just the tip of the iceberg. The 1930s also brought Peter Lorre to the United States, and he starred in Mad Love, which was directed by fellow German ex-pat Karl Freund (who also shot Metropolis for Fritz Lang before coming to the States and shooting Dracula, directing The Mummy, and then essentially inventing TV studio production with I Love Lucy). Still in Europe, Carl Theodor Dreyer made Vampyr after his silent masterpiece The Passion of Joan of Arc. And speaking of H.G. Welles, his Island of Dr. Moreau was adapted as Island of Lost Souls with Charles Laughton.

But I hear some of you saying, "I thought Marty Shelley's Frankenstein is considered the first science fiction novel. So shouldn't Frankenstein be a science fiction movie?" You make a good point, invented naysayer. Frankenstein and Bride both have truly epic production design in the laboratories — the stuff of science fiction tropes from here to steampunk Victorian England and back. Yeah, good point. And, I mean, the movie James Whale made in between those, The Invisible Man, it's about a mad scientist...or at least a scientist whose work had the unfortunately side-effect of causing madness. And I guess in Mad Love, Peter Lorre plays a surgeon. Island of Lost Souls is about a doctor performing essentially genetic experiments. In a world that had only known that viruses were a thing for about the last forty years, a world where human flight was only a couple of decades old and the Jet Age was still beyond the horizon, science was not yet the massive portion of the zeitgeist that it would soon become.

So there's a lot of  overlap here. Too much for comfort.

The Winner: It’s a draw.

I know. I didn’t see it coming, either. But the 1930s present us with an earlier incarnation of a problem we face today, in the age of Peak Superhero. Is Jessica Jones a Neo-noir, or is it speculative fiction because of superheroes and mind control? Is it more one than the other? What’s WandaVision? What’s Frankenstein?

In the 1930s, there simply wasn’t a meaningful onscreen distinction between sci-fi and horror. They were treated largely the same way by the studios, in promotions and packaging, and shared the same talent in front of and behind the camera. At the bell that brings this round to a close, both of our battered combatants can return to their corners with their heads high.

Posted by Vance K — cult film reviewer and co-editor of nerds of a feather, flock together since 2012; film nerd since the local UHF channel played Dracula and Frankenstein for Halloween, tinted blue and green, respectively, many, many years ago.