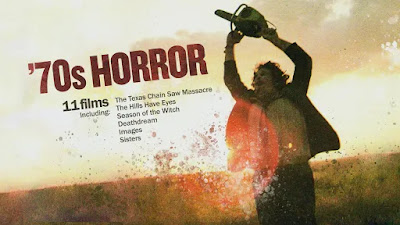 The Criterion Channel bookended 2020 with two genre collections — “Seventies Sci-Fi,” and “‘70s Horror” — one in January, the other timed for Halloween. I watched a ton of those movies. Many of the 70s sci-fi titles were new to me (A Boy and His Dog, Demon Seed, Dark Star) and while some of the 70s horror titles were old favorites (Texas Chainsaw Massacre), I took the opportunity to introduce myself to more George A. Romero non-zombie films.

I found both experiences very interesting, but for different reasons, and it gave me the idea for this series — in which I will attempt to pit horror movies against sci-fi movies for every decade of the 20th century. This will be an entirely subjective undertaking, of course, but I’m going to try to look at both the quality of the films produced in each given decade, as well as the impact those films had more broadly either on the culture or on the evolution of onscreen storytelling.

I know this first installment is a little bit of a fudge, since I’ll be tackling the entire silent film era, which spanned about three decades. But a couple of things make this a more-reasonable grouping than spinning my wheels for three articles before anybody even gets to hear an actor’s voice.

First, the vast majority of films created before 1930 are lost. Martin Scorsese’s Film Foundation estimates that 90 percent of all films made before 1929 are lost, including key works by big stars of the silent era such as Lon Cheney. I’m working with what I’ve got.

Second, the feature film didn’t exist at all until 1906, and didn’t become the prominent type of film program until sometime in the next decade. Short films and serials existed in the same theatrical landscape alongside increasingly ambitious feature offerings focusing on increasingly sweeping spectacles. The breadth of genre content that emerges from the stew of the film industry’s formative early years seems to me like a tasty enough helping to get started with. That was some metaphor!

So that’s the pregame out of the way. Let’s get to it!

Sci-Fi: The very earliest days of cinema, roughly from the year 1895 to 1898, revolved around programs that were simply a single shot, lasting only a few seconds. The first film believed to employ more than a single shot, creating actual edits, is thought to have been made in 1898 by English filmmaker Robert W. Paul, who was an acquaintance of George Méliès. In the same year, Méliès began experimenting with camera tricks such as double exposure and reverse-cranking, or running the film backward. In 1902, Méliès created arguably one of the first masterpieces of film, A Voyage to the Moon, which remains a remarkable feat of artistry using a medium that had only existed for seven years. There’s no “science” in A Voyage to the Moon, but it was inspired by a Jules Verne novel, and involves space travel, so I’m putting it in the sci-fi bucket. 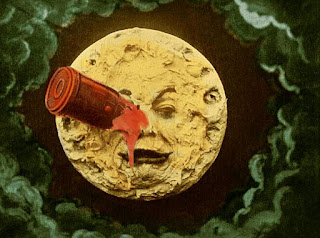 Méliès also adapted Verne’s 20,000 Leagues Under the Sea in 1907, but things in the sci-fi arena don’t really get cooking until the 1920s. The most significant achievement of the period is Fritz Lang’s 1927 German masterpiece Metropolis. This is one of the all-time great films, and explores the ideas of the exploitation of workers, underground cities, futuristic paradises of skyscrapers and rapid transit, robots, Messianic revolutions, and more. The image of the robot Maria has become iconic, an enduring image that still informs sci-fi design.

Other notable films of the era were The Lost World from 1925, which featured stop-motion dinosaurs created by animation pioneer Willis O’Brien, who would also animate King Kong, and Russia’s Aelita, which focused on social revolution in a sci-fi setting.

Horror: Before his foray to the moon, Méliès spent the last few years of the 19th century creating a number of what are considered the first horror films, producing at least four horror shorts between 1896 and 1898 that revolved around trick photography. He adapted the story of Faust in 1907, and continued making other horror shorts through the decade.

In the United States at the beginning of the 20th century, Edison Studios was the major player in film content, from one-shot films like 1896’s The Kiss to some of the earliest narrative short films, such as 1902’s The Great Train Robbery. They got into the genre adaptation game with the first adaptation of Mary Shelley’s Frankenstein in 1910. Carl Laemmle — a name that would become synonymous with horror in the 1930s — tackled an early adaptation of Dr. Jekyll and Mr. Hyde in 1917. 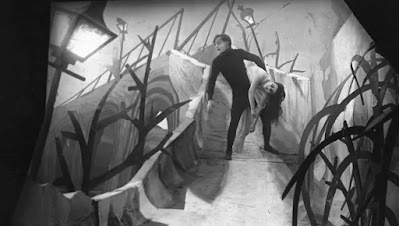 Just like in sci-fi, the 1920s really heralded the beginning of horror films as a going concern. In Europe, the German Expressionist design aesthetic that informed Metropolis found one of its earliest and most enduring exemplars in 1920’s The Cabinet of Dr. Caligari. The following year, Victor Sjöström directed The Phantom Carriage in Sweden, a film that would have a profound influence on Ingmar Bergman. And 1922 saw both F.W. Murnau’s Nosferatu and the documentary-ish Danish film Häxan, or Witchcraft Through the Ages. Nosferatu still holds up as a solid adaptation of Bram Stoker’s Dracula, and gave us the iconic, unforgettable images of Count Orlock, which continued inspiring filmmakers like Werner Herzog in 1979’s Nosferatu the Vampyre and the speculative behind-the-scenes film Shadow of the Vampire in 2000. I recommend all of these early 1920s films. By the end of the decade, in 1928, the French adaptation of The Fall of the House of Usher, which borrowed heavily from the German style, arrived on the scene, and is another quality film that still rewards viewing. I liked it so much I turned it into a music video.


In the United States, Lon Cheney emerged in the 1920s as the first huge Hollywood star of the horror genre, with roles in The Hunchback of Notre Dame, The Phantom of the Opera, and The Unknown (directed by Tod Browning, who would soon helm Bela Lugosi’s Dracula), among many other films, including the now-lost London After Midnight. The success of these Universal films paved the way for the much-beloved Universal Monsters films that were to soon follow in the 1930s.

Metropolis is great. A Voyage to the Moon is great. But the sheer volume of standout horror movies from the 1920s that hold up to this day make this is pretty easy call. In the battle of the genres during the period of silent film, horror is the clear winner.

Posted by Vance K — cult film reviewer and co-editor of nerds of a feather, flock together since 2012; silent film nerd since the waning days of the 20th century.