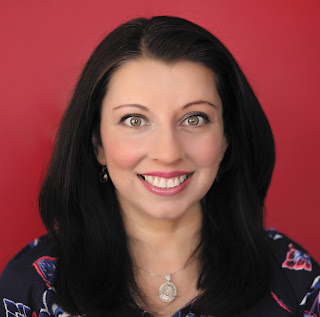 Ausma Zehanat Khan holds a Ph.D. in international human rights law with a specialization in military intervention and war crimes in the Balkans. She is a former adjunct law professor and Editor-in-Chief of Muslim Girl magazine, the first magazine targeted to young Muslim women in North America. She is also the award-winning author of The Unquiet Dead and The Bloodprint, the first book in The Khorasan Archives. A British-born Canadian, Khan now lives in Colorado with her husband.

Today she shares her Six Books With Us

I read a few at a time, so I’m reading S. A. Chakraborty’s The Empire of Gold, the conclusion to her incredibly accomplished fantasy trilogy. I love the world she’s conjured up, the complexity of the magic, and also that it’s just such a great adventure with these unforgettable characters—funny and heart-wrenching at the same time. I’ve also begun R. F. Kuang’s The Dragon Republic, though I haven’t recovered from The Poppy War, which was about an orphan girl turned shamanic phoenix who wields devastating power. This series is turning me inside out, which is the highest praise I can give. And I’m also reading Kona Winds by Scott Kikkawa, a fascinating crime novel set in Honolulu featuring a Japanese American homicide detective. The voice and sense of place are so good!

Midnight Doorways: Fables From Pakistan by Usman T. Malik. I just recently read this collection of short stories/novellas and I couldn’t sleep for a week. It’s fantasy/horror, set in Pakistan, and Malik has imagined these worlds that are so familiar to me, yet also so intriguingly jarring and distorted. His prose is gorgeous, surprising, terrifying, and his themes are so deep—one story is a tribute to the students killed in a terrorist attack on a school in Peshawar, which is my father’s hometown. Reading these stories I felt at home, but also completely hollowed out—such is Malik’s power. I also can’t wait for Hana Khan Carries On by Uzma Jalaluddin. This is romance in the You’ve Got Mail vein, but it’s set in a multicultural city and focuses on themes of Islamophobia. It’s sweet, hilarious and deeply moving. It’s one of those books that makes you feel seen, while helping you to remember what the good fight is all about.

My answer to this is usually any book in Nalini Singh’s Psy-Changeling series, but this time I’m going to say A Constellation of Vital Phenomena by Anthony Marra. This highly praised novel is about Russia’s abuses in Chechnya in the late 1990s, and when I first read it a few years ago, it completely broke my heart—it just made me feel so much. It’s not graphic but it doesn’t gloss over suffering and cruelty either, pierced by this moment of a religious ritual of astonishing beauty—one silent, perfect thing in the lives of a persecuted people that war criminals couldn’t steal. So I have to prepare myself to read this book again because of how painful it is, yet I’ve never forgotten the beauty and power of Anthony Marra’s storytelling.

My answer to this doesn’t quite fit the question but I’m going to charge ahead anyhow. I’ll say Dreams of Trespass by Fatima Mernissi. This is a fictional memoir describing the great Moroccan feminist icon’s childhood lived among women. I first read it when I was in my early twenties, and at that time it was just a gorgeous study of what life was like for women and girls in another place, another time, and within another culture. Since then, I’ve re-read it several times, and now I see how deeply rooted its feminist themes are—how much it has to say about women in public space, about women’s independence in conservative, patriarchal societies much like the one I come from, in terms of my Pakistani Pathan/Pashtun history and identity. So I always felt that sense of connection with this book because Mernissi’s world was very similar to the one my mother grew up in, but I didn’t fully appreciate the strength and persuasiveness of Mernissi’s arguments about women’s freedom and autonomy. Now I understand Dreams of Trespass so much better.

It has to be the science fiction novel Dune by Frank Herbert. I read it as a young teen and it set fire to my imagination. I loved it immediately because I recognized its heavy reliance on the Arabic language, and on Islamic history and mythology. It felt to me like Herbert had treated that history with respect—that he’d imbued it with the majesty and beauty that should be its due. As this brown kid growing up on the Canadian prairies I was so taken with the idea that there was this book out there in the world for me when I’d never seen any aspect of my identity on the page before. So the magic for me began early. I’ve re-read Dune more than any other book I own, I know its dialogue inside out, and I’ve just grown to love it more as an adult. There’s so much to it: the worldbuilding, the characterizations, the story. The use of the Voice in Dune and the role of the sisterhood of the Bene Gesserit was definitely an influence on how I conceived of my Khorasan Archives fantasy series, but also the lesson that readers should be deeply invested in your characters, because I cared so much about Paul’s fate, and I adored Lady Jessica, Gurney Halleck, Stilgar and the Duke.

My latest book is called The Bladebone, and it’s the conclusion of my Khorasan Archives epic fantasy series. My lead characters, Arian and Sinnia, are gifted warrior-scholars imbued with the powerful oral magic of the Claim, and in The Bladebone, they wage a final battle to bring down the ruthless patriarchy of the One-Eyed Preacher. The Preacher has subjugated women in the world of Khorasan, and now Arian and Sinnia confront his powerful sorcery in a final battle. If you’re as fascinated by the Silk Road as I am, and if you love fantasy with feminist themes, this may be the book for you.