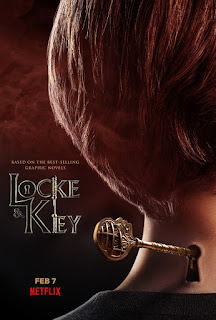 We finally have a date for the Netflix adaptation of Locke and Key!  While it is later than I would prefer, I am happy that on February 7 I can finally watch a live action version of my favorite comic book of all time.  While other adaptations of Joe Hill's works haven't been that great, I am optimistic that this one will deliver. 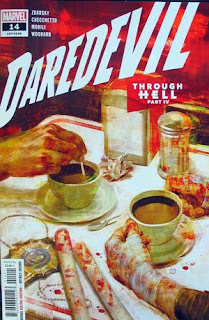 Pick of the Week:
Daredevil #14:
Daredevil remains on track for his eventual return. His rehab with Elektra is going well and the turf war in Hell's Kitchen is reaching its breaking point. After helping Detective Cole North, it appears that North and Daredevil are on the path of eventually teaming up. North has major ethical concerns with how Daredevil conducts himself, but the rot in the police department is too big to ignore.

Meanwhile, Wilson Fist is being seriously challenged by Owlsy, but is handcuffed with what he can do with the spotlight of being Mayor.  This leads to some unlikely alliances among other crime syndicates and we are very much nearing all out war.

As I note often in gripping storylines, this is really the calm before the storm.  Daredevil, Elektra, and North appear to be forming a team as the turf war escalates in order to protect the city. The one piece of the puzzle that remains a true mystery is how Fisk will react when this all goes down.

The Rest of the Pull List:
Cullen Bunn's new horror title, Dark Ark, continued as we learn more about the group that was tasked with saving all of the demons and evil creatures from the great flood.  I remain very intrigued about this series and feel it has tremendous potential.  I am also excited about..., a comic based on a serial killer who operated in Nazi occupied Germany.