In this, the gift-giving season of 2019, we find ourselves at a strange technological crossroads. In years past, I have wrapped and given, and received and opened countless CDs, DVDs, vinyl records, you name it. For two generations, we have given each other *a* movie or *an* album we think will mean something to the recipient. But now, suddenly, with the proliferation of streaming services, we can give someone...*all* the movies. Or *all* the albums. It's a huge shift, and one that will continue to play out for many holiday seasons ahead, but this year it creeps into our Gift Guide. What will Gift Guides of Christmases-Yet-To-Come hold? Only Criswell knows for sure. - vk.

It is the height of consumerism to recommend Disney+. It's the new streaming service on the block and there have been some technical hiccups in the roll out, but I have two small children and there is just so much goodness available and more on the way. From the Pixar movies to Marvel to Star Wars to Disney animated classics to Mickey Mouse Clubhouse (I've got small kids) to the wealth of 90's cartoons (Darkwing Duck, we're looking at you) - Disney+ has something for the whole family. 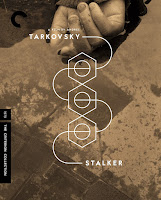 Did you like Chernobyl? What about Annihilation? Men in Black? Mash those three together and then crank the weirdness factor up to 11 and you’ve kinda sorta got Andrei Tarkovsky’s adaptation of the classic SF novel Roadside Picnic. Not for the faint of heart, and like a lot of European arthouse cinema, it requires a good deal of patience. But the viewer’s patience is duly rewarded in spades. 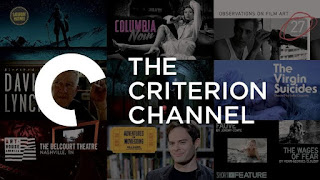 Filmstruck is gone, and the Criterion Channel has taken its place. This streaming service boasts access to the Criterion Collection library, but there are licensing deals on certain titles that mean they'll either never show up on this platform, or will only be there for a little while. This is familiar to all of us who have watched things disappear from our Netflix lists, so we know the drill. But in addition to bringing film nerds (like me!) the works of Bergman, Kurosawa, Ray, Tarkovsky (see above), and other legends of world cinema, the channel is also doing a great job of curating new and under-appreciated talent. With showcase collections about women filmmakers, LGBTQ+ cinema, various spotlights on specific areas of the world and filmmakers from there, animation, and other specialties, it's a rewarding streaming option on several fronts.

It’s easy to be skeptical of the DC comic universe of movies. They’ve had a rough launch. But Shazam! requires none of the backstory of those movies, and it’s easily the most fun. Billy Batson is a teenage orphan who suddenly finds himself with super powers. It’s a stark contrast between the dour Superman we’ve seen recently, and a kid who wasn’t born Superman but needs to learn some of the same lessons. It doesn’t bury you under mountains of comic book history. It gives you a quick supervillain origin, a quick superhero origin, and then lets those two forces collide. If you’ve been disappointed by DC’s previous comic book movie outings, forget about them and give Shazam! a shot. It’s just a fun superhero movie, which is what this universe of films should’ve kicked off with in the first place.

Shazam! is available on most major video media formats, streaming, physical, and otherwise. 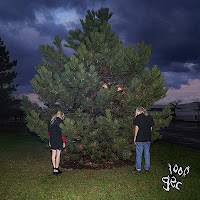 1000 Gecs might break your brain. I know it broke mine the first time I listened to it. Coming in from having listened to Stupid Horse on repeat for it’s ska-influence, I wasn’t sure just what in the hell I was listening to. But the more I listened to it, the more I liked it. I’m not a music critic. I don’t know anything about music, and I have bad taste. But 1000 Gecs sounds different. It sounds fresh and new. It’s a brisk 20-something minutes of the best post-pop I’ve heard in a long time.

1000 Gecs is available on almost all music streaming platforms.

Phoebe:
There Existed an Addiction to Blood by clipping. 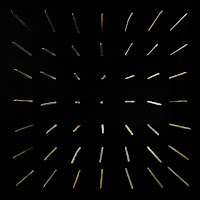 For the hip-hop fan, the horror fan, the narrative fan — heck, the Hamilton fan — in your life, may I recommend clipping.'s latest album There Existed an Addiction to Blood. Some folks might be aware of their Hugo-finalist album Splendor & Misery (a narrative story about an AI and a prisoner), but this album shakes things up by going full horrorcore. Each song is a story all in itself, ranging from cannibals to werewolves. That being said, the songs don't get lost in the story and remain tracks ready to break out at the next Halloween party. While the songs definitely have a Halloween flare — perfect for its October release — the atmospheric elements will engage speculative fans all year long.

Posted by Vance K — cult film reviewer and co-editor of nerds of a feather, flock together since 2012.
Posted by vkotrla at 12:00:00 PM