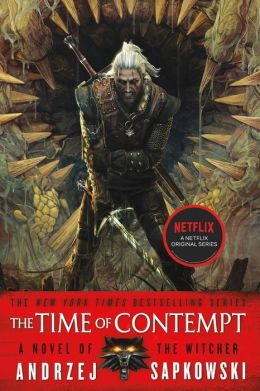 Sometime in the 1990s, fantasy's center of gravity shifted. Simple heroism (and anti-heroism) were out, along with magical trinkets, gallant knights, noble savages, evil gods, prophesied chosen ones, elves, dwarves, dragons and most other mainstays of both the neo-Tolkeinic and sword & sorcery questing traditions. Moral ambiguity, violence, greed, vice, corruption and, above all, politics reigned in their stead.

The gritty revolution was, and remains, a reaction to all the ridiculous tropes and cliches that once defined fantasy. Regardless of whether (and to what degree) gritty fantasy has grown captive to its own tropes, it was at one point inarguably fresh and inarguably revolutionary. The revolution did not, however, occur overnight. Glen Cook's The Black Company was published in 1984--a good dozen years before A Game of Thrones and fifteen before Gardens of the Moon. Rather, the transition occurred over the course the 1990s; as a result, most of that decade's major works straddle both worlds.

Andrzej Sapkowski's Witcher cycle is one of these hybrid beasts, and perhaps the most profound and significant of them all. On the face, you have an Elric clone questing through a Tolkeinic world drenched in cliche and populated by nearly every sentient non-human creature ever touched upon in fantasy (yes, there are even centaurs, werewolves and unicorns). He is trying to save the prophesied one from the evil, vaguely Teutonic/Russian Emperor to the South/East. He is handsome! He scores with hot chicks! He has a wisecracking sidekick! He kicks ass and everyone knows it!

Only, if you peel off the bark off this cavalcade of fantasy tropes, you discover the degree to which Sapkowski picks apart these assumptions and their underlying moralities. That chosen one? Well, she isn't prophesied to save the world, but to destroy it. That evil, vaguely Teutonic/Russian Emperor to the South/East, then? At least he isn't organizing pogroms against elves and dwarves like his supposedly heroic counterparts to the north. And virile hero Geralt? Well, he is definitely handsome--it's just that he doesn't so much score with hot chicks as engage in complex and painful relationships with independent and capable women (e.g. with the asskicking Yennefer of Vengerberg). And as far as his whole monster hunting/ass-kicking thing goes, turns out he does it for money, and because it's the least political thing he can do in a world where his skills and talents make him an attractive tool for the powerful. But even this act is fraught with guilt and pain--after all, Geralt knows that, through this act, he is contributing to the ongoing disenchantment of the world.

Time of Contempt is many things. It is a disturbing and deeply political novel about what life might really be like in an traditional fantasy world. It is a deconstruction of traditional fantasy tropes and it is a devastating critique of the racism, sexism and nationalism that have done so much damage to our world, and which are casually reproduced in much traditional fantasy. Yet though the book is, ultimately, gritty as hell, it's also funny and charming and intimate. It's playful with the source material, not dismissive of it. This only makes its core pessimism all the more arresting.

Sapkowski's writing is nearly as impressive, and considering how many people have complained about the English translation, I can only imagine how good it is in the original Polish. For the first half of the book, things aren't as much happening as being revealed. Every conversation is thick with backstory, often told in a circular manner reminiscent of Gene Wolf's masterpiece The Book of the New Sun--if only the prose weren't so ponderous or dense. Oddly, I found myself thinking of Shakespeare--and no, I'm not saying that Time of Contempt is on par with Hamlet. But I am saying that Sapkowski often conveys information in a distinctly dramaturgical manner, and that he does it exquisitely well. This lends a complexity to his storytelling that's rarely found in genre fiction.

Yet when things kick off, the book is impossible to put down. In fact, the more I talk about it, the more I want to go read it again. So here's the bottom line: Time of Contempt is easily one of the most sophisticated fantasy novels I've ever read, and it may even be the best fantasy novel I've ever read. More people need to check out this series.

Bonuses: I'm not really allowed to add anything, am I...

Penalties: ...since I can't think of anything to deduct points for.