There is no better way to recover from Gen Con then sitting down with some good comics.  I found this week to be a little slow, but enjoyed the books I picked up.  On a side note, I learned from meeting Cullen Bunn at Gen Con this weekend that there is a planned end to the Sixth Gun.  It made me happy and sad at the same time.  I often feel comics go on too long and that titles with planned endings are much more enjoyable, but I am not ready to say goodbye to Drake or Becky just yet. 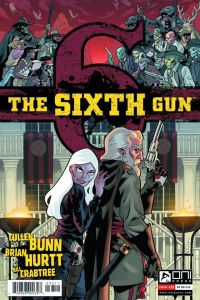 Pick of the Week:
Sixth Gun #33 - Becky's Ghost Dance continues as she joins General Hume in a world he created.  Drake is dead in this world, Hume remains in possession of his gun, and his mother explains how this is the reality that Hume would have created had he opened the seal. Meanwhile, Gord, Kirby, and Asher attempt to rescue Becky from the real world by stopping the widow Hume and her group of skinwalkers.  In an issue that features stunning magic and a issue ending twist that I want to spoil so bad.

The Rest:
Daredevil #30 - Silver Surfer pays Daredevil a visit in a fun issue that felt like a standalone until a last panel that spoke volumes.  Kirsten McDuffie is helping out in Foggy's absence and a Ru'ach seeks Murdock's help when Silver Surfer spoils the party.  We learn that the Ru'ach are unable of telling lies and use their power of persuasion to influence others.  The simple truth that it speaks to Murdock is worth the purchase alone.  Mark Waid's run on Daredevil is simply fantastic.

Fables #132 - I am on the fence with each new issue of Fables, but am happy I picked up this issue.  Rose is assembling her own Knights of the Roundtable in preparation of an upcoming battle and Prince Brandish, whose story I missed and I assume is not the nicest of individuals, has risen from the dead due to an operation in which he keeps his heart safe somewhere else.   An intriguing character is found in the cloud kingdom and recruited to join Red and she takes a break to visit Prince Brandish. Bill Willingham has my attention again. 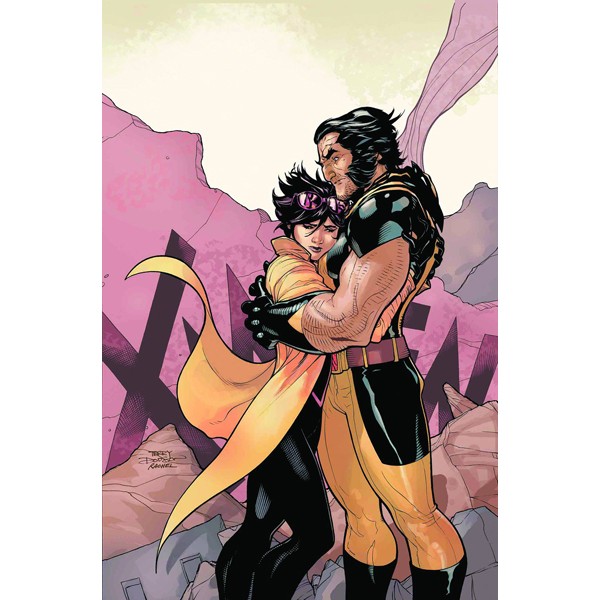 X-Men #4 - In a nice standalone issue, Wolverine accompanies Jubilee and her newly adopted son, Shogu, in as she revisits her youth and prepares to take on her new role of a mother.  The X-Men are facing some internal tension as the majority don't agree with Storm's decision to consider killing Karima in order to end the threat that was Sublime.  While Karima was spared, it causes the other members to question her as she tries to assume the role of leader of the X-Men.  Good drama and tension in this enjoyable series.

What I Should have Read:
Thief of Thieves #16 - Andy Diggle is at the helm of this title and somehow that slipped by me.  I have enjoyed what I read of Thief of Thieves and enjoy almost everything from Diggle.  In a book that got great reviews and sets the stage for the Venice heist.