Feed My Addictive Nature! IT MUST BE FED!!!

Peggle is one of those cute little games that sneaks up and grabs you, and only then do you realize that cute little bunny has a death grip. Pop Cap is the maker of another of my favorite puzzle games that was reviewed here a few months ago called Bejeweled Blitz. This one may actually have it beat in terms of outright addictive gameplay. I got a Smash Burger for dinner tonight, brought it home, and before I knew it I'd let the burger get cold while I played twenty more minutes of Peggle. It's that fun!

Peggle is like a mix between pinball and heroin. You try to shoot a limited number of silver balls and clear the board of all the red pegs. Green pegs trigger the super power of whichever Peggle Master's levels you happen to be playing. Blue pegs just get in the way. And how is it like heroin, you ask? Once you start, it's incredibly difficult to stop (or so I hear, I've never actually tried heroin). For example, Tula the Tulip's special power is that all of the red pegs near the green one turn into tulips. The entire game is full of creative tricks like that, which make it all the more demanding that you play through to the end to try them all.

Once You Pop, You Can't Stop

The ball is shot out of the cannon at the top of the screen. It then proceeds to bounce around somewhat like Plinko from The Price Is Right. You can win extra balls by landing yours in the ball bucket that moves back and forth at the bottom of the screen. This is a rare feat, but when you get some of the blue pegs cleared out of the way it helps to try and time your shot so that the bucket is going under it when you fire. At least you have a better chance at a free turn that you do if you completely ignore it as I did for the first few levels. When you get that final red peg, it plays the climax of Beethoven's Ode to Joy, and I can't think of anything more fitting. It goes right along with the endorphin dump you get and vocalizes your feelings exactly. More games should use classical music. I remember a war game on the 3DO that played Ride of the Valkyries during the helicopter fighting sequence. It was perfect! 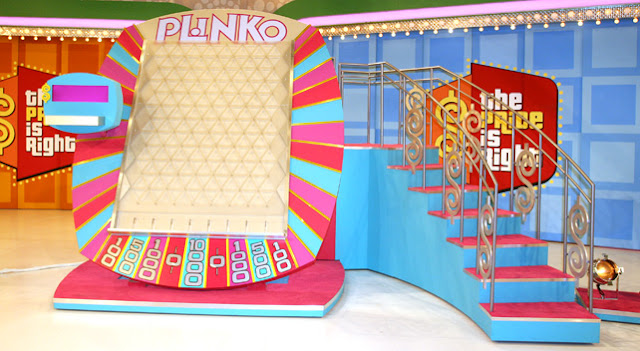 You start each level with ten silver pinballs. Match that against twenty-five red balls, many of them spinning and gyrating, and you can see how this is not just an easy kid's game. While it may appear so on the outside, the gameplay is definitely challenging enough for the hardened gamer if they can get past its' cutesy exterior. Believe me, as a fairly adept gamer myself, I got as frustrated with Peggle at times as I did getting headshot by the same camping sniper in Call of Duty three times in a row. It could be aggravating, but you just need that one lucky shot to clear a level. When you finally do, it's as pleasing as sneaking up on that same sniper and spraying him in the back. Mmm, mmm...good! Bonuses: +1 for the most addictive gameplay I've seen in a while. I couldn't wait to get home and play more!

Penalties: -1 for not having more characters. I wanted it to keep on going. I guess it's time to buy Peggle Nights now, huh?