The buzz of Comic Con is finally winding down and now I can focus on the books.  My top comic related story from this week is the successful debut of Axe Cop on Fox this past weekend.  I was behind the curve in discovering Axe Cop, but as the father of a soon to be 6-year old it has a special place in my heart.  It never fails to entertain and I am so happy for the success of a series I have pushed on many unsuspecting friends.  The Harvey awards also just wrapped voting and I sure hope some of my favorites win.  I have high hopes for Cow Boy from Nate Cosby and Chris Eliopoulos and Locke and Key from Joe Hill.  Good luck! 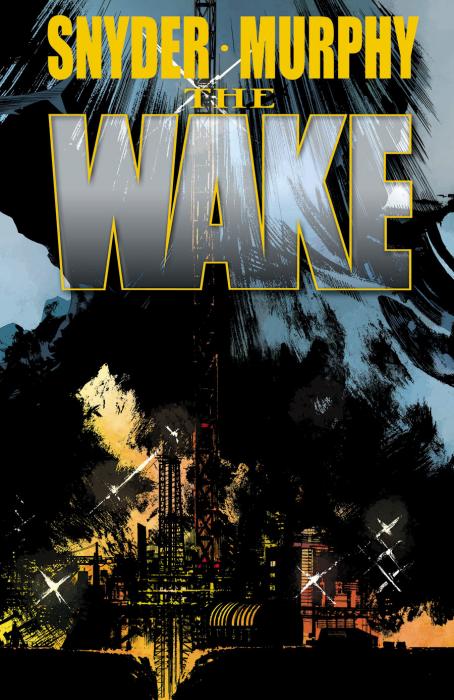 Pick of the Week:
The Wake #3 - Scott Snyder really turned the tide in this series this week.  In what felt like a lot of build up in the first two issues, he really delivered a psychological thriller on issue #3 that doesn't let up from the first panel to the last.  We learn that this alien mermaid has neurotoxin and is able to target specific memories on its victims.  Sean Murphy's art really delivers on the sheer horror that this alien is and the terror that it inflicts on its victims.  The Wake really picked up this week and upped the ante in terms of what it will deliver throughout the rest of the series.  Time to get on board for this one. 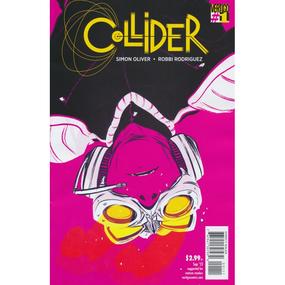 Collider #1 - This new title from the creative team of Simon Oliver and Robbi Rodriguez has a very Fringe feel to it and has me intrigued.  Adam is an agent for the Federal Bureau of Physics and handles situations in which the laws of physics are in violation.  In the first issue he is sent to a school where the gravity surrounding the school broke down and students were floating away.  Some conspiracy is mixed with multiple dimensions in this series that provides an interesting enough backdrop for me to continue this series.

X-Men #3 - Brian Wood's first arc of the X-men wraps up nicely as the X-men seem to save Karima and eliminate Arkea.  The key hangs in the phrase "seem to".  This conclusion to the first arc leaves the door open to a return of Arkea, but what I enjoyed most about this issue is that the new team really came together, both in Budapest and back at the Jean Grey School.  You get the sense that these teams of mutants are learning how to work with one another and be the truly great teams they are capable of becoming.

Daredevil #29 - If they ever decide to bring back a Daredevil movie I sure hope they utilize one of Mark Waid's story lines.  The Serpent Society was bold enough to make a hit during a trial with the judge as the shooter.  Chaos ensues as the Serpents have over a dozen people inside the courthouse carrying out its plans.  Daredevil does his best to protect his client and now has a new problem on his hands.  The Serpent Society is taking over his city and Daredevil is none too happy about it.  Couple this development with the appearance of a certain surfer of the silver variety to appear in issue #30 and I wonder why you aren't reading this series.

What I Missed:
Batman Inc. #13 - Grant Morrison's run on this title has come to its conclusion.  An interesting idea, Batman franchises across the globe, this series always felt a little off to me.  While it may not have had the conclusion that fans were looking for, it sounds like it was still a fitting in to a series that will most likely not exist without the pen of Morrison behind it.

Amelia Cole and the Hidden War #9 part 3 - The third in the Hidden War arc, this issue sees Amelia caught in the thick of things as she attempts to learn more about the Magistrate.  A title that I checked out back when MonkeyBrain debuted, it may be time to revisit this series as it appears to have moved from a light hearted fun book to one with real depth and suspense.