'Kindred' demonstrates the power of stories to generate empathy 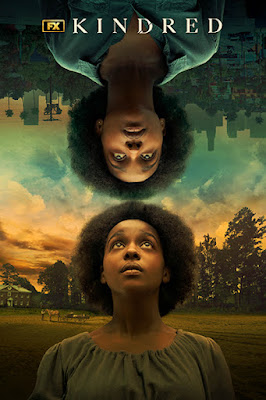 Roger Ebert famously described the audiovisual medium as an empathy machine. New Hulu series Kindred, adapted from Octavia Butler's 1979 novel, is a good demonstration of how accurate those words were. In this story, Dana James, a modern, independent woman from the 21st century, is mysteriously dragged across time into the Antebellum plantation where her ancestors lived, and the past horrors of American history become lived reality for her, and much less directly, for the viewer.

There's only so much that a story can tell you about the human condition, and yet our most effective way to express it is precisely via storytelling. This tension was in Butler's mind at the time of writing Kindred. One important lesson from social justice movements is the idea that some experiences can't be fully communicated. You'd have to have been there. Butler herself cited such a gap in perspective as one of the motivations for her novel: the facts of American slavery that you can find in a textbook weren't just a history lesson for the people who had to live through it. From our vantage point in this century, it's too easy to feel detached from a monstrous social order that happened to people who are now dead. It's too tempting to develop for the enslaved populations of yesteryear the same indifference one might feel for the ancient Sumerians. Kindred seems to be saying to American audiences: this isn't just a tale of times past. This is your tale, your life. You exist because of these horrors. You don't get to form a concept of yourself that doesn't include the evil that happened here.

The merit of a work like Kindred is that it helps make these truths accessible even to those of us who have no ties to that history. That's the effect of the empathy machine: someone like me, a complete outsider, gets something as close as possible to bearing witness. I still have no idea of what it's like to live under race-based slavery, and I cannot pretend to have any standing to speak on American racial relations; I'm not American, not Black, and not descended from slaves. My identity is Latino, which comes with a historical baggage of its own. I cannot say what Kindred means for Black American viewers. Black critics have already commented on Kindred's representation of slavery far more competently and acutely than I ever could. What I can say is that, for an outsider like me, the series succeeds at touching the crucial emotions of curiosity and empathy that are the base minimum for solidarity.

A while ago, when I reviewed the TV adaptation of The Underground Railroad, I said that slavery narratives don't exist to entertain you. They tell violent events, but the violence isn't supposed to be exciting. They tell of pain and betrayal and injustice, but not so that you can get vicarious satisfaction through the victory of the good guys. In Kindred, Dana comes to believe that her role in the story is that of a heroine whose quest is to preserve her lineage. But she's not thrown into the past because she's destined to save the day. She's there because those events made her, as they made the country. She's there because those events are in her and all around her, as is true of every American.

Butler published her novel in 1979, at a particularly fluid moment in both the civil rights struggle and the speculative genres. The inexplicable phenomenon of being transported to the lives of Dana's ancestors hits very differently now, for a generation of viewers who grew up with Back to the Future or The Butterfly Effect. Dana (and the screenwriting team) spends too much of the runtime trying to figure out the rules of time travel, as if this were the kind of story that gets resolved by a stroke of genius. But Kindred is not a technical mystery in the vein of Asimov or Clarke. Dana starts her journey with the wrong impression of what kind of story she's in. To be fair, this may be intentional on the writers' part: the character of Dana is a writer herself, so it's understandable that her first impulse upon meeting the unknown would be to analyze it as a story, to pull it apart and try to make sense of the plot logic. And that's the mistake that Kindred warns against. To treat history as a story is to blur its facticity. Stories have a resolution; history simply goes on. And the history of American slavery has very much gone on.

The irony of this message about the value of true history is that Kindred is, of course, just a story. When the novel was first published, it was viewed by some critics as a feminist response to Roots, which does claim to be true history. Whereas Roots narrates the effort to reconstruct events from second-hand testimonies, Kindred suggests that nothing less than direct, personal experience will do. If you weren't there, you're not going to understand. And if you don't understand, it's not your fault, but you shouldn't use that as an excuse either; it's still your responsibility to make an effort toward empathy.

Despite the emotional effectiveness of this adaptation, sometimes it steers too far in the direction of a cerebral time travel puzzle, which is the wrong approach for this story. The use of a break in the rules of reality in a seemingly ordinary way to express a painful history is a narrative technique that doesn't match the Anglo-speaking tradition of hard science fiction and is closer to the Latin American tradition of magical realism. Kindred expresses a unique relationship that Black Americans have with time, one in which years' worth of suffering seem to pass while the majority doesn't notice, and the one sentiment capable of linking those incompatible perspectives is the universal human experience of mortal dread. It would have been more satisfying if, instead of the technicalities of time travel, the writers had given closer attention to the human side of the story.