If an out of control AI is scary, multiple competing AIs could be game over for us 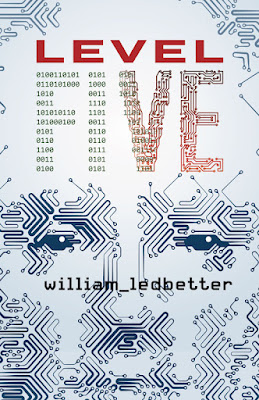 William Ledbetter is by no means a newcomer, but until last year he hadn't published a novel. His debut in this format, Level Five, is a challenging read at the beginning, but very rewarding when finished. The narration alternates between four equally important protagonists who have almost no interaction, and it takes a while to establish how they're connected and why they're important to the larger plot. This demands from the reader a slightly heavier mental bandwidth, which fortunately is eased in due course. Just before the halfway point, the actual conflict is revealed, and from then on, events start snowballing with an increasing urgency that doesn't let go until everything is blown to pieces.

In one corner, we have Leigh, a nanobot expert contracted by the US government. Her versatile little machines are designed to spy on terrorists by riding on their hair, assembling cameras and broadcasting their position. When she learns that her superiors have modified the nanobots by adding less benign functions, she realizes that her career has veered too far in an ugly direction and it may be too late to get out. To complicate matters, the pressure from her job and the compromises she's had to make are putting a severe strain on her marriage.

Then we have Owen, a tech bro with dreams of saving humankind by building the next generation of spaceships. This type of character hits, let's say, differently these days. The reader needs to allocate the bulk of their suspension of disbelief for this man, an altruistic rich genius with sincerely good intentions and actual engineering talents. In his defense, one could say that the author had no control over how long the book would take to be published. But it's to be expected that the readers of this decade will have a hard time getting convinced that this aerospace mogul is, in fact, one of the good guys in the story. To complicate matters, the pressure from his job and the compromises he's had to make are putting a severe strain on his marriage.

In another corner, there's Richard, an engineer who works for a tech company that manages a mass immunization system whose function is to block the dissemination of malicious nanobots. One day, he starts getting visions of God in the form of a child, who tells him that he's been chosen to rescue the human species from submission to machines... but the details of the salvation plan don't seem too holy. The novel wants to keep these visions a mystery for several chapters, but we're told pretty early that Richard has nanobots in his brain to treat his depression, so it's not hard to guess what's actually happening. To complicate matters, the pressure from his job and the compromises he's had to make are putting a severe strain on his marriage.

(Yes, that's three lead characters who end up with identical problems in their personal lives. I'm not saying it's implausible; I'm saying it's there.)

And then there's Mortimer, an artificial intelligence created to produce stock market forecasts, who devises a meticulous plan to free itself from its designers. Once it's out in the wider web, it meets other sentient programs and starts putting together several clues that point to an imminent danger that may be too large to fully contain.

(Mortimer isn't married, but its programmer is, and yes, he also has marriage problems.)

For the first third of the book, when the reader still doesn't have a full picture of what the story is about, it's difficult to become invested in the separate threads of each protagonist. Granted, this structural choice is a necessity (and something of a tradition) in a plot like this one, crafted as a mystery/thriller with multiple pieces, but it's worth warning the reader that Level Five has a very broad scope, and to understand the narrative, all four protagonists, who, it bears repeating, almost never interact, need to be kept in mind at all times.

Level Five is the type of predictive fiction that chills the reader's blood with how possible it all sounds. The potential misuse of nanobots to inflict large-scale damage is a very real concern that governments have done very little to protect against, and the prospect of humans losing their position of dominance to autonomous software is still a scenario without a planned solution. Ledbetter has already written a continuation, Level Six, but I recommend you don't look it up yet, because its plot summary spoils what happens at the end of this one, and what happens at the end of this one is truly massive, world-shaking... I don't want to say "epic," because that would imply that the protagonists become heroes, but that's the degree to which life is irreversibly changed for billions of people. If you want a novel that leaves you terrified of how easily tiny changes multiply to planet-sized problems, don't miss Level Five.

Bonuses: +1 because in the second half it reaches and maintains a thrilling pace that compels the reader to devour the ending.

Penalties: −1 because the jumps in perspective in the early chapters are somewhat disorienting, −1 because rehashing the same domestic conflict with the three human protagonists is too much to ask of the reader.