It is hard to believe that it is 2023 and I have another round of nerdy resolutions that I hope to keep in the new year to ensure 2023 is a good year. 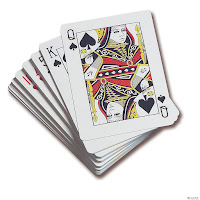 This may seem like an odd one, but I was asked to participate in the World Series of Spades season by a friend and we have been doing pretty good thus far.  It hadn't played Spades since high school and I was impressed at how quick I got back into the swing of things.  Despite that, I learned of more common rule sets for Spades (I never played with Jokers growing up) and realized that I have some growth to do if we want to make a run in the playoffs. 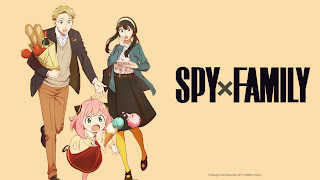 My son will turn 16 in 2023 and we have been enjoying watching more anime thanks to our Crunchyroll subscription. In 2022 we watched Neon Genesis Evangelion, Spy x Family, and caught up on Demon Slayer, My Hero Academia, and Attack on Titan.  We also just started Chainsaw Man, so that will be on the list for 2023.  In addition to keeping up with the series we are enjoying, I want to watch the Trigun reboot, Black Butler, Akira, and Tomadachi Game to name a few.  I still have a lot to learn in terms of manga and anime, but it has been fun going on this ride with my son.  I will add that my entire family loved Spy x Family.

This might sound counterintuitive, but I almost only read comic books in 2022 and want to try to even out what I read with some proper books as well.  I got Heretic: A Memoir by Jeanna Kadlec and Fairy Tale by Stephen King for Christmas and am loving Heretic thus far.  Fairy Tale is on deck and the fact that Locke and Key artist, Gabriel Rodriguez, did the art in the book may have been the motivation to add it to my wish list.  I will still pick up my weekly pull list at my local comic book store, but I want to broaden what I read for 2023. 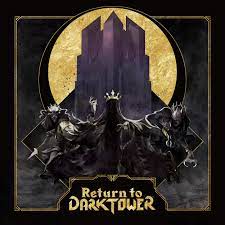 I was able to play more board games in 2022, but would like to get a regular gaming group set up.  We can start at once per month, but I would love to get it scheduled on a weekly basis.  I have some games on my backlog that I am desperate to play and if my current gaming trend is any indication I can make this happen and finally play Wingspan and Return to Dark Tower.

Cheers to a happy 2023!  May it bring you many nerdy endeavors!