Rem Wigmore (they/them) is a speculative fiction writer based in Aotearoa New Zealand, author of the solarpunk novels Foxhunt and Wolfpack, both from Queen of Swords Press. Rem’s other works include Riverwitch and The Wind City and their short fiction appears in several places including Capricious Magazine, Baffling Magazine and two of the Year’s Best Aotearoa New Zealand Science Fiction & Fantasy anthologies. Rem’s probably a changeling, but you’re stuck with them now. The coffee here is just too good. Rem can be found at remwigmore.com or on twitter as @faewriter. 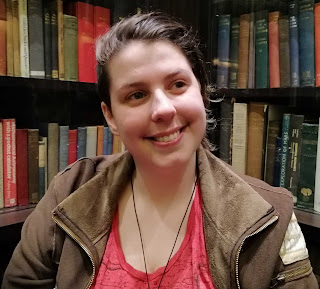 Today, they tell us about their Six Books
1.What book are you currently reading?
I just finished & This Is How to Stay Alive, by Shingai Njeri Kagunda, which is profound and lovely. I had to take it slow since the subject matter's quite close to home.
2. What upcoming book am I really excited about 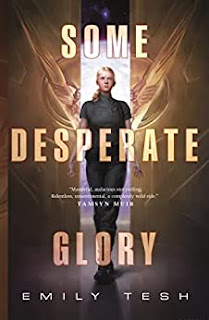 Some Desperate Glory, Emily Tesh's debut novel.  I love Tesh's novellas, and this sounds like it has an utterly terrible female protagonist (morally speaking), which is my very favourite thing.
3. Is there a book you're currently itching to reread?
Ann Leckie's Ancillary Justice! Wild that I've only read it once when it's so full of tea and gender feelings! Seivarden, my beloved!
4. A book that you love and wish that you yourself had written.
Sarah Gailey's American Hippo duology, River of Teeth especially. We love a buck wild premise taken to its logical conclusions. Also, hippo heist with a lively ensemble cast and a m/nb romance? Absolutely the kind of thing I would write.
5. What's one book, which you read as a child or young adult, that has had a lasting influence on your writing?
The Name of the Wind by Patrick Rothfuss! Both in terms of having a lot of the things I like to explore-beautiful prose, unreliable narrators, fae, bards-and because it's the book I read at sixteen that crystallised me: I had been someone who wrote as a hobby for fun, and after that, I knew I wanted to be an author. I wanted to tell stories as lovely as that.
6. And speaking of that, what's *your* latest book, and why is it awesome? 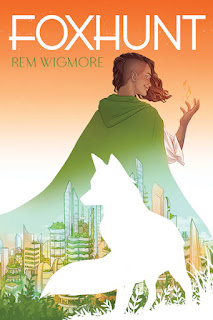 So glad you asked!
Wolfpack is set to release in early January, completing the duology that began with Foxhunt. The series is my queer solarpunk imagining of a better world and the price paid to get there, full of ecoterrorist assassins and glimmering greenery-covered cities.
Without spoiling the first book too much, Wolfpack features conservation, rewilding as a romantic gesture, and a young man finding friendship after he escapes from a cult. Ensemble cast! A gene bank heist! Every terrible decision one woman can make! I love this book passionately, I hope you do too, and I'm proud of all the work we've done.
Thank you, Rem!
See also Elizabeth Fitz's interview with Rem here at Nerds of a Feather.
POSTED BY: Paul Weimer. Ubiquitous in Shadow, but I’m just this guy, you know? @princejvstin.
Posted by Paul Weimer at 10:30:00 PM