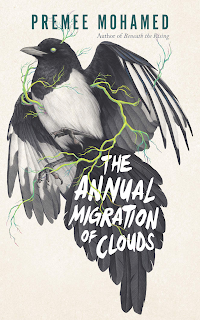 The Annual Migration of Clouds by Premee Mohamed

This is Premee Mohamed's third (!) published novella of the year, and what's more it's the second, after These Lifeless Things, to feature universities after an apocalyptic event. But other than featuring fallen-apart worlds and characters who value higher learning, these are very distinct novellas, and the individual character voice of Reid (except... well) in The Annual Migration of Clouds gives it a clear identity of its own.

The apocalypse here isn't a single event - at least, not as its been told to Reid, who was born long after it happened - but a slow collapse of society through a combination of infrastructure loss and environmental catastrophe. To make things worse, a parasite known as Cad has become endemic in humans, manifesting as strange patterns on their skin and, in its early stages, as behaviour alterations which aim to preserve both the human and the parasite, overriding free will and risk-taking behaviour in the process. (Its advanced stages are much worse). Reid and her mother both have Cad, and both live in a small, declining self-sufficient community. When Reid receives an acceptance letter from a university, it represents an utterly improbable escape from her life, but it also means leaving behind her mother, who is increasingly unable to cope alone, and a community that won't understand the selfishness of her decision. And it means grappling with her relationship with Cad, and the way it does and doesn't exert control over her and the choices she makes for survival.

The Annual Migration of Clouds is a portrayal of someone trying to think big in a world that has shrunk to the point where that's barely possible: Reid's narration is full of half-remembered facts and stories that we recognise but she has no way of seeking more information on, or even retaining the knowledge she has. Reid's closest allies - other than her childhood friend Henryk, with whom she has an almost-romance that feels all too real - are an aging couple who still remember life before the collapse, but whose mortality is all-too-evident in all their scenes. And, as the book's first few chapters progress without any movement to the university (Reid has a deadline to make if she's going to get there on time, adding some urgency to her decision) it becomes clear that its nature is also going to be left uncertain. We, like the community Reid leaves behind, are left to decide for ourselves just how impossible it is that a chronically ill young woman from a hand-to-mouth existence could be called to a better life for altruistic reasons. A gorgeously crafted, thoughtful and layered story, well worth being one of the three Premee Mohamed novellas you read this year. 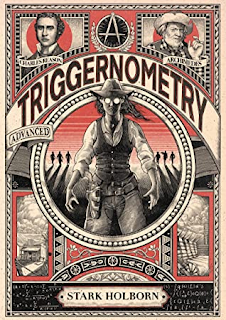 Like its predecessor, Advanced Triggernometry delivers a novella-sized dose of somewhat-alt-historical Western fun, in a world where all forms of advanced mathematics are illegal and mathematicians are outlaws, living on the edge of society. We once again follow Malago Browne and a cast of new and returning friends (including Pierre de Fermat), after the events of her last job (i.e. the first novella) convinced Malago to try going straight. Of course, the quiet life doesn't last, and when three women from a nearby town pull her in for One Last Job, Malago brings together a team of protractor-slinging mathematicians to train up and protect the town from a corrupt sheriff, in the process setting herself up for much higher political stakes than expected.

Once again, this is a story that really leans into its action tropes. We get a team of ragtag misfits (seven of them, of course), including mathematicians of colour like 19th Century Black professor Charles L. Reason, and Chinese astronomer Wang Zhenyi - welcome additions given that both the Western genre and the history of science are notoriously whitewashed. We also get Archimedes as a weird old man propping up a bar, which is an absolute delight. There's the book equivalent of a training montage, as our intrepid antiheroes teach the townsfolk which way to hold a gun, and it all builds up to a climactic battle that delivers  "our underdog heroes have run out of time to prepare and we're not sure how exactly they'll pull this off, but it'll probably be fine" tension to excellent effect. And, of course, there's plenty more action which turns mathematics from a theoretical science into a dangerous combat art. Impossible angles, careful probabilities and feats of engineering are all par for the course when you're a Mathmo in this world. It all adds up to an immensely readable action novella that absolutely delivers what it promises. 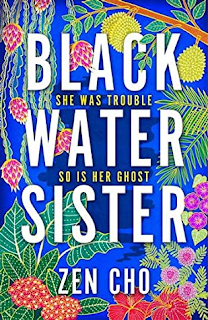 Jess is in a challenging situation. After a family illness and its financial impact, she's joined her parents their move from the USA - where she's lived most of her life - to their native Malaysia, to stay with her father's extended family while they get back on their feet and she, hopefully, figures out what she's going to do now that she's graduated and how she's going to continue her relationship with her long term girlfriend when her parents don't yet know she's a lesbian. To top it all off, her dead grandmother has adopted her as a spirit medium, and her ability to take over Jess' body and pilot it without her consent means that she can threaten Jess if she doesn't go along with her scheme to halt a development that threatens the temple of a very particular Goddess.

Sean has already covered much of what makes Black Water Sister excellent, especially when it comes to characterisation. There's a mix of dryness, candour and absurdity to a lot of the characters' dialogue that makes their interactions highly entertaining, even when we can feel Jess cringe (especially at some of the things her mother and Ah Ma come out with). What makes the characterisation even better is the way that Jess' relationships evolve over the course of the book. Ah Ma's initial tactic is to isolate Jess, and as an American-raised twenty-something she takes a long time to process this supernatural presence in her life and even longer worrying about her family's potential reactions. But this is a Malaysian story, not an American one, and once Jess is ready to seek out allies, they need no convincing that the supernatural is real. The way Jess' haunting changes her understanding of her family and brings her into the orbit of new connections transforms Black Water Sister from an uncomfortably claustrophobic story to one that matches spooky, god-battling adventure with a family-driven coming of age story (and oh, how I love a twenty-something coming of age story. You're never too old to come of age, nor can you come of age too many times!). If you've only experienced Zen Cho's regency fantasy, the same wit and warmth will carry you through into this new setting. Highly recommended.

Posted by: Adri, Nerds of a Feather co-editor, is a semi-aquatic migratory mammal most often found in the UK. She has many opinions about SFF books, and is also partial to gaming, baking, interacting with dogs, and Asian-style karaoke. Find her on Twitter at @adrijjy
Posted by Adri Joy at 12:00:00 AM