Juliet Marillier is a member of the druid order OBOD and the author of the Blackthorn & Grim novels and the Sevenwaters series. Her historical fantasy novels and short stories are published internationally and have won a number of awards. 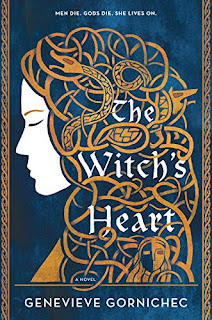 The Witch’s Heart by Genevieve Gornichec. This is based on Norse mythology, with a cast of gods, giants and monsters. It’s the story of Angrboda, consort of Loki and mother to some unusual offspring, and there’s a focus on the female characters. Despite the epic nature of the story, Gornichec’s version keeps the narrative immediate and personal (in this way it’s something akin to Madeline Miller’s Circe.) I’m thoroughly enjoying this and will be recommending it widely. 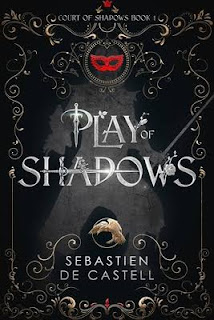 I love Sebastien de Castell’s Greatcoats series – think the Three Musketeers in a  brilliantly realised secondary world with flawed, interesting characters (and great fight scenes.) So I’m eagerly awaiting Play of Shadows, first book in a new series, Court of Shadows, coming out in early 2022 and set in the same world some years later. 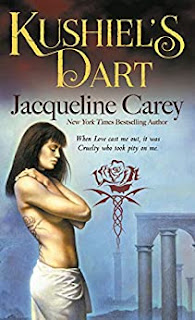 I’d love to re-read Kushiel’s Dart by Jacqueline Carey, one of my all-time favourite historical fantasy books, but I’m holding back because I know that once I start, I’ll be wall-to-wall reading all six books in the Kushiel’s Legacy series. Skillful writing, unforgettable characters, and a very bold concept. Also stunningly good world building. Note, this is an ‘adults only’ series. C.S. Lewis’s Narnia series. These were favourites when I was a child. Back then, I completely missed the Christian allegory and the racist elements. Even at the age of 8 or so, it made me uncomfortable that Susan was more or less written off because she liked makeup and silk stockings. The Narnia books are children’s classics and were highly influential on later writers of fantasy for this age group, but the adult eye sees them as very much reflecting the social mores of the author’s time and culture. 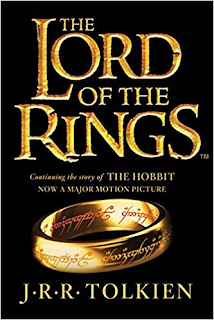 It would have to be the Lord of the Rings trilogy. I was captivated by these books from around age 10, and I can remember doing a massive presentation about them at school. I covered the entire blackboard with diagrams. The series, along with folklore and mythology, definitely steered me toward writing fantasy in later life. As a parent, I read the whole trilogy aloud to my kids in nightly instalments. It took a while! 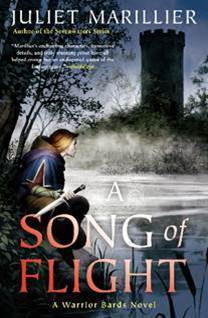 My latest is A Song of Flight, which completes my Warrior Bards trilogy, set in a version of early medieval Ireland rich with magic and mythology. The series follows three young fighters who join a team of elite warriors and secret agents. In this book, fighter and musician Liobhan and chieftain’s son Dau are sent on a mission to find a missing prince. Liobhan struggles to balance her role as leader with the instincts that drive her to break established rules. Dau must go undercover in a role he loathes. And Liobhan’s brother, Brocc, pursuing his quest to befriend and help the terrifying Crow Folk, puts the safety of an innocent child at risk.

Why is this awesome? The story explores ways music and magic can be tied up together, whether it’s to lead someone astray, to open a doorway between worlds, to soothe and heal, to scare off enemies or to cast a spell. It’s full of adventure and tension, it has singing and dancing and a monster – what more could you want?  And above all, it’s a tale about coming home.