Shang-Chi and the curse of the Marvel formula

How does such a solid premise of intergenerational trauma end up so forgettable? 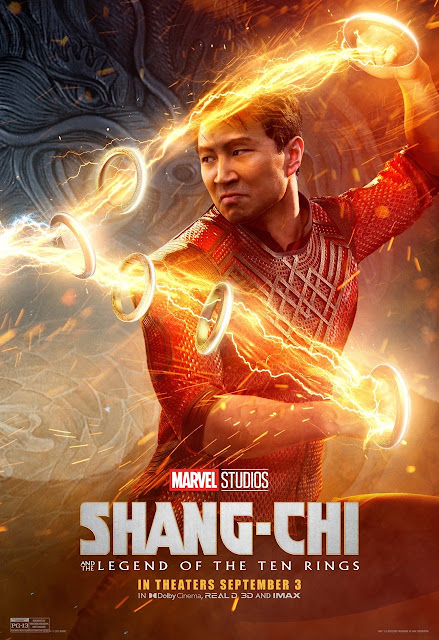 Shang-Chi and the Legend of the Ten Rings starts as an amazing thrill and ends desperately grasping to rise to OK. It enters the MCU with a hand full of winning cards and its mistake is not having a strategy for how to play them. It didn't need to be this way: its plot touches heavy issues of parental abuse, survivor guilt, the search for purpose in life, the identity tensions at both ends of the Chinese diaspora, the allure of power, the mutual duties between generations, and the proper limits of grief. This could have been an extraordinary story. But its bizarre structural choices and its frustrating tonal inconstancy ruin the emotional impact it should have had.

Yes, it has good fights. But it does nothing else well.

The character of Shang-Chi, as reimagined for the MCU, offered fertile material: the son of an immortal warlord and a magical warden of the forest, trained since youth to be an unbeatable assassin and now on the run from his father's secret organization. Add to that the twist that father and son blame each other for the mother's death, and the son has an unresolved yearning for greatness apart from his father's omnipresent shadow. On paper, it sounds like a sure formula for a drama of Shakespearean proportions like we haven't seen since Black Panther or the first Thor. But on screen, it gets encumbered by a lack of commitment to its themes, the incongruous insertion of cheap humor at the worst possible moments, and the requirement to connect to past and future Marvel properties.

Shang-Chi spends so much time apologizing for Iron Man 3 that it feels like it's trying to simultaneously please old Mandarin fans while smiling nervously at censors in China and preemptively responding to the CinemaSins treatment. Its desperation to pave over every perceived plot hole regarding the character of the Mandarin sucks oxygen away from what should be its central conflict between filial piety and individual maturation.

Even worse, the reintroduction of the false Mandarin has thematic repercussions that the movie neglects to acknowledge. What does it mean that the disgraced performer of a deceptive Chinese caricature becomes the only capable interpreter of the guide to the heartland of ancient China? What does the fluffy faceless creature represent by sharing a dungeon cell with a master of many masks? Why did the scriptwriter feel the need to insert a very Western reference to Macbeth (complete with moving forest) to help express the culturally universal theme of too much ambition? The movie doesn't even realize that these are natural questions that emerge from its plot choices, and thus doesn't know it should address them. The cameo was the whole point, nevermind what it communicates.

The more the MCU has grown, the more it's had to stretch itself thin in the attempt to pretend that all its stories happen in the same universe, and thus it's had to come up with increasingly implausible justifications for each new character's previous absence. This first became noticeable with Captain Marvel, whose perennial excuse is "she's busy in space," which even in Shang-Chi gets reused. The trailer for the upcoming Eternals made an explicit point to answer the obligatory question of where they've been all this time. In Shang-Chi's case, his excuse is that he's been running from his father's minions because he doesn't want to be an assassin anymore. Let's say we can buy that. But then, to avoid having to explain why the other Avengers don't show up, the movie stages its big final fight in a secluded magical town apart from the rest of reality, and the sense of threat is lost. The action is so removed from the world our hero is supposed to be protecting that it's hard to believe we're expected to feel any tension. We keep being told that the world can be destroyed, but we have to pause every five minutes for another joke. Look, Simu Liu and Awkwafina make a charming comedy duo, but this is the wrong movie for it.

The mishandling of tension reaches its most offensive moment at the ending, when Wong takes our hero away from his own story and drags him to the larger MCU. The way this scene is constructed ends up telling us that the whole point of making this movie was never to explore its own characters, but merely to lead to the next movie. Telling a complete story becomes a mere formality in the urge to lead to the next launch date. The MCU is reaching the same intertextual metastasis of Space Jam: A New Legacy, in which a story is never about itself, but about giving the viewer reminders of the overarching brand.

One can notice this extraneous preoccupation in the way the movie skips over what should be its most powerful moments. It carries zero dramatic weight to have your protagonist choose to not be the killer of his evil father when the very next thing the plot proceeds to do is conveniently kill him for you. It ruins all the effort of developing a theme about the danger of thirsting for power when your protagonist's happy ending is obtaining exactly that same power. Spending the better part of the movie's climax in watching huge digital monstrosities clash against the screen robs the scene of all the emotional consequences from the death of Shang-Chi's father that we should be exploring instead. The starting premise set up a touching movie about family and loyalty and betrayal and regret and the construction of a personal identity from incompatible parts, and what we got instead is a movie about soul-sucking demons and fancy fight moves. The studio didn't realize there was no reason why it couldn't be both.

Bonuses: +2 for Tony Leung's deliciously multilayered acting, +1 for not shying away from making American viewers read subtitles, +1 because Michelle Yeoh is always a joy to watch.

Penalties: −2 for the casting of Simu Liu, who is noticeably too old for his character and can't emote to save his life, −3 for completely missing the correct moment of emotional catharsis for the ending, −1 for inserting too much comedy in a story that called for a more solemn treatment.