Welcome back to Reading the Hugos. Today we continue our series on the 2019 finalists with a look at Related Work.


3.3.6: Best Related Work. Any work related to the field of science fiction, fantasy, or fandom, appearing for the first time during the previous calendar year or which has been substantially modified during the previous calendar year, and which is either non-fiction or, if fictional, is noteworthy primarily for aspects other than the fictional text, and which is not eligible in any other category

Related Work is a bit of a catch-all category. It’s for work that is primarily non fiction and that is related to science fiction and fantasy, and which is not otherwise eligible elsewhere on the ballot. This is how you can have an encyclopedia compete against a folk album against a podcast against a collection of essays about movies (this was in 2012 when the Fancast category had not yet been created. That particular lineup of finalists can’t happen today. You may also note that albums and songs have been included in Dramatic Presentation – because the two Clipping albums in question are narrative driven whereas Seanan McGuire’s Wicked Girls was not.). There may also be a single blog post competing and winning in the category. Or a series of blog posts focusing on the women of Harry Potter. In the case of this year there is a four way biography, a series of interviews, a three part documentary, a collected essay series about the Hugo Awards, a recognition of the work done by a website, and the experience of bringing together Mexicanx fans and creators to Worldcon. Related Work is an interesting cross section of another side of the genre and another side of fandom.

Let’s take a look at the finalists. 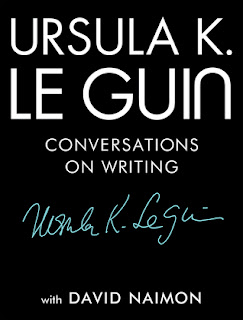 Conversations on Writing: In an effort to have one more opportunity to honor Ursula K. Le Guin, it seems that the members of Worldcon will nominate anything with her name on it. Conversations on Writing is a more ancillary work to science fiction and fantasy (it occasionally mentions works of science fiction, but the real tie here is Le Guin herself), but I'm not sure this is one of the top "Related Works" of 2018. 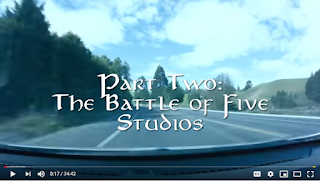 The Hobbit Duology: Just like the Hobbit films were originally planned to be two movies before being stretched to three, this documentary from Lindsay Ellis and Angelina Meehan is likewise a three part feature - though at least here Ellis and Meehan have a more tightly constructed plan that anyone involved in the 2012-2014 movies. Has it only been five years?

I appreciated the dive into why the three Hobbit movies were so disappointing, but it was the further investigation into how the the films came to be split into three and the legal issues tied to the production and and the filming in New Zealand. I don't admire it as much as I do some of the other works on this ballot, but it is a worthy finalist. 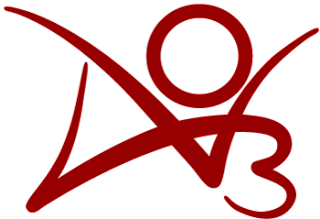 Archive of Our Own is known as a significant fan fiction site, a repository for a massive amount of fan writing. The AO3 contribution in the Voter's Packet is descriptive as to what AO3 is, but a page on AO3's website is much more comprehensive for the breadth of what they do. The fan writing and the fan fiction is an important part of the genre (though one that I do not directly participate in), but how the Organization for Transformative Works operates AO3 is key for the nomination. The ease of the new filtering and tagging systems, inclusiveness, and the overall breadth of the AO3 experience is part of why it is such an importance resource. . 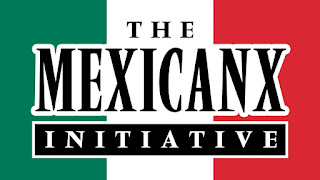 The Mexicanx Initiative Experience: Before the Voter's Packet was released, I was curious how The Mexicanx Initiative could possibly be represented in consideration for the Hugo Award given that what we are honoring here is the experience of the 50 selected recipients attendance at Worldcon 76 in San Diego. It wasn't a book or a film or a story or a discrete work that didn't fit into a category. We're honoring an event, which is definitely related to the field of science fiction, fantasy, or fandom, and absolutely does not fit into any other category. I attended that Worldcon, at least of the periphery, but I was not part of the Experience and while I included it on my ballot, I wasn't sure how in what way I would be able to consider it for the actual Hugo Award.

There are two major pieces of work in the Voter's Packet. The first is the closest readers are going to come to getting to the heart of what the Experience was actually about and what it might have been like for the attendees, as well as the impact it is likely to have on the field as a whole - which is a Scrapbook. The Scrapbook is a series of interviews with the attendees, essays, recipes, and more. Reading through, I got more of the real community impact of the Experience and how important it was to the attendees. The other work included in the packet is an anthology of fiction from the Mexicanx Initiative attendees, but the real consideration here is the Scrapbook and the overall experience of the attendees.

The Mexicanx Initiative was a vital part of science fiction and fantasy fandom in 2018 and I hope it is something that we will be able to look back on as a landmark moment that moved and pushed fandom. 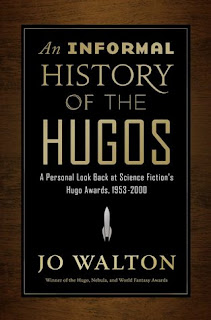 An Informal History of the Hugos: I was already familiar with the essays collected in An Informal History of the Hugos when the book was published last year. I followed Jo Walton's essays when she originally wrote as part of an essay series for Tor.com from 2010 to 2013 and not that I'm nostalgic for the good old days (such as they are), but dipping into this collection one essay at a time is likely a more productive way to read the essays instead of mainlining them right into your head - which is what I'm doing this time around. 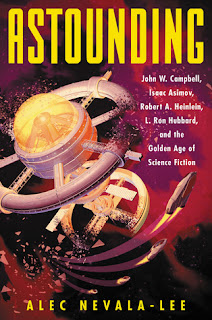 Astounding: The names John W. Campbell, Isaac Asimov, Robert A. Heinlein, and L. Ron Hubbard are names which loom large over the history of science fiction and fantasy, but for me, for the most part, they are just names. Legends. Oh, I've read my share of Asimov and the occasional Heinlein, but these are not the formative figures of my childhood, or of the early years of my introduction to the genre. Campbell is a name of genre legend helping to usher in the "Golden Age" of science fiction and Hubbard is known as the founder of scientology and for having his 1986 novel Black Genesis illegitimately gamed onto the Hugo Awards ballot the following year. But knowing the broad strokes of something is not knowing the story.

Alec Nevala-Lee puts Campbell at the center of the story of all four men in a well researched account that neither pulls punches or let's anyone off the hook. These were heady days in the explosion of science fiction and fantasy and these are towering figures in the genre's history. Astounding is a top notch biography, one of the class of the year.

My Vote
1. Astounding
2. An Informal History of the Hugos
3. The Mexicanx Initiative Experience
4. Archive of Our Own
5. The Hobbit Duology
6. Conversations on Writing