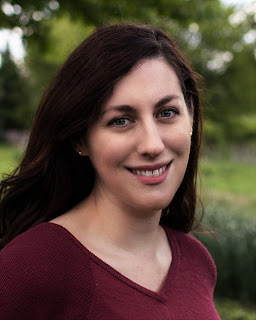 Rowenna Miller, a self-professed nerd from the Midwest, is the author of The Unraveled Kingdom trilogy of fantasy novels, Torn, Fray, and Rule. She’s one-third of the podcast Worldbuilding for Masochists. When she's not writing, she enjoys trespassing while hiking and recreating historical textiles.

Today she shares her Six Books With Us:

1. What book are you currently reading?
I just started Sam Hawke’s City of Lies. It’s been on my TBR since it came out, and just a delight—exactly the kind of immersive reading I needed this spring.

2. What upcoming book are you really excited about?
I’m ridiculously excited about HG Parry’s A Declaration of the Rights of Magicians! I loved her debut, The Unlikely Escape of Uriah Heap, and French Revolution but with magic is 100% my jam. Plus it includes the Haitian revolution which is so underexplored in fiction it’s almost criminal.

4. How about a book you’ve changed your mind about – either positively or negatively?
How about a book that changed my mind? I’ve never been big on nineteenth century lit—there were books I liked here and there but so often they were just…dull. There, I said it. But I read Dickens’ Hard Times a couple years ago and it was such fun—witty and tongue-in-cheek, with obvious but not moralistic commentary on ethical issues—and found families and the circus! I’m finding that some of the lesser-known, non “canon” lit, and especially short fiction, from that period ticks more of my boxes than I realized.

5. What’s one book, which you read as a child or a young adult, that has had a lasting influence on your writing?
So many. I was that kid who was reading constantly, so I basically marinated myself in influences. But I’ve been digging through my old books to find new reading material for my seven-year-old daughter, and rediscovered The Farthest Away Mountain by Lynne Reid Banks. It’s a slim little fairy tale book about a flawed female protagonist, with a little bit of Beauty and the Beast transformation flair and a lot of “things aren’t always as they seem” magic. It put down roots in my writing soul that girls don’t have to be perfect to dive into their own adventures, and that making mistakes is part of life and therefore part of a good story.

Rule [out on May 19th] is the third and final book in the Unraveled Kingdom trilogy, and I’ve had a blast dragging these characters through the wringer. The series follows a seamstress caught up in a struggle against an un just monarchical system, first through grassroots revolt, then attempts at political reform, and finally full-blown military campaigns—and her ability to cast charm and curse magic influences those conflicts. I got to write about eighteenth-century artillery and textile industrialization and exploding apples (really), and I hope it’s as enjoyable to read as it was to write.

---
POSTED BY: Paul Weimer. Ubiquitous in Shadow, but I’m just this guy, you know? Hugo Finalist for Best Fan Writer! @princejvstin.
Posted by Paul Weimer at 12:00:00 AM