This past week I went to my fifth San Diego Comic Con.  I am still recovering from participating in events, panels, off-site parties, and more with more than 100,000 of my closest friends.  The event has seen huge growth through the short five years I have been attending and I feel that the best way to capture my experience is through a series of lists.  Also, if you couldn't make it and want some swag you should enter our contest while there is time.  Click here to do so. 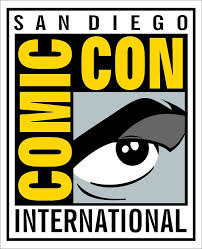 Top Trends in SDCC:
1. Off-site growth - This year there were more and bigger off-site events.  The Nerd HQ, in its third year, moved into the concourse of Petco Park, HBO took over the first floor of a building across from the Omni, Geek and Sundry moved into the original home of the Nerd HQ, and too many to actual list here.  With the sheer number of off-site events, SDCC is something you can experience without having a badge or setting foot into the San Diego Convention Center

2. Camping out - Before I ever attended SDCC I was warned about the lines.  Despite this warning I was still shocked at the length of the lines and how early you had to line up for panels.  I do recall getting into all of the panels I intended to and this is not the case anymore.  My plans for attending the WB and Dr. Who panels were halted when I saw people camping out prior to end of the panels the previous day.  If they are willing to show that type of dedication to be in a panel, may hats off to them and I will find something else fun to do.
3. Twitter - It seems that in order to truly stay in the loop and get the most out of Comic Con you need to have your twitter feed rolling with key individuals to follow.  Bloggers, comic publishers, and others will let you know what is currently happening and help you have a good time among the mobs of people.


My 3 favorite announcements at SDCC:
1. Batman/Superman Movie - It is amazing the amount of buzz and rumblings a simple graphic can produce.  The excitement was in the air upon the announcement and I am pretty sure that all of the attendees heard the eruption in Hall H.  On my flight home when I saw coverage on the CNN app I knew that this was the winning announcement of the con.
2. Gabriel Rodriguez working on Little Nemo in Slumberland - Readers of the blog will know my love of Gabriel Rodriguez and his work on Locke and Key.  I can think of no better artist to be involved on a relaunch of Little Nemo than Rodriguez.  The series is a complete relaunch with a new dreamland, new Nemo, and will be published by IDW.
3. Phineas and Ferb/Star Wars Crossover - I know this was covered earlier this week from Vance, but I got misty when I heard the announcement and saw some of the early art on this project.  It happens during the events of Episode IV, there is a "Sith-inator", and it is going to be amazing.

Top 3 Off-site Locations:
1. The Godzilla Encounter - Godzilla took over a building in the Gas Lamp district for an encounter that required an RSVP and a SDCC badge (wondering if more will go this route).  This event felt like an experience you might have at Disney World or Universal Studios.  You start by touring a Japanese town when everything goes wrong.  The actors in this experience was great, the sets were gorgeous, and the action was pretty good.  One of the more unique experiences I have had at SDCC in the short time I have been attending. 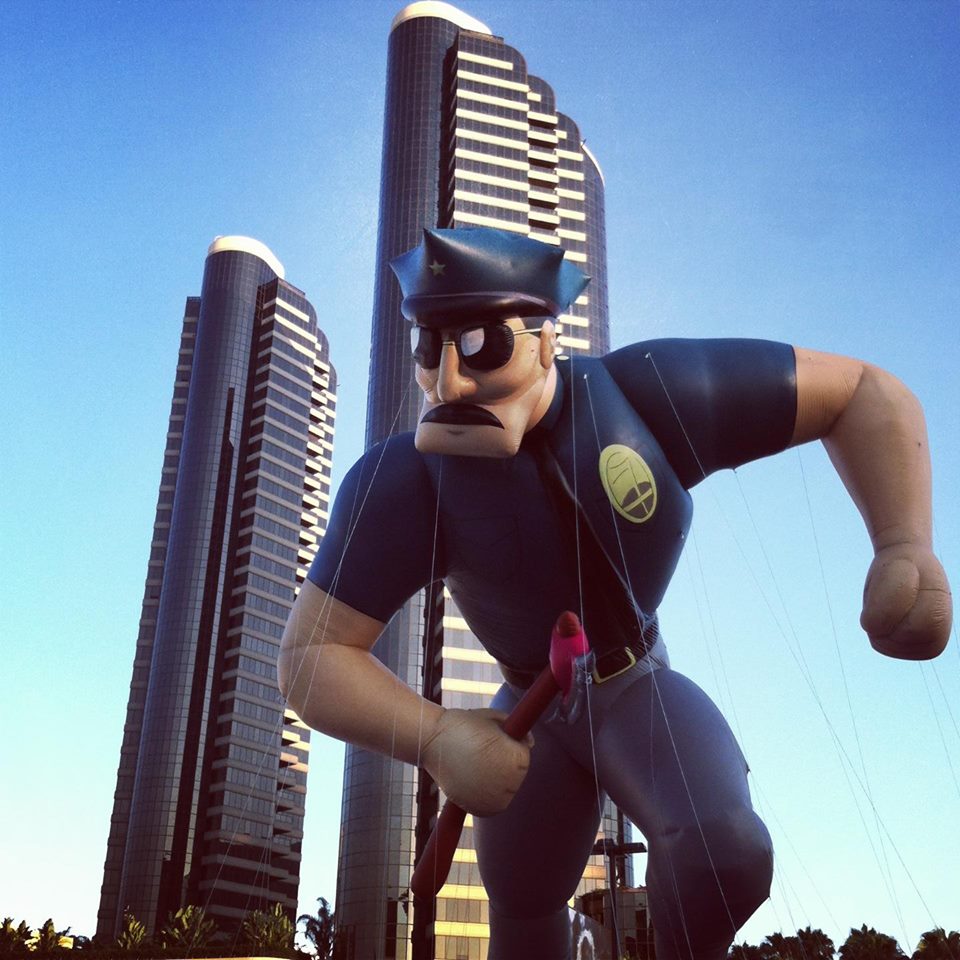 2. Fox ADHD - Taking over a parking lot in the Gas Lamp, the Fox ADHD headquarters featured mini-golf, a 50-ft. Axe Cop balloon, 3-D printed toys, and free pizza.  On top of that it screened episodes of both Axe Cop and High School USA.  Both were great and air this upcoming Saturday night on Fox!
3. Geek and Sundry - Geek and Sundry took over the second floor of a coffee shop in the Gas Lamp and featured board game tournaments (I played and lost in the Star Trek Catan one!), a board game library, game demos, free AMD processors, Wil Wheaton photo booth, and had appearances from Wheton, Felicia Day, and other nerd celebrities.  What I liked about Geek and Sundry is that it was truly low key, fun, and a nice break from the chaos that was everywhere else.

Most overhead complaints at SDCC:
1. Not enough swag - From preview night through Sunday, the most overheard complaint I heard was that the amount of swag handed out was down from previous years.  From what I saw the swag was moved off-site.  I, for one, welcome the move because I find that it helps with flow on the floor.  Additionally, most of the swag really isn't all its cracked up to be.
2. Line jumpers - The folks at CCI really cracked down on line jumpers this year.  I guess when people camp out to attend a panel they don't take too kindly to people cutting in line.  While it did occur and I witnessed several people line jump, it wasn't nearly as common as in years past.
3. Difficulty in getting into Hall H - My friend, who actually didn't complain about this, waited in line from 6am until 3pm to get into Hall H.  The achievement of making it into the great hall was so difficult that people appeared to stay in the hall from open to close.  Don't think I would enjoy hanging out in Hall H all day, but I had a nice time at the Community panel on Sunday.

Top 3 Panels:
1. Legend of Korra - I rewatched book one in preparation of what Nickelodeon was hyping up to be a stellar panel.  After planning on attending this panel I ended up playing in a Star Trek Catan tournament at Geek and Sundry.  My brother attended, got to see the first episode of Book 2 and said that it was great even though he hadn't watched season 1.  I can't wait for Book 2!

2. Dr. Who - Even though I am a newly converted Whovian and I didn't brave the campers to attend this panel, it is likely the last featuring Matt Smith and included the debut of the trailer for the 50th Anniversary special.  My favorite thing is that people in England are upset because their taxes support the BBC which airs Dr. Who and they haven't even seen the trailer yet.
3. Community - Most of the cast was on hand and the audience gave a warm welcome to the return of Dan Harmon.  Harmon carried himself well about the drama related to the show, but the shining moment in this panel was when Dino Stamatopoulos hijacked the Q&A to promote a new project he is working on and to sell some ashcans.  Overall this panel got me interested in a show again that I had drifted away from.  I also fell for Dino's ploy and picked up his ashcan.  It was quite good.

Top 3 Off-Site Events:
1. Course of the Force - For the second straight year Chris Hardwick and the good people at Nerdist Industries hosted the Course of the Force.  It is a lightsaber relay race that runs from Skywalker Ranch to San Diego.  The event raises money for the Make a Wish Foundation and allows people to participate in the race or stop by one of the many local events at each stop in the race. 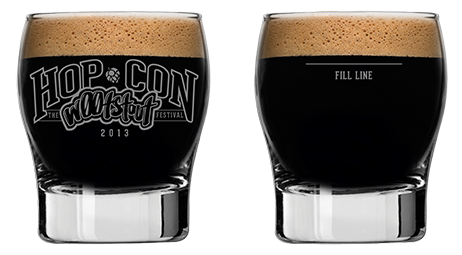 2. Hop Con - Wil Wheaton teamed up with Stone Brewery to release a special beer for Comic Con.  WootStout debuted at the Stone Brewery's new tasting room and your admission to Hop Con got you a collectible glass, eight pours of yummy beer, delicious food, and great entertainment featuring Wheaton and the musical comedy duo Paul and Storm.  I can't think of a better way to kick off Comic Con then through this event and I am extremely grateful I attended.
3. The Walking Dead Escape - The Walking Dead Escape returned to Petco Park with a bigger and better running of the zombie filled obstacle course.  This year the course was more physically challenged, featured more of the undead, and was an absolute blast.  You can win some of the giveaways from the event here. 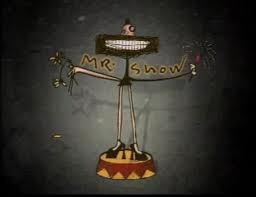 1. No Mr. Show reunion - Almost the entire cast of Mr. Show made the trip to San Diego.  Bob Odenkirk, Paul F. Thompkins, Scott Aukerman, Dino Stamatopoulos, Brian Posehn, and Tom Kenny.  All we needed was David Cross and my mind would have been blown and I would have been camping out.
2. No Locke and Key panel - Neither Joe Hill or Gabriel Rodriguez were in attendance as this title is wrapping up in a few months.  Really would have been great to send off one of my favorite titles of all time in style.
3. No Fables panel - Bill Willingham announced that he would no longer be attending SDCC, but I was still hopeful that the rest of his creative staff would be on hand for one of the panels I look forward to every year.  Maybe next year. 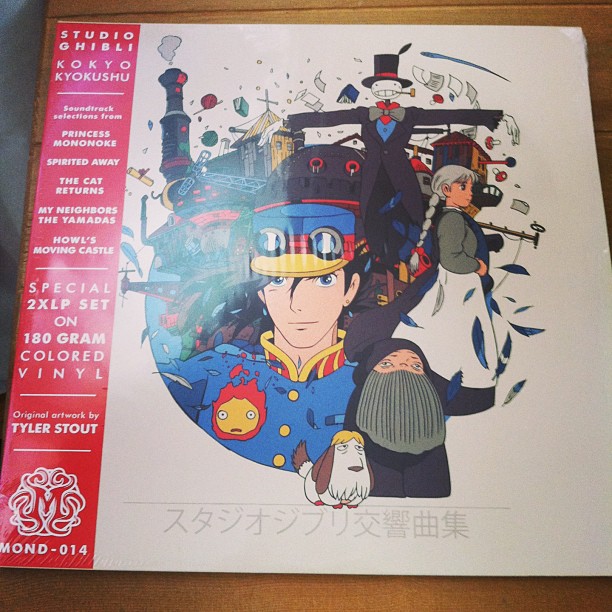 1. Mondo Studio Ghibli record - After a disaster trying to secure a Mattel toy for my daughter, I was wondering the floor trying to meet up with a friend when I walked right past the Mondo booth.  To my pleasant surprise they had just dropped an exclusive Studio Ghibli soundtrack on colored vinyl.  The line was about 10 deep and in a few minutes I had a great prize to take home to the wife!
2. Axe Cop toy - For a chance to win one of your own you can enter our contest here, but I am keeping the one I got.  Axe Cop inspired my first ever cosplay and there is no way I am giving mine away.  Vance is much nicer than I am.  This toy took over 12 hours to print in a 3d printer and 3 hours to be painted by hand.
3. Kid Robot Zoidberg - Through the kindness of a friend I was able to get my hands on the alternate universe Zoidberg from Kid Robot.  This baby looks even better in person and when my daughter Zelda saw is she asked me, "why do you have a Homer crab?"  A better question to ask is why do you not have a Homer crab?  They are great!

As I look over the lists above I realize what an amazing experience SDCC is each year.  I could write until my fingers were bleeding, but will rest now and reflect on the good times I have enjoyed in San Diego the past five years.  Here is to another five more!
Posted by Mikey N at 12:00:00 PM