Dan Koboldt is the author of the Gateways to Alissia trilogy (Harper Voyager) and the Build-A-Dragon Sequence (Baen), the editor of Putting the Science in Fiction and Putting the Fact in Fantasy (Writer’s Digest), and the creator of the sci-fi adventure serial The Triangle (Realm). As a genetics researcher, he has co-authored more than 100 publications in Nature, Science, The New England Journal of Medicine, and other scientific journals. Dan is also an avid deer hunter and outdoorsman. He lives with his wife and children in Ohio, where the deer take their revenge by eating the flowers in his backyard. 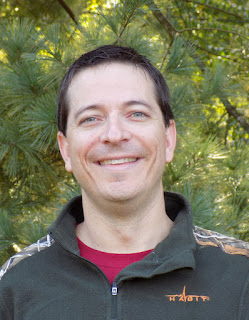 He's also a genetics researcher at a leading children's hospital, where he and his colleagues use next-generation DNA sequencing technologies to uncover the genetic basis of inherited disease. He has co-authored more than 70 publications in The New England Journal of Medicine, Science, Nature, and other scientific journals. 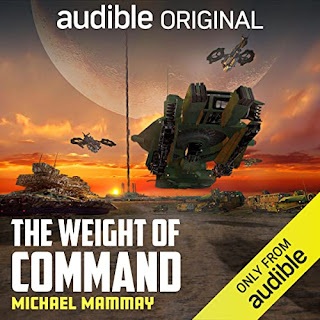 I’m listening to the audiobook The Weight of Command by Michael Mammay. (Full disclosure, Mike is my friend and critique partner). The book is about Kiera Markov, a scout platoon leader for a peacekeeping force on a remote planet. It’s normally a quiet job – keep peace in the populace so that lithium can keep flowing up the space elevator to be shipped off-world. But when an act of sabotage takes out most of the leadership, she finds herself in command (it’s not unlike the show Designated Survivor, where someone completely unprepared for it is thrust into the big chair. In Markov’s case, she’s facing rival politicians on both sides of a simmering conflict, and on top of that she has to find out who’s behind the sabotage. The book is narrated by Cassandra Campbell and I’m in love with her voice. Really enjoying it so far. 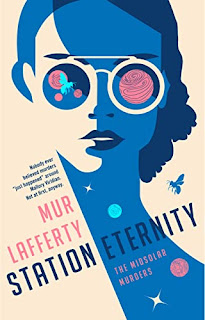 There are so many. One I’m really looking forward to is Station Eternity by Mur Lafferty, which is due out in October. She’d a podcaster as well, so I imagine many Nerds of a Feather listeners know her for I Should Be Writing. She had me on as a guest to that podcast a long, long time ago. I’m also a big fan of Ditch Diggers, the podcast about the business aspects of writing that she hosts with Matt Wallace and numerous substitute Matt Wallaces.

In SF/F Mur is well known for Six Wakes, her Hugo-nominated novel. That was also a space-murder book, so we know she’s good at this kind of story. Plus, Station Eternity apparently takes place on a sentient space station, what more do you need? I confess I’m not certain if her new book is a standalone or the start of a new series, but it has a series name (The Midsolar Murders), so I’m optimistic. 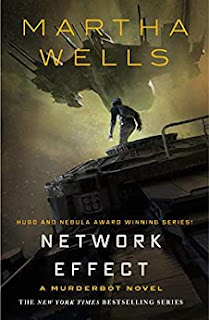 That would be Network Effect by Martha Wells. Granted, I’ve already read it two or three times, but I can’t help myself. I love Murderbot. You can drop into the book or any of the novellas and the experience is the same. It’s like sci-fi comfort food. Great action, interesting sci-fi world, and all told from the POV of a sarcastic, jaded killer android. There’s a decidedly anti-corporate slant to the series, which I dig as well, but mostly it’s the voice and character that keep bringing me back to it. I’m not alone, either. Whenever I meet someone who reads SF/F, we start talking about favorite books, and I bring up Murderbot. They know it and love it, too.

4. Is there a book that you love and wish that you yourself had written? 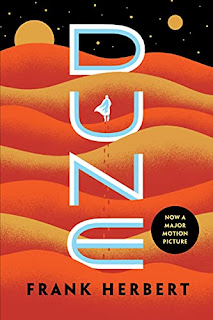 Dune (Frank Herbert) may be my favorite series of all time. I like how it combines fantasy and science fiction elements with complex world-building. So yes, I wish I’d written it mainly because, I’d love to be able to write books in that world, which I’ve read and enjoyed since I was a kid. The header quotes for chapters in my first trilogy were a nod to Dune, as a matter of fact. Sadly, that’s as close as I’ll ever get. The good news is that Brian Herbert and Kevin J. Anderson have written many excellent books in the Dune universe. I’m so thrilled they were able to do that, and I like their books just as much as Frank Herbert’s.

5.   What’s one book which you read as a child or young adult that had a lasting influence on your writing? 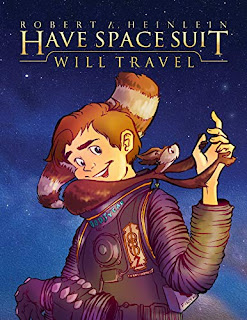 Have Space Suit-- Will Travel by Robert A. Heinlein. It wasn’t exactly a new book at the time (it had been out more than three decades). Nor is it my favorite Heinlein novel; that’s a tie between Starship Troopers and Stranger in a Strange Land. However, it has the distinction of being the first science fiction book I read. I honestly don’t remember much about the book itself. I’m sure it had rockets and aliens and space travel, but I remember the experience of coming to the genre for the first time. Until then, the only genre fiction I’d known was fantasy, namely Lord of the Rings.

Fantasy and science fiction tend to get lumped together in the literary world, and I really don’t understand why. For me, fantasy is about escapism. I like it because I enjoy visiting worlds that are completely different from our own, rich with magic and fantastical creatures. In contrast, I enjoy science fiction because it represents a possible future, an extrapolation of technological innovation and where it could take us. Two very different genres if you ask me, and it’s a shame they’re often treated as one. I write in both genres, and I can say the writing is a very different experience, too. 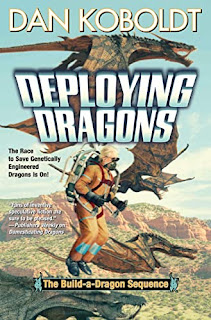 My latest book is Deploying Dragons, which is set in the same world as Domesticating Dragons (2021). Both books are about a genetic engineer who goes to work for a company that produces customized dragons made-to-order. It’s like a combination of Build-A-Bear Workshop and Jurassic Park. In the first book, he has to figure out how to domesticate the dragon prototype so that they can develop different models to sell as household pets. In this book, the new book, they embark on a sort of biotech arms race to develop dragons for use by the military.