Not a great follower, but still a good time. 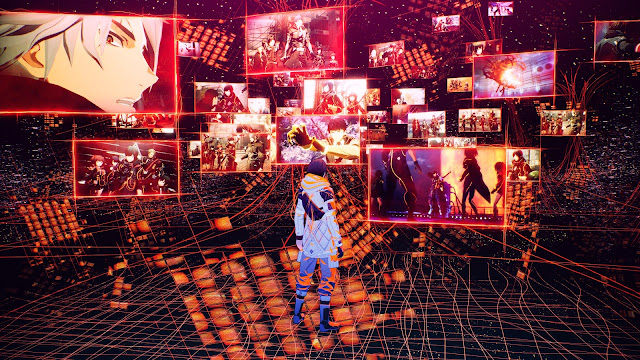 Odd beings called Others have been tormenting humanity for centuries, and it's up to members of the OSF to stop them. But even with their superpowers, two new rookies find themselves in a struggle that will affect the outcome of the entire planet. Play as Yuito Sumeragi and/or Kasane Randall as they unravel the mysterious power of the red strings and solve the issue of a massive black hole called the Kunad Gate. Form friendships with other platoon members and level up combat prowess and synergy all while discovering the hidden motives behind a rebellious uprising. 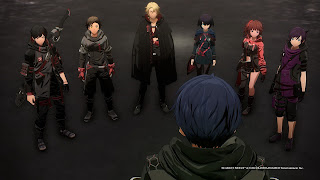 Scarlet Nexus is a narrative-heavy action JRPG developed by Bandai Namco Studios and Tose. The game takes heavy inspiration from two of the genre’s best; Nier:Automata and the Persona series. The gameplay and story structure follow Nier:Automata while the relationship and bonding are noticeably influenced by Persona’s social link system. While these are both fantastic inspirations, Scarlet Nexus never reaches the lofty goals it sets out to achieve. Nevertheless, there is plenty of fun to be had in the meantime.

The main draw of Scarlet Nexus’ gameplay comes from its SAS (Struggle Arms System) gameplay. The player controls either Yuito whose movements are stronger yet slower or Kasane who has a bit more speed but less power. While their attacks differ (though control the same), their main psionic power; gravikinesis, is shared. The power allows them to use their mind to move objects, similar to psychokinesis. This power is used in the heat of battle, as well as to solve some simple puzzles. When combined with other party members through the SAS gauge, the combat becomes exciting. Each character leads a different platoon with a different set of party members. 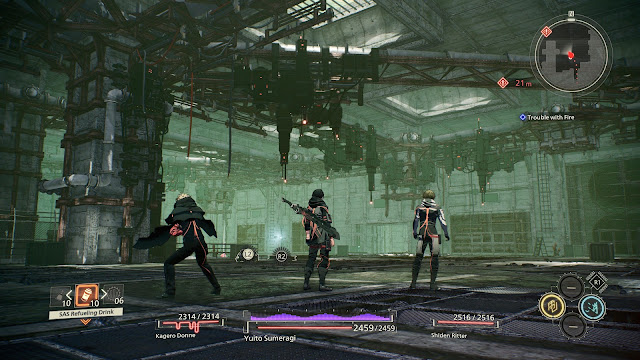 Yuito platoon is home to characters with pyrokinesis, clairvoyance, sclerokinesis (temporary invulnerability), and teleportation. Kasane's platoon offers invisibility, electrokinesis, duplication, and hyper-velocity. The only powers that are slightly similar are those of Hanabi and Shiden (electro- and pyrokinesis). They are used for similar functions but have extra effects under different circumstances. For instance, an enemy soaked by water is weak to Shiden’s electricity, while one drenched in oil will be vulnerable to Hanabi’s flames. All the other powers are unique and offer different strategies mid-gameplay. This makes the SAS fun to employ while fighting Others. Do I go invisible and go for a critical attack, or do I enter hyperspeed and attack before they even have a chance? Over time, the player is given the ability to activate more than one power at a time, and that’s when the real fun begins. 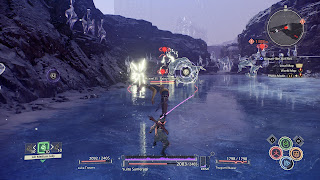 The main issue I had with these different squads is that I found one to be better than the other. Kasane’s squad makes it significantly easier to empty an enemy’s crush gauge (stamina meter that lets you immediately finish off an enemy). By activating Kaguro’s invisibility and Kyoka’s duplication, enemy crush gauges are immediately depleted. I decided to play Kasane first, so I spent some of my Yuito play-through wishing for the other set of platoon members. That’s not to say Yuito's platoon was not enjoyable to play with, just an uneven experience. 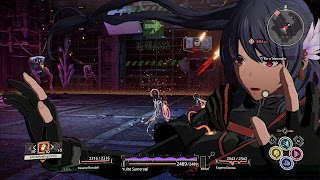 What Yuito platoon lacks in ability dominance, it gains in platoon character quality. While I enjoyed some members of Kasane’s squad, most never jelled with me. Shiden is a complete jerk the entire game, even when he shows vulnerability. He still left a sour taste in my mouth after maxing my friendship with him. I enjoyed all the characters in Yuito's platoon and was happy to further my bonds with them.

Unfortunately, the bonding system can become a bit of a drag. There are twelve chapters per character, and between each is a standby phase. That standby phase is used to advance friendships and increase social bonds with your squad mates. Later in the game, the player has access to more characters, making it become a grind when you have to watch a ton of cutscenes in a row. This is worse on the second play-through. It also doesn't help that the last few chapters are essentially the same between the two playable characters. 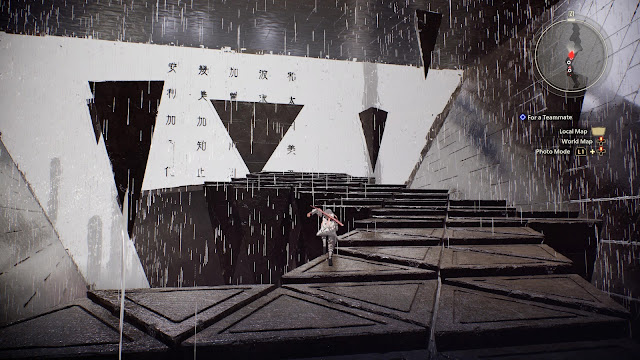 Exploring the world of Scarlet Nexus is a mixed bag. At times the levels are appealing, pulling me in and making me want to explore. At other times, the levels were hideous and made me question whether I was playing a PS5 game. Scarlet Nexus also has the issue of level overuse. Finding myself returning to some of the same levels repeatedly got old. But at least the soundtrack was nice to listen to while I was exploring, and the title song pumps you up before you enter the game. 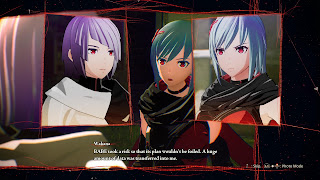 While the main story has many complexities and side stories intertwined throughout, some of the character motivations are rather odd. They waver frequently and don't seem to have any solid ground. This left me with a lot of questions that I thought would be answered in my second run with Yuito, but they never were. I realized it was just poor writing. There are many instances of this throughout the game, sometimes reactions were unrealistic given certain situations—which sometimes made me laugh audibly. Sometimes the conveyance exposition is so blatant and poorly implemented that I had to pause the game and reflect: is it that bad, or am I being snobbish? Some of the acronyms are comical. It surprises me that quality assurance thought it wasn't ridiculous every time a character mentioned BABE with a serious demeanor. Despite this, the story is still intriguing, and most of the characters are fun to interact with making it worthwhile to see the game through.

Though Scarlet Nexus hits many snags, some in pacing, and some in writing, the gameplay loop remains enjoyable. Bettering each character’s friendship with the main character allows you to create better combos with them in combat and expand the lore. Though the game never answers why Others look the way they do (for instance one has a fig (yes, the fruit) on its arms with a lightbulb on its head), it does answer most of the story-based questions it asks. Even if the character motivations still left me confused. Despite not reaching the heights of either of its influences, Scarlet Nexus is still worth exploring for its story, characters, and gameplay if you’re looking for an action JRPG fix.
The Math
Objective Assessment: 7/10
Bonus: +1 SAS combat system. +1 intriguing story. +1 for a fun soundtrack.
Penalties: -1 for odd character motivations. -1 for time-traveling plot holes. -1 for poor writing at times. -1 for poorly implemented exposition.
Nerd Coefficient: 6/10
Posted by: Joe DelFranco - Fiction writer and lover of most things video games. On most days you can find him writing at his favorite spot in the little state of Rhode Island.
Posted by Joedelfranco at 12:00:00 AM